J.K. Rowling Just Released A Patronus Quiz Just FYI For All You Nerds Out There 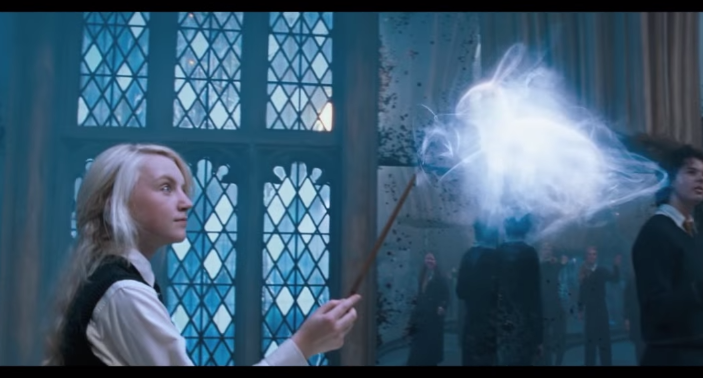 This morning J.K Rowling reached down from her magical heavens to grace us with yet another way we can feel like we belong in the wizarding world. She announced from her Twitter that on her website, Pottermore, you could now take a quiz to figure out what your Patronus is.

In case you don’t know all things “Harry Potter” (fucking muggles), a Patronus is a one of the most power defensive spells in the “Happy Potter” universe. Basically it’s a positive energy force that fends off dementors and helps a wizard in trouble. And if you produce a full-fledged one, it takes the shape of an animal.

From Harry Potter Wikia (yes this is a real thing):

“This ancient and mysterious charm conjures a magical guardian, a projection of all your most positive feelings. The Patronus Charm is difficult, and many witches and wizards are unable to produce a full, corporeal Patronus, a guardian which generally takes the shape of the animal with whom they share the deepest affinity. You may suspect, but you will never truly know what form your Patronus will take until you succeed in conjuring it.”

In the books (and movies, fine) these are pretty central elements of the plot. Harry’s Patronus takes the same form as his dad’s, Snape’s takes the form of Harry’s mother’s (whom he was in love with) and Tonks’ changes after she falls in love with Lupin. Is my nerd showing?

Anyway, the point is, the spell is very important, has a wonderful meaning (I mean, come on, a positive energy that dispels bad shit?), is very personal, and makes for an awesome Halloween costume. And now we can figure out what ours would be. You know, since we never actually got our Hogwarts letters when we were eleven like we were supposed to.

The quiz (which was written by Jo so you know it’s legit) is now live on Pottermore, because sometimes good things happen to bad witches..