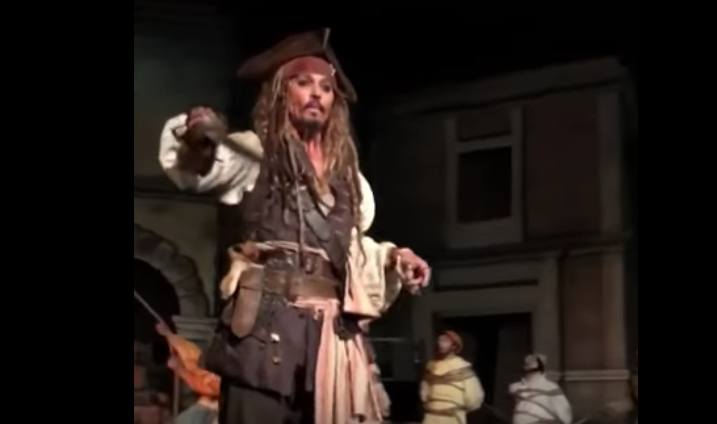 I’ve always had an obsession with Johns. Something about them just gets me going. It all started when I saw “Grease” for the first time in 5th grade and was immediately in love with John Travolta (shut up, he was 23 and hot). His voice, his hair, his effortless sex appeal. I got a giant poster of him, I kissed it every night, and I convinced myself that we would end up together. Oddly enough, he never returned my fan mail, and my obsession with him died down a bit when I realized he was older than my father. The breakup was mutual and we parted ways as friends (yet I do still have the email address MrsDannyZuko. Hate on it).

After that, I moved along to other well-loved Jo(h)ns. Hamm. Krasinski. Mulaney. Hell, my boyfriend’s name is Jon, if that says anything about how serious I’ve taken this whole thing. Each time I’ve been convinced that this John was ~the one~ and each time I was let down (the jury is still out on my boyfriend). That said, no John obsession of mine has ever been as strong as my love for Johnny Depp.

There was an instant pull to my heart the first time I saw him play a pirate in 2003. Something about his accent, his hands (I love me some good hands), his confidence and swag — I had never in my life felt like that. I watched every Johnny Depp movie. I watched him in the original “21 Jump Street” and “Nightmare on Elm Street.” I got “Pirates of the Caribbean” everything. I did things to his cardboard cutout that I can’t even type here.

Johnny Depp is the love of my life, and I don’t care who knows it.

So, when I found out that he randomly showed up at Disney, I was pretty pissed. According to a recently uploaded YouTube video, Johhny dressed up as Jack Sparrow and took over the “Pirates of the Caribbean” ride in California like the true pirate he is. At first, I didn’t believe it. I’ve been to Disney more times than I can say. I’ve kissed the actor who dresses up and walks around the park as Jack Sparrow. I figured it was just a good lookalike.

But then, the tweets started rolling in, and I can say with sincere honesty, that I hate every single person who got to see him with a burning passion. I hope nothing else good ever happens in their lives.

The usual robot Johnny was removed or destroy or taken to WestWorld so that the real one could give everyone watching an orgasm just from the sound of his voice. According to commenters, the other animatronics were turned off so our man could have the spotlight. Anyone else furious just looking at these stupid videos?

It’s rumored that Disney keeps a costume at the ride for him, so he can be a part of the experience at any time. While no one knows why he went (or whether or not he got paid), I think we can all agree: It would be best if he told us the next time he decides to dress up as our number one sexual fantasy at the most magical place on Earth. I mean, considering the amount we’ve spent at Disney over the years, it’s the least he could do..