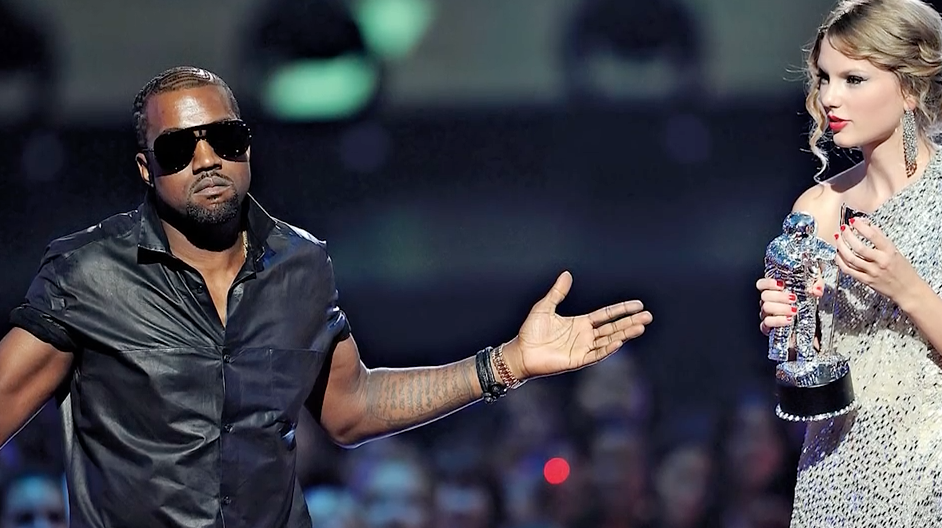 Ah the long, twisted road that is the relationship between Kanye West and Taylor Swift. He unveiled Taylor’s innocent-victim charade and revealed her for the media manipulating popstar that she is. The sad part is, manipulating the media isn’t bad. It’s actually quite smart, and is the key to longevity. If she didn’t try to pretend like she wasn’t doing it, this whole thing wouldn’t have blown up in her face in the first place.

But I digress. Here we are now. Taylor Swift is probably somewhere hanging out with models, writing music, or writing out some master plan to repair her damaged reputation. Kanye West is pretty much on top of the world keeping busy with his family, his Yeezy line, and his “Saint Pablo Tour.” Last night the rapper’s tour stop was in Nashville, Tennessee.

Sticking to his usual setlist, Kanye plays “Famous.” Except after rapping the lyric, “I feel like me and Taylor might still have sex,” Kanye interrupts the song to have a little chat with the audience.

So many people told me, “You’ve got to take that line out of the song. You got to play it safe.” But this is what rap music is. This is what art is. Saying how you feel. And this song is how I feel.

Feeling moved by this sentiment, the audience responded by chanting out “Fuck Taylor Swift.” This a pretty petty move considering Nashville is one of the many places that Taylor calls home. Kanye then plays “Famous” two more times to really drive the point home.

Kanye West performed 'Famous' 3 times so he could tell Taylor Swift how he feels about that line #SaintPabloTour #Nashville pic.twitter.com/19ULrP8UOV

Watch out Nashville audience, you might just see Ms. Swift in court..