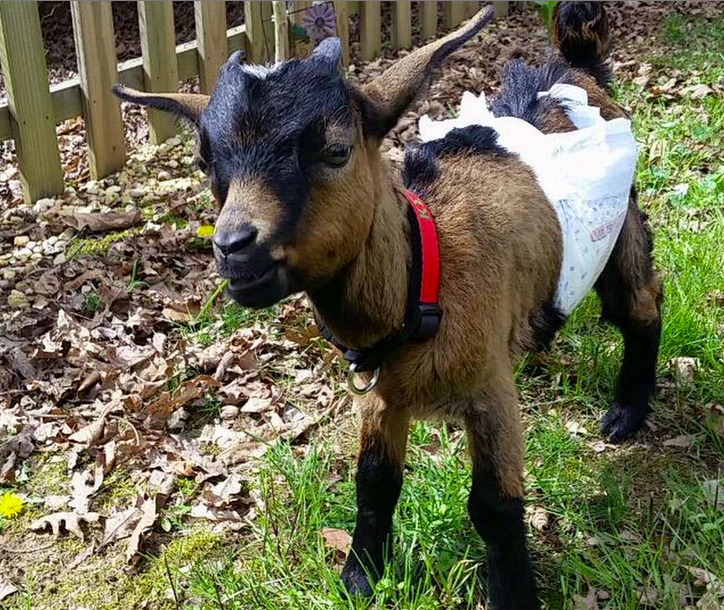 We’ve all heard from a frat hound, right? A cute puppy that a fraternity adopts in what I’m pretty sure is an attempt to get laid. And let’s be real, it totally works. But I recently learned about an alternative to the frat hound and I have to say: It might just be the best thing ever. I mean, if I saw this guy chilling on the front porch, I’m definitely coming up to check him out.

Meet Ranger, the goat, who lives at the Kappa Sigma house at Tennessee Tech. You may have heard about Ranger earlier this week, when another fraternity tried to kidnap him. Since the news broke about his kidnapping, I was blessed enough to have him follow me on Twitter, and I have to say, if you can’t go meet this little ball of cuteness in person, his Twitter is the next best thing. Ranger spends his days tweeting about #goatlife, which seems remarkably similar to the life of a sorority girl…

He’s not a great driver.

When dads not looking I like to eat goat feed out of the bag until I'm 3,000 pounds #goatlife #fatgoat pic.twitter.com/zfmhFRXkwL

And maybe over drinks.

When dads not watching I like to submerge my entire face into his water glass. #goatlife #staythirstymyfriends pic.twitter.com/8YKZtjLOo9

Ranger, I think you and I are soulmates. If I’m ever in Tennessee, I’ll buy you a beer… or some goat feed..