Kardashians Sign Record-Breaking $100 Million Dollar TV Deal, Will Continue Being Famous For No Reason For The Next 4 Years 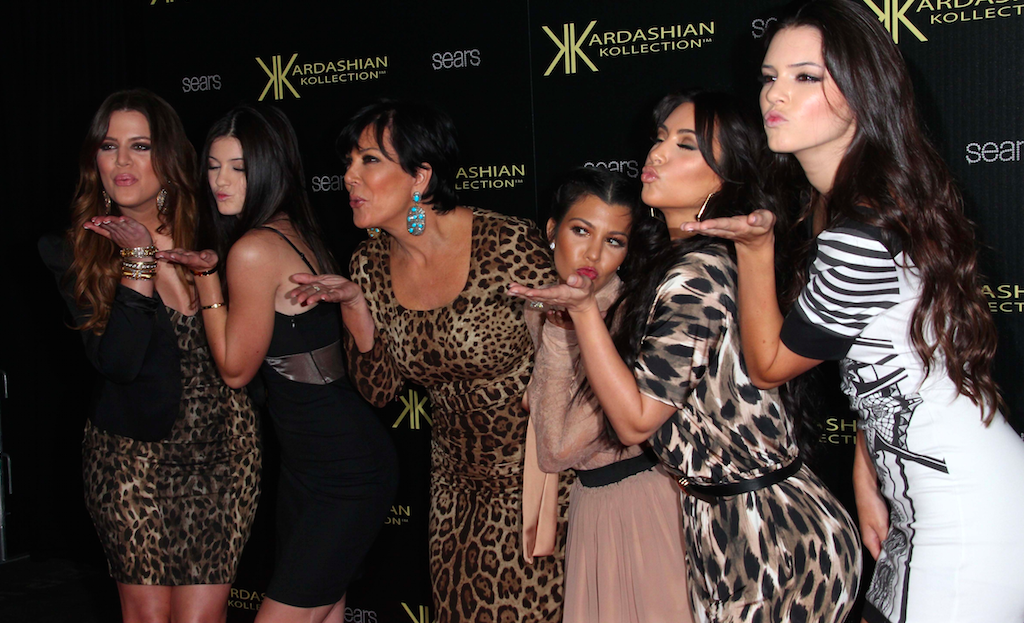 Look, I hate the Kardashians and there’s really nothing anyone could say or do to convince me otherwise. They are the definition of “famous for being famous” — and it all originates from one grainy, disgusting sex tape. Or, as Amber Rose refers to it, the time “Kim let RayJ nut on her.” Graphic but true.

While I know the Kartrashian (I don’t know who first coined that, but I love them for it) diehards would simply tell me that I hate them because I’m jealous, I’d beg to differ. Yes, maybe I am jealous of their wealth — because, let’s be honest, who isn’t — but I am definitely not jealous of how fucking stupid they are, or how messed up their family is, or how all of Kris’ grandkids will someday find out that the reason they attend Choate is because their mom or aunt or whoever fucked some washed up rapper without a last name on camera. As far as the jealousy to annoyed ratio goes, I’d probably say it’s about 7 percent jealous, 93 percent annoyed. So, yeah, I definitely hate them more than I want to be them.

Why people like them is actually beyond me. I honest to God do not get it. If I want to see pictures of a fat ass wearing a too-tight dress, I can look in the mirror. If I want to listen to bitches argue over whose life is the hardest, I can walk into our office’s break room and have lunch with the interns. So why the fuck we, as a society, are so enthralled with this family baffles my pea-sized mind. But we are. We are obsessed with them. So obsessed, in fact, that they just got a one hundred MILLION dollar deal to re-up their contract with E! for four more seasons.

Unfortunately, the only one who I really give a shit about (Bruce, because, duh) will not be on the show and it looks like neither will Rob. Basically the gender wage gap is real unless your name is “Kardashian.” No vagina to (quite literally) whore out? No paycheck. As far as Kris is concerned, unless you’ve got a hoo-ha that you’re ready and willing to fill up with the sperm of a rapper, you can just show yourself out of the family Christmas card. Who knows — maybe that’s why Bruce is getting a sex change. A man’s gotta eat, you guys.

Anyway, according to Page Six, the family will be on E! for at least four more seasons of “Keeping Up With The Kardashians” as well as all of its subsequent spinoffs that take place in cities where only people addicted to coke live. So there you have it. If nothing else, I hope the founding fathers are proud. One can only assume this sort of fame is what they meant by “life, liberty, and the pursuit of whorishness.” .