Katy Perry Gets Naked Because She Wants You To Vote 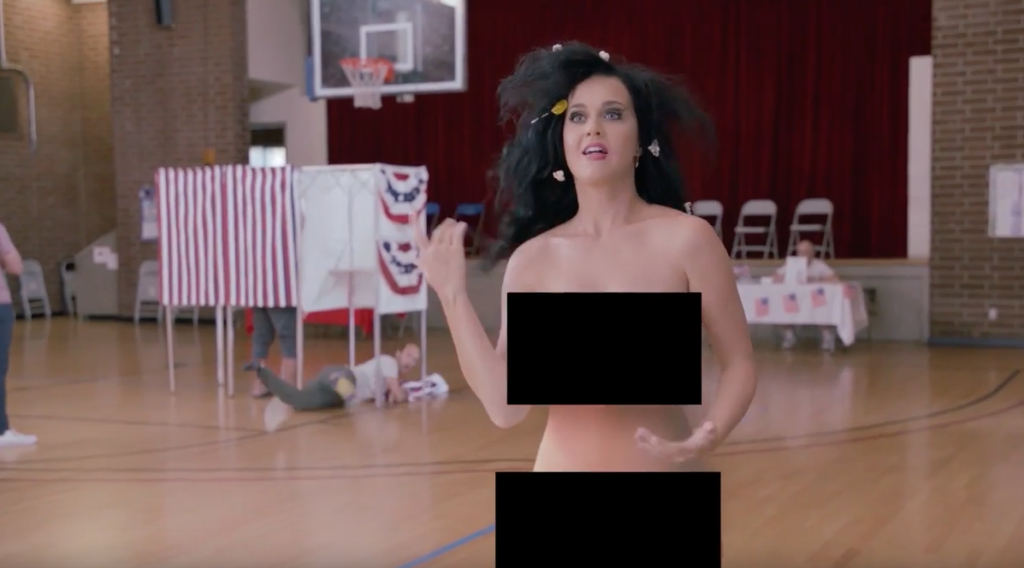 We’re in the thick of election season. Whether you like either of the problematic candidates or not, it’s important to vote. But don’t let me tell you. Take it from Katy Perry.

Political activist and apparent nudist (no wonder she gets along with Orlando) Katy Perry wants to remind you to vote. As if we didn’t already know, she’s here to inform us that you can go out in public to vote, even if you look like you’ve just rolled out of bed. I’ve been sticking to my get-ready routine of rolling out of bed for years now and will now continue to do so. Thanks, Katy!

But because she looks like Katy Perry, she sleeps in the nude and not in an XXL t-shirt and boxers leftover from a “Risky Business” themed party. Showoff. That brings us to life tip #2 from the “Teenage Dream” herself, don’t vote naked. Aren’t you glad she told us?

Be an American and go out and vote. The celebrities say so..