Reports today claim that Kylie Jenner may be pregnant by boyfriend Travis Scott, and the pair are expecting a girl. TMZ broke the news:

Sources also say 25-year-old Travis Scott, Kylie’s boyfriend, has also been telling his friends. We’re even told — although we cannot verify — that he’s told friends they’re having a girl.

One source says Travis was at a recent event telling people about the pregnancy and how his life was going to change.

Plus there’s this suspect photo that Kylie posted to her Snapchat earlier today. 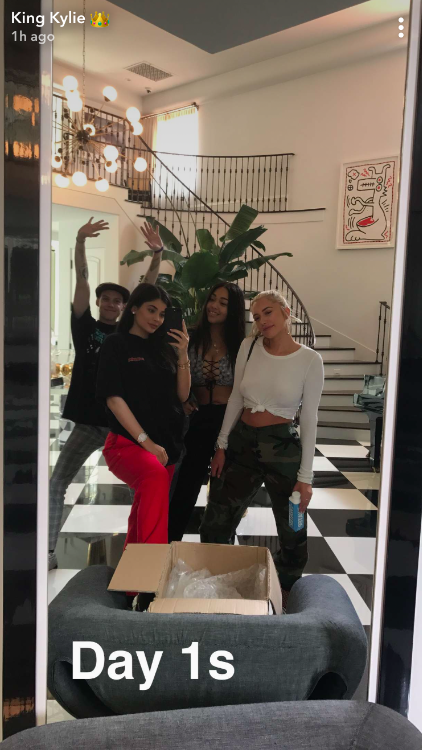 She looks a little bit pregnant, but also a little bit like she’s just wearing a giant t-shirt. Until we hear word from Mama Kris, the rumors, to me, will remain just that. A pregnancy with a guy the 20-year-old has only been dating since April doesn’t quite fit Kylie’s brand, aesthetic, or life right now, so time will tell.

If it’s true, I will blow my fucking lid. I mean, sure, you can’t always plan for these things, and if she’s happy, then I’m happy, but did anyone think about what I wanted? Come on..