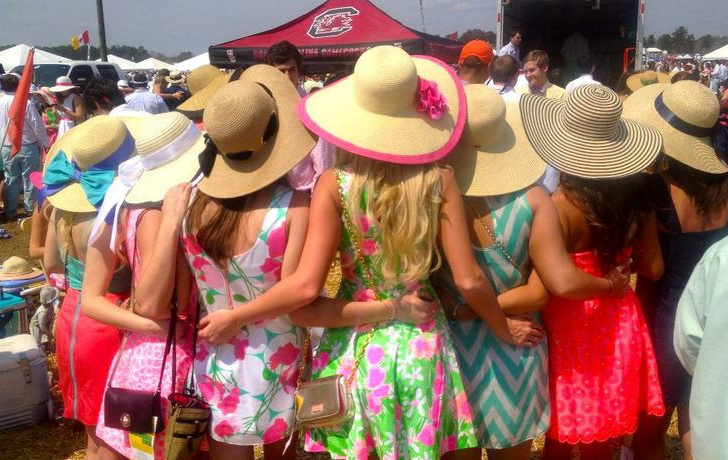 There’s a trend running rampant across the country right now: sorority and fraternity emails are being leaked, left and right. Nearly every time it happens, there are severe consequences for the chapter in question, or at least for the sender of the email. Why? Because these emails are sent among friends, who are making private jokes to people who understand their personalities. When they go public, they are taken at face value. The only solution? Stop sending emails that could get your house in trouble. If you wouldn’t want the whole world to see it, don’t put it in writing.

Here are some examples of emails that could go horribly wrong.

The Email:
Tonight is our mixer with TDX. That’s right ladies, HUMAN MALES. No rabbits or showerheads for YOU tonight. Get excited. Anyway, Laura and I have so generously offered up our apartment for a pregame. The theme is “alcoholism.” There will be Jell-o shots, vodka, and a gin bucket. We’ll probably play some party games. Whoever doesn’t die gets a prize. If you’d like beer, bring your own, because 1) we’re not made of money, we don’t have boyfriends…I mean jobs. 2) Pretty girls don’t drink beer. On second thought, don’t bring beer.

Come at 8:30 p.m. (boys will be here by 9, and I KNOW you don’t want to be sober for their arrival) to the University Courtyards, building 12, apt 311. Must be 21 to enter (lolololololol jk) I think the buses leave at 10. I tried to reserve a hospital bed ahead of time for our group, because surely somebody will end up there. They hung up on me. Can’t wait for tonight! Later, slamwhores.

The Chapter’s Takeaway
The sender of this email is a party girl, and is planning to host a pre-party event before tonight’s mixer. There will be a lot of alcohol. Sounds like fun.

The Public’s Takeaway
The sender of this email is making light of serious abuse of alcohol, while promoting underage drinking. This should not be one of the ideals of any organization. While simultaneously perpetuating alcoholism, she insults the girls who are supposed to be her sisters for their choice of beverage, and the implication that they are “slamwhores” who need to be under the influence of alcohol to be around men.

The Verdict: Social probation for the chapter for two semesters, with a severe focus on alcohol awareness.

The Email:
So, ladies, last night was my third date with that guy Trevor Wellington IV (that’s right, bitches, the mother fucking fourth) in Sigma Chi. There was drinks and dancing, and we got Papa John’s at last call, so that’s dinner. Three dates. Needless to say, he’s my dream man. He’s pre-med and I’m pre-wed, so it’s really a match made in heaven. I had no choice but to go home with him. We did the deed, and I’m pretty sure he’s getting ready to propose. I wrote my ring size down on a Post-it, which I left on his laptop, so he’s sure to see it sometime this semester. As soon as he texts me, I’ll send out the save the dates.

I’m writing for two reasons, aside of course, from announcing our impending nuptials: 1) If a single one of you thinks about moving in on my man before I have a chance to trick him into coming to formal, I will hunt you down and murder you. Nay, I will put Nair in your shampoo bottle. What Trevor and I have is real. 2) While I didn’t get an orgasm out of the deal, I did get a shack shirt of the Sigma Chi variety, and I just don’t think our girls have been sporting enough of these around campus, so really, I’m just doing my part here. When we win Derby Days, I’d just like to say, “you’re welcome.” I’d love to stay and chat, but I’ve got a wedding to plan, and a morning after pill to purchase.

The Chapter’s Takeaway:
The sender of this email had a one-night stand that she wants to tell her friends about. She’s slightly ashamed, so she approaches the situation with humor. Though the chances are small, she wants everyone to know that if he calls her again, she’ll go in for round two, because duh. Trevor is hot.

The Public’s Takeaway:
The sender of this email is not only shallow (as she cares solely about Mr. Wellington’s money and status), but also misguided. She doesn’t respect herself, and demands no respect from him, yet expects marriage out of a drunken night together. She even goes so far as to begin planning their “I dos.” By degrading herself, she perpetuates misogynistic ideals, namely the notion that her body is her worth, and that a man’s needs (in the bedroom or otherwise) are more important than her own. In addition, she turns on her support system in her time of serious need, threatening to murder her sisters, or alter their physical appearance.

The Verdict: Termination for the sender of the email.

The Email:
Recruitment is upon us. That means from now until Bid Day, I own you, and you will follow my very specific rules. Between now and Bid Day, you are not to leave the house without full hair and makeup. If you look at yourself in the mirror and don’t think you look good enough to make your boyfriend’s ex-girlfriend want to kill herself, you should stay home. Do not wear shacker clothes. Do not wear sweatpants. I don’t even want you to look like shit at the gym. Recruitment is 24 hours a day from this point forward, which means from this point forward, you need to look the part. Don’t look like a stripper, and don’t look like a Kindergarten teacher. You’re not trying to fuck these girls or babysit them. Find a healthy balance.

It’s also important to keep in mind during this process that we are trying to look a certain way for a reason. The fact of the matter is we get the best girls, because we are the best, and it’s important to maintain that. It’s a shallow few weeks, and it’s okay to be shallow. The PNMs are judging how we look, and at the end of the day, we’re at least partially doing the same thing. If a girl shows up who didn’t give a shit about her presentation (no makeup, reeks of alcohol, whatever), drop her. If she did give a shit, but she’s not…up to our standards, still drop her. It takes one pledge class to change a sorority, and we don’t want that to happen. Don’t ask yourself whether this girl is a cool person. Don’t ask yourself whether you’d like her as a friend. Ask yourself if you want her to represent your letters. If the answer is no, then she’s gone.

The Chapter’s Takeaway:
A harsh reality from a stressed out, over-caffeinated, absolutely crazy recruitment chair. She’s not nice, but she’s not wrong. Recruitment is about so much more than looks, but first impressions are everything, and we need to be putting forth our best effort.

The Public’s Takeaway:
Sorority girls are shallow, horrible people. Nobody should want to be a part of an organization that only cares about what’s on the outside. Those girls aren’t real friends. Also, they’re bitches.

The Verdict:
The chapter in question will not be permitted to participate in formal recruitment for three years. The current recruitment chair will be forced to step down from her position. Nationals will have a representative check in on the chapter at least once a year.

A list of leaked sorority and fraternity emails is below. In almost every case, the person who wrote the text of the email (or Facebook post) was terminated. In some cases, the chapter lost its charter.

1. Rebecca Martinson, “deranged” DG from the University of Maryland, gives us the term “cunt punt.”

2. Willamette Sigma Chi’s private Facebook group is screenshotted and leaked and they lose their charter.

3. ATO at Vanderbilt writes try-hard “bro” email to rushees (whom he addresses as “Fuckheads”).