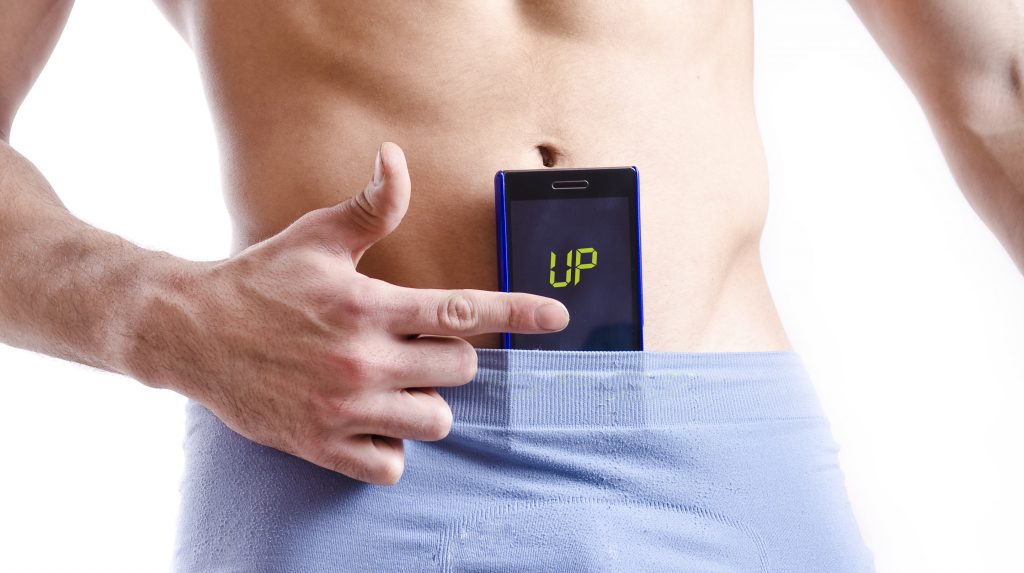 Let’s talk about the phenomenon that is the dick pic. Behind the glowing glass screen of our phones, right in our pockets, purses, or hands, there holds a hidden collection. Whether it be in a hidden folder, the details of a text exchange, or maybe just right in your camera roll (you cheeky thing, you), at least one dick pic can be found. Which got me to thinking. Receiving a dick pic has become such a normal, expected, and even blasé part of modern relationships. But why? How did something formally so taboo become so normal?

So I grabbed my glasses, opened up my laptop, and began my investigative research into the history of dick pics. After several Google searches, I couldn’t find the info I was looking for. Mostly because, there isn’t much of a history at all. Pre-camera phone, there wasn’t really a huge female market seeking out pictures of male genitalia. There weren’t really male boudoir photoshoots. Girls weren’t opening up there mailboxes to find letters from Timmy, Bobby, or Freddy including a printed black and white photo of their junk. Playboy started “Playgirl” featuring nude males, but it didn’t find the huge audience that its female counterpart did. No one was really itching to look at pictures of dudes’ crotches.

Which brings me to my next burning question: are we even really turned on by dick pics? Personally, I am not. It’s not visually appealing to me. Yes, it serves its purpose, and I can appreciate a good one when I see it, but a photograph of it? It’s just not something that I find, well, arousing. But since I stand more on the vanilla, boring side on stances like this, I took to Twitter dot com to see what other girls thought.

Only 21% of the 375 people that took my poll genuinely enjoyed a good dick pic. Which is crazy when you think about it. Why is everyone partaking in this when only a small percentage actually want it.

So maybe there’s more to the story. Maybe we’re letting this movement live on not because we enjoy it, but because it boosts our ego. A solid reason.

@rachelpage_ they're the worst but i feel like….flattered? if i get one? we can't win idk idk idk idk pic.twitter.com/0iYem5APnE

Or maybe we do it because it serves a research purpose. You wouldn’t buy something online before browsing through pictures of it first, so maybe this is the same thing.

@rachelpage_ good for knowing what you're working with. only when I ask for em tho.

Or is it a power play? Knowing you hold his manhood right in your phone is a pretty big leverage.

So help me out. Maybe my poll is skewed and my audience has the same mind set as I do. What are your thoughts?

Let’s say you’ve been texting a new guy you’re interested in. You haven’t had ~sexual relations,~ and you don’t know what he’s working with yet. Then the conversation turns sexual. He sends you a solicited (lucky you) dick pic. Do you genuinely enjoy it?.