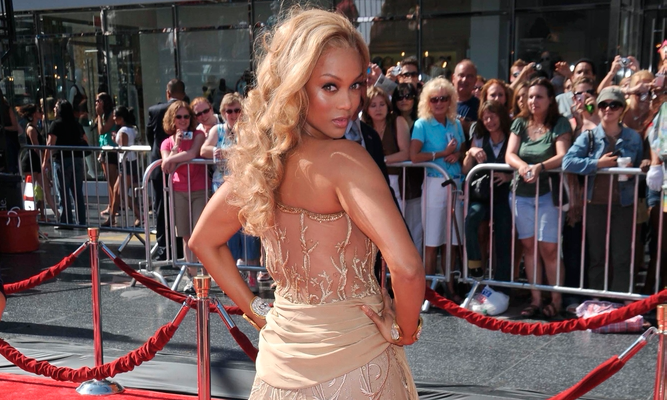 I’ll admit, it takes a lot to get me excited. I like to think it’s because finals week has killed my enthusiasm, but really it’s probably just that I’m kind of a bitch. Either way, this news is something so big that even I broke out of my finals induced slump to get excited about it. Tyra Banks just confirmed to Variety that she’s not just producing “Life-Size 2,” she’s acting in it.

You all remember “Life-Size,” right? That adorable Disney Channel movie where pre-breakdown Lindsay Lohan brought a Barbie doll named Eve (Tyra Banks) to life during some creepy spell meant to bring her mom back? I’m pretty sure every girl who grew up in the ’90s loved it. And now they’re bringing it back like we’ve been begging them to do for years. Banks announced in 2014 that she had already signed on as executive producer and that the script was in the works, but in an recently published interview she expressed her excitement at getting to act in the film again.

Banks “joked” that, “There is no one that can play Eve but me, thank you very much!” (It’s okay, Tyra, we know you aren’t joking and there’s an entire generation that agrees with you.) As of right now, Banks says that no other casting decisions have been made, but I’d say it’s a safe bet that Lohan won’t be making another appearance.

Banks said that the movie is being slated for the holiday season of 2016. She has high hopes for the movie, stating that “I think it’s going to be a blockbuster on TV.” I’m right there with you, Tyra. I know at least one girl that will be locked to her TV on premier night..