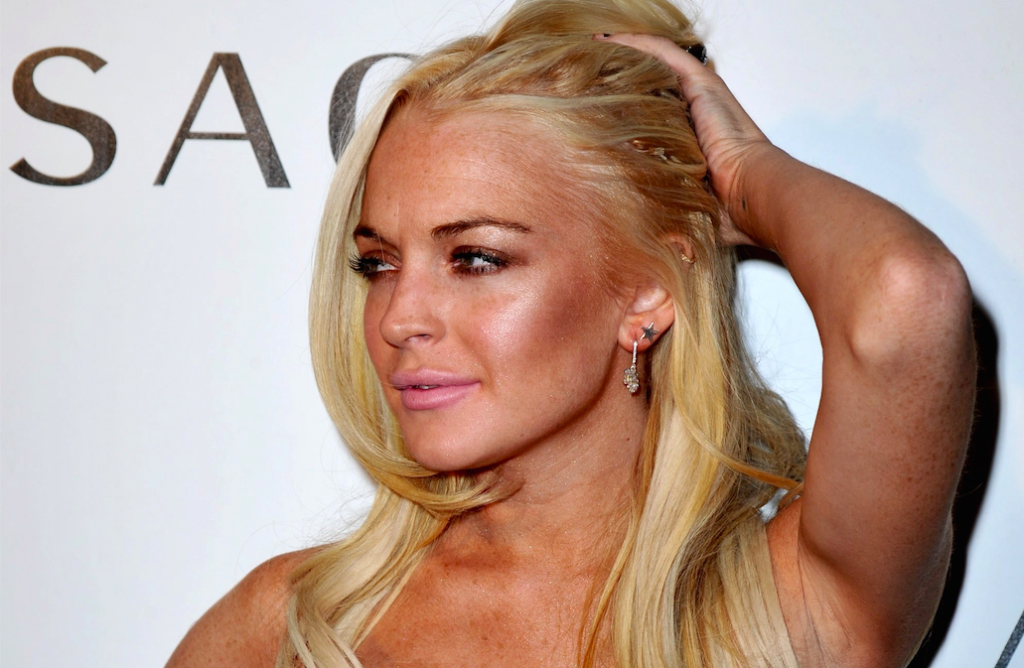 I used to love Lindsay Lohan. Like, LOVE her love her. She was cute and quirky and sassy and she starred in “The Parent Trap” and “Mean Girls.” She was everything…you know, until she became not everything. It actually really makes me sad when I think of just how far she fell from grace. She was, at one point, America’s Sweetheart. And now? Well, now she’s just a damn mess.

Apparently thinking that she is still the bees knees, Lohan decided to say “fuck it” to haters everywhere and posted a strange, kind of naked photo of herself on Instagram. You know, because nothing says “I have my life together” quite like “Hey! These are my tits.”

Why is she standing like that? Better yet, why is she WEARING that? Yes, Lindsay. It is, indeed, a #majorsituation. .