Meet The New Face Of Feminism: The Modern Republican Woman 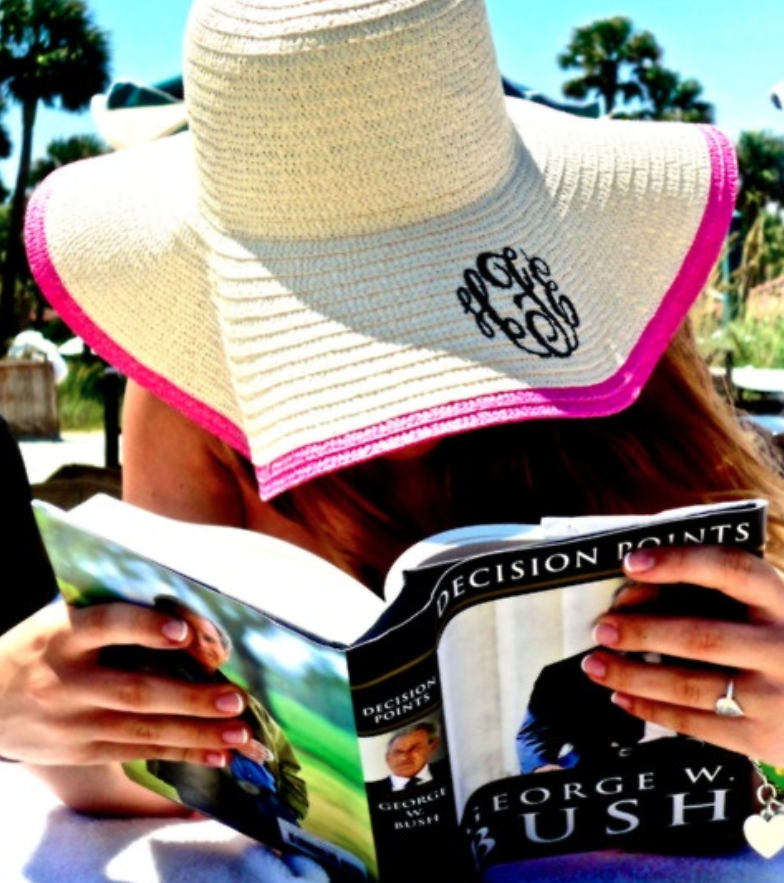 There’s a new woman in town. She’s not shy, she’s not timid, and she’s not afraid. She’s not naive, nor is she lost or floundering. She’s not meek. She’s not quiet. She’s not passive. She’s self-assured, self-aware, and, yes, maybe she’s even a little bit selfish. She is here, she is present, and she is not going anywhere.

She grew up on a farm or in the city or maybe in a land of strip malls and McDonalds and a 10pm curfew. She went to church or Temple or to the closest mosque located two towns over. Maybe she found her spiritual calling in yoga, maybe weed, maybe she doesn’t really believe in anything other than herself. Her parents worked hard to provide for her, whether it be Little League or pageants or dance classes or physics camp. She excelled in some things and she failed miserably at others. Her childhood photos show her in bows and freckles at Disney World, or maybe in a hijab and a toothy grin at the Statue of Liberty.

Whereas her very aura once showed of a life of privilege and luxury, she now cannot be pegged. Her background, her history, her ancestors are, quite literally, now all over the map. Now, her skin color cannot be identified, cannot be categorized, cannot be placed. Her hair, it flows in all different textures and colors, in braids and scarves and beachy waves. She forgoes ash blonde for whatever God or Allah or Oprah gave her and traded in Talbot sweater sets for blue jeans. She got rid of her pantyhose completely. Her wardrobe is a strange combination of J.Crew, Target, and those adorable little boutiques that are sending her into the same very debt she watches Sean Hannity discuss every night on Fox News.

She grew up with the belief that she could be anything she wanted to be. She was the princess and the astronaut and the stay at home mom. Her father went to work in a tailored suit and her mother served dinner at 6:30pm every night on the dot. Her parents were happy. Maybe they still are. Still, she dreamed of a life where she didn’t have to choose, a life that allowed her to have it all. So, she set out to make it happen. She went to college and she worked hard and she played hard, too. She joined clubs and kissed boys danced on tables at frat parties. She skipped class and made bad choices and she really lived life. She didn’t sit on the sidelines. She didn’t watch from afar. She didn’t let it pass her by.

She wants babies some day, but doesn’t want to have to give up her coveted job in the coveted city at the coveted startup — where she makes seventy-seven cents to every dollar her male counterparts make. Something, by the way, that she never believed was true until she started working and saw the men get raises and the women get sexually harassed. The gender discrimination and inequality and downright misogyny was shown to her on her very first day of work. After the introductions and the meet-and-greets and the donut breakfast, she was shown to her seat.

“To your right is your cubicle, to your left is the bathroom, and if you look directly above you, you’ll find your very own glass ceiling. Best of luck. P.S. showing off a little leg won’t kill you.”

She’s the kind of girl who hates being called “sweetheart” and “honey” unless it’s by her father — and even then, she’d prefer to be called by her given name. She recognizes that there is, in fact, a war on women, but knows that we’re fighting it in all the wrong ways. She thinks Sheryl Sandberg is kind of annoying, but applauds her outspoken beliefs. This girl, she knows that #bringbackourgirls will do nothing of the sort, but that #yesallwomen at the very least created a dialogue — and for that, she is thankful.

She’s now living in a studio apartment in a less than desirable part of town, crippled with a job that pays next to nothing and crushing student loan debt that is a product of a bad economy and a shitty stock market crash and her own former eighteen-year-old self who unwittingly signed her life away to a bank. She peruses Craigslist for part-time jobs while simultaneously drafting “this is the last time I’ll ask you for money” emails to her parents and crying into her triple vodka tonic with a lime.

She enjoys a good cocktail every once in a while — or maybe every day — and she might even have an unprescribed bottle of Xanax in her medicine cabinet. She is, after all, in full support of the legalization of marijuana. Perhaps she has a bowl on her dresser. Maybe she just smokes cigarettes. Or maybe, just maybe, she thinks that what she does in her free time is none of your damn business. She likely supported Ron Paul at one point or another and thinks that so long as the Tea Party has a voice, the true Republican Party never will.

She’s had enough one night stands to know that’s not what she really wants out of life…but put enough tequila in her and she’ll reconsider. She carries condoms in her purse because she learned at a young age that you are your own responsibility. No one will save you. Besides, she doesn’t need a knight in shining armor; she can save herself. She’s been on the pill since she was sixteen, she also probably received the HPV vaccine — against her mother’s will, of course. She doesn’t expect the government to pay for her birth control. She does, however, expect that her job provide her with health insurance that does, or pay her enough to find an outside policy.

She’s not afraid to talk social issues. Find this new woman and you’ll learn that she has quite a few gay, lesbian, and/or transgender friends. Maybe she is one, herself. She supports gay marriage out of principle and also because she thinks everyone deserves to be happy. Separation of church and state, right? Then let’s freaking separate church and state. She wants God left out of government and government left out of God. She’d like for people to stop being shamed for their beliefs. She’d also like for women to stop being shamed for their bodies. Having the freedom to do what they’d like in regard to their own medical decisions would be nice, too. She knows that the “A” word makes people uncomfortable. She also knows people who have had one. Maybe she’s even had one, herself.

She’s pro-gun, but doesn’t think we need to arm our teachers. Mental health is a serious issue in this country, specifically for our youth. She thinks we should talk about it. Take some action, too. She wants the world to be a better place, but she recognizes that things don’t happen because you will them too. You have to work for them. She wants a better economy, that’s why she goes to her job every day and pays taxes every April. Does it pain her to see a large portion of her monthly paycheck go to Welfare and Medicaid and Social Security — programs that are failing? Yes. Does she still pay it? Absolutely. She wants equal pay for women, but understands that it’s complicated. So, she takes the bull by the horns. She works hard. She does her research. She doesn’t settle. She asks for the damn raise herself.

She wants to live in a country that resembles something even close to what we were founded on. Freedom of speech, freedom of religion, the right to pursue happiness. She wants to live in a country that stops rewarding laziness and starts encouraging hard work and determination. She wants this political correctness brigade to end, because last she checked, a Lynyrd Skynyrd concert t-shirt is the symbol of a good band, not racism. She wants children to be allowed to eat peanut butter and jelly sandwiches at school again, and, goddammit, she agrees that public, state funded schools have the right to deny children entrance if they did not receive their vaccines. She wants celebrities to stop being politicians and politicians to stop being celebrities. She wants to work hard and she wants to reap the benefits. She wants to stop being shamed for being a young, female Republican. She wants the older men in her party to stop looking at her like she’s a slut and she wants the older women in her party to stop looking at her like she’s a threat. And you know what? It would be nice — really, really nice — if the women who don’t agree with her politically would stop looking at her like a traitor. Disagreeing shouldn’t create enemies, it should create a dialogue. She wants a person in office who represents her, someone who understands that young women are watching, young women are listening, and young women are voting. This young woman, she wants, no, rather, she needs someone — a national figure — who understands that times, they are a-changing. Backwoods, backwards ideals don’t cut it with us. This woman is proactive, she’s progressive, and she’s sick of feeling forgotten.