Men In Masks Are Terrorizing The U. Kansas Campus, Telling Students To Drop Greek Life Or They Will Be “Dealt With Accordingly” 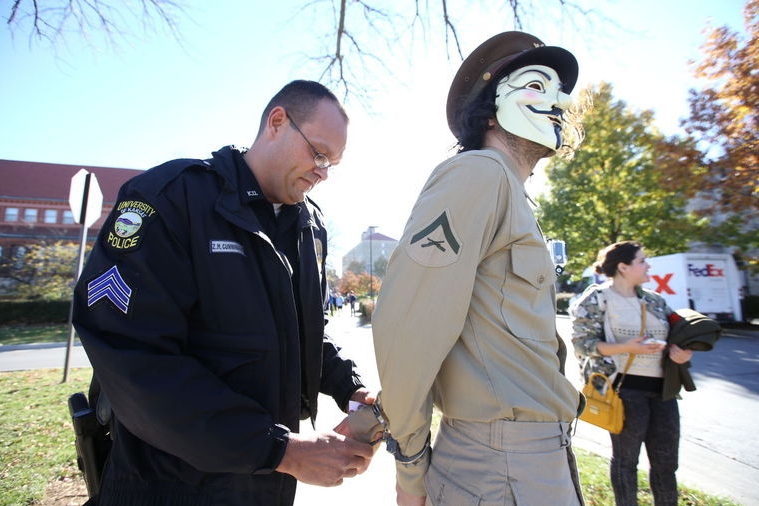 It’s a scary day to be Greek at the University of Kansas, as men in masks are reportedly entering lecture halls and issuing warning statements against a certain fraternity. These protests are allegedly in response to the campus’s handling of recent sexual assault allegations.

Per an anonymous tipster:

It seems as though it’s some sort of protest against rape. Last month, there were three sexual assault allegations over the same weekend. One occurred at a party at the Kappa Sigma chapter house and the other two occurred at a campus residence hall. The fraternity was the center of a media firestorm headed by the UDK (University Daily Kansan) while the on campus rapes were not reported on.

A member of an unnamed sorority also sent the following letter to an editor at The University Daily Kansan, though it was not published: 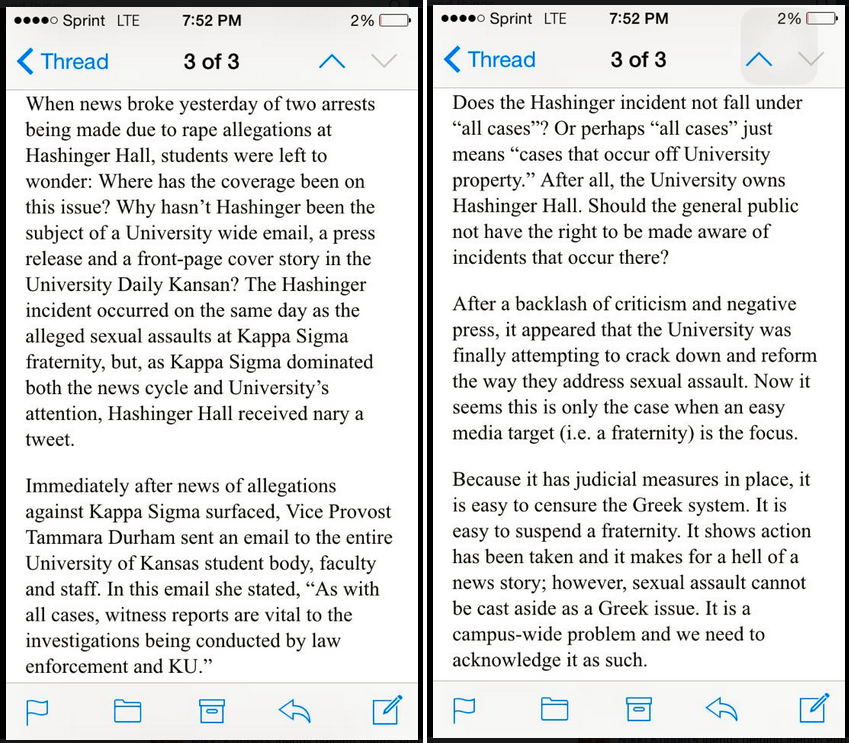 The tipster went on to say:

The on campus rapes were eventually reported.. on at least a week later, maybe longer. But the Kappa Sigma case continued to be the main focus as they were put on interim suspension.

As captured in the following video posted to Instagram, the men are seen in military uniforms and Guy Fawkes masks. They address the men in Kappa Sigma, telling them, “all fraternity members who do not dissociate with this fraternity will be seen as guilty parties” and will be “dealt with accordingly.” The speaker goes on to address the rapist, though the video cuts out.

Anyone know who the anonymous guy in Econ 142 is? Please email @kansannews

The University Daily Kansan was the first to report on the incident. It is unknown how many protesters were involved, though it has been confirmed that at least two men have been taken into custody for their involvement..

[via The University Daily Kansan]