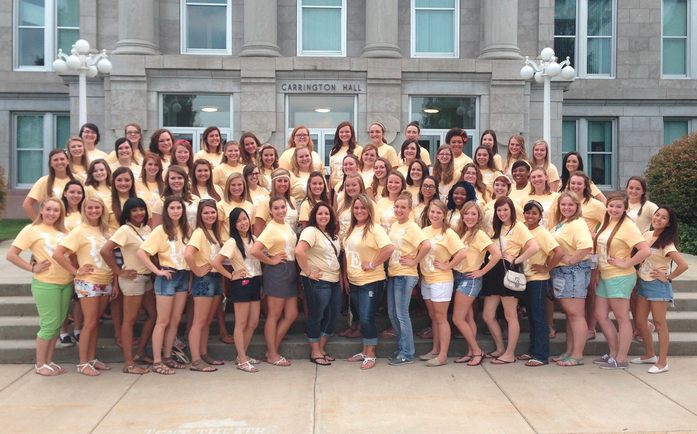 Transgender issues are front and center almost everywhere you look today. And it’s gotten me thinking – how exactly does that work in sorority land? While there have been some stories of trans students rushing sororities, there hasn’t really been a whole lot of “official” talk on the topic at the national level of the country’s largest sororities. While being part of a national organization has its benefits, it does make it harder to change your policies to be more inclusive. But that wasn’t an issue for one local sorority that decided to take the big step of revising their membership requirements.

Xi Omicron Iota, a local sorority at Missouri State University founded in 2002, is changing its membership requirements from “be a girl” to “identify as a girl” in an effort to be more inclusive. The chapter passed the change last week, and it will take effect for their upcoming fall recruitment, starting on September 13th. Kara Venzian, the junior political science major and chapter secretary who proposed the change, told The Standard, “I think it’s important that we give all women a chance to become part of our sisterhood. This just essentially brings (Xi Omicron Iota) into the 21st century.”