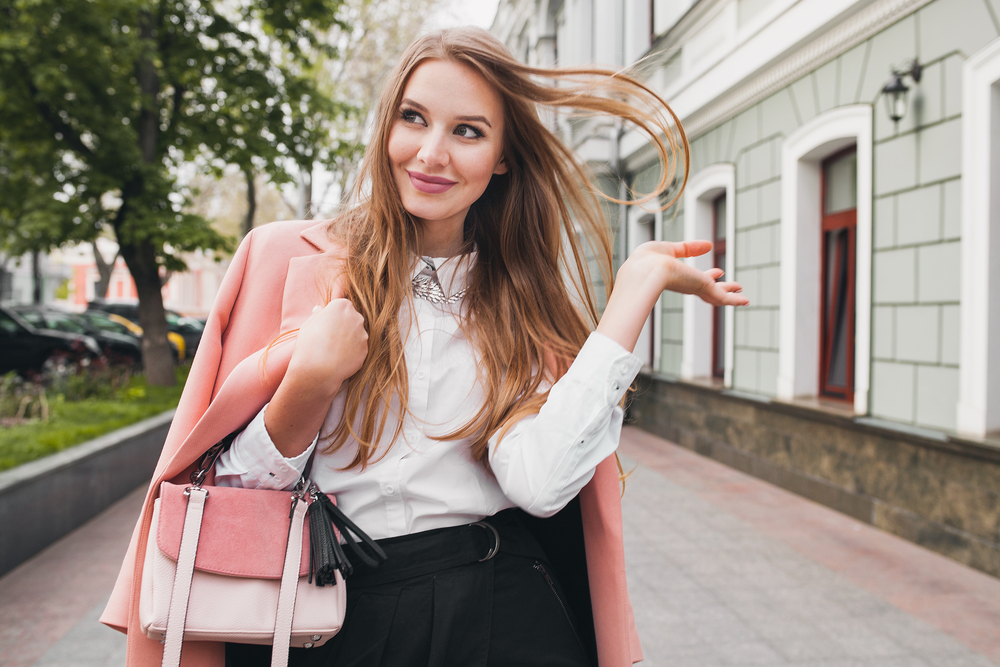 “Veronica, please, you have to put these on. It’s cold outside, sweetie. You can’t wear a dress to school.”

I stared at my mom and the “dungarees” she was holding up to me in disgust. At four years old, I’d already become very opinionated, particularly about what I was going to be putting on my body every day. I didn’t care how cold it was. I didn’t care if all the other girls were doing it. I was not going to wear jeans to school.

“Those are boy clothes.”

We fought back and forth, and I ran from her around my room, and cried as she forced me into *shudders* real pants. I cried until I was red in the face, until I was choking on my own breath, until my cheeks were tight from the salt in my tears, all the way from our house to my school. I couldn’t believe she was making me go out in public like this. Just a week ago, I strutted into my classroom in my party dress, tights, and shoes, and suddenly it was “too cold” and I “was going to get sick” and she was “going to be called into child services” if I dressed how I wanted. I walked into school, face down, uncomfortably aware that my outfit too closely resembled Austin’s, the boy I had a crush on.

I hated doing anything that didn’t categorically remind me and the world that I was a girl. Now, more than two decades later, the sentiment stands. My “bond with random girls” banter is always makeup or celebrity gossip. My entire apartment is pink. And if we’re being honest, I still don’t like wearing pants.

As far as I am concerned, and as far as I thought feminism was concerned, this was my right. But the more closely I observe the world around me, the more I have a problem with the overcorrection a lot of the feminist movement is doing. Namely — in that the way we talk about equality, and the way we talk about women being able to do “whatever they want” as it implies that nobody would actually “want” to be like me.

I was sparked the other day by a really simple interview with Sarah Silverman about a Disney movie I haven’t seen, during which the female lead, a tomboy explains to all the princesses that they don’t have to wear their dresses. Shouts to Buzzfeed. 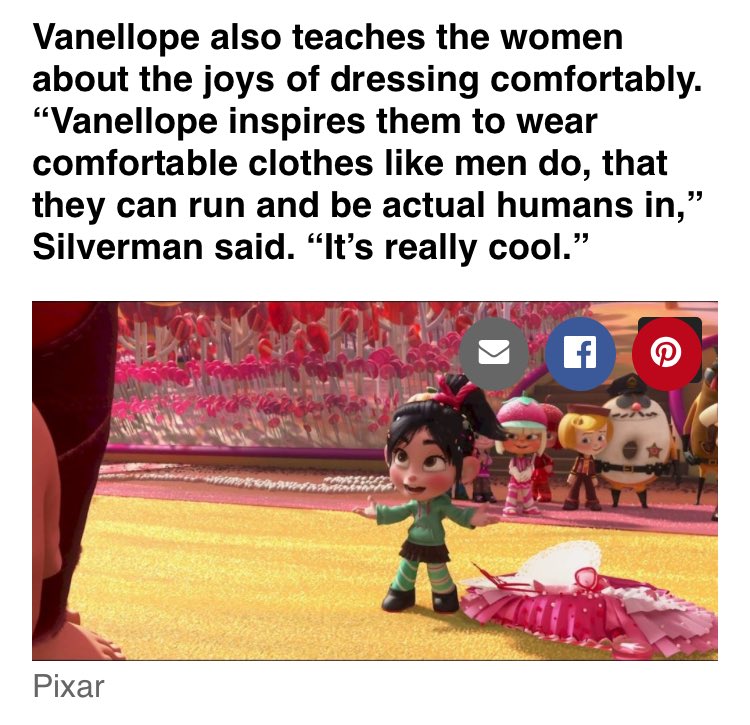 The subtle, but all-too-powerful implication, here, is that femininity is something we’re “stuck” with until we’re shown that we have the option to reject it. We’re teaching little girls and grown women alike that we can be freed from the patriarchy by adopting things that we view as historically male or masculine. But all that really does is keep the notion alive that being male or masculine is still superior. We continue to imply that to actively choose to be feminine is some form of natural oppression or expression of internalized misogyny — that we would only want to be this way because we grew up being told we had to be. Telling little girls that they don’t “have” to be girly is still telling them that there’s something wrong with being a girl. And frankly, that’s fucked up. Because being a girl is awesome.

And it’s not an isolated incident either. Game of Thrones is currently showcasing some female badassery, which is fucking incredible. But if I hear one more fucking time that Arya is more awesome than Sansa, because she does her fighting with a sword halfway across the world instead of surviving FOR YEARS with the enemy right in her face while wearing a dress, I will lose it. It’s amazing to add movies like Wonder Woman and Ghostbusters to the cinematic scope, and to see women in roles outside the damsel, the princess, and the girl who works at a magazine in a romcom. But these should not be the only types of women we look up to. It’s awesome that women are on-screen rejecting femininity, but there are not an equal number of women being celebrated for choosing it.

To encourage women to sacrifice their femininity in pursuit of equality is just as dangerous as it is to force their femininity upon them. It’s awesome to have options. And it’s awesome that little girls can dress “like boys” if they want to. But what would be more awesome is if Vanellope told those princesses they could wear pants, and some of them were like “Sports! Dope!” and some of them were like “but my dress is so pretty, so imma go back inside with the air conditioning, where I’m going to gossip with my girlfriends about the latest on E! News, and I’m not gonna run around and get sweaty and dirty, because frankly that’s not my speed. And I’m still gonna be ‘an actual human,’ because my decision to keep being me does not make me any less human. Because femininity and masculinity are both equal parts of humanity, and I won’t be told that what I liked before isn’t as good just because you’re telling me this other option has become available to me within the last ~50 years. You have fun though. Tootles.”