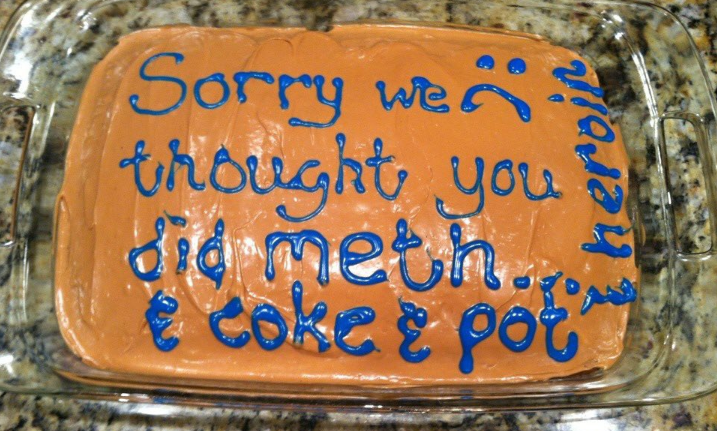 There’s something truly magical about an apology cake. It says “I’m sorry” in a way you never could — with icing and sugar and sneaky calories because like yeah you’re sorry, but you’re not that sorry. Whatever the situation, whatever the fuckup, an apology cake is always a nice touch.

Recently, Rachel Gelmis posted a throwback of when her school gave her a drug test and she got a false positive back. Basically what happened was that her school tested her and the results said she had traces of THC, cocaine, heroin, meth, benzos, and barbiturates. She knew this was a mistake because she’s not a human trash bag who does heroin in between her extracurricular activities.

But while she knew this was a mistake, her mother was another story.

Naturally, momma bear freaked the fuck out. On her Twitter Rachel said that “in the time it took for them to realize they fucked up, she had an emotional breakdown and started researching different rehab facilities.”

Now, if I had a drug test turn up positive like this, my parents wouldn’t even still be researching rehab facilities. I would be shipped off to the first place they could find the second a school administrator uttered the words “cocaine” (pretty sure they’d think I would cool if it just said weed though, just sayin’).

Once the school contacted her parents saying that Rachel was actually completely clean, they felt sort of bad. Here they were getting ready to ship her off to Camp Clean or whatever, and the whole time she was like “no guys, seriously I’m not on drugs.” In their defense, that had to be pretty scary. Granted, I only have a dog so I don’t know the true graveness of the situation, but if I found out my pup was shooting up, I would be totally devastated.

So to make it up to her, Rachel’s mom baked her a cake, because that’s what good moms do.

That time my mom genuinely believed I was doing every drug at once bc my idiot school misread my drug test pic.twitter.com/VNJQJqXzXY

Of course, the Tweet has blown the eff up, because if there’s one thing the internet loves it’s reacting parents and apology cakes. And in case you’re ever on the wrong side of a situation, here are a few other baked ideas to say “I’m sorry.” 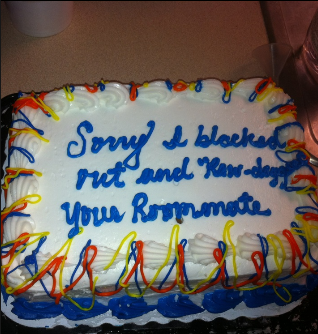 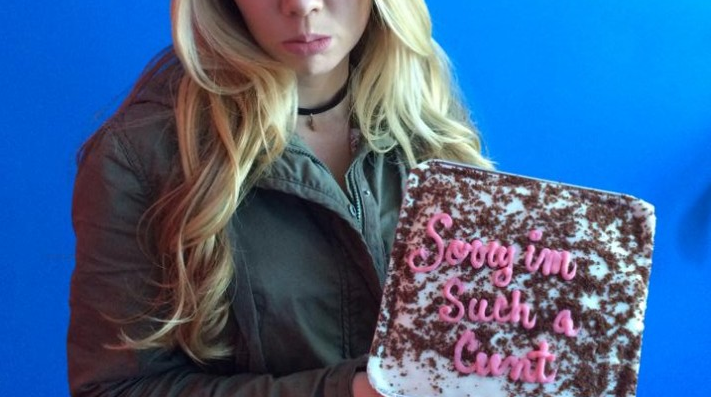 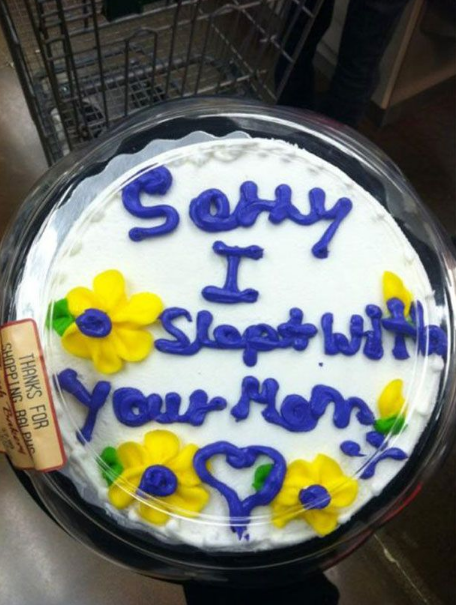 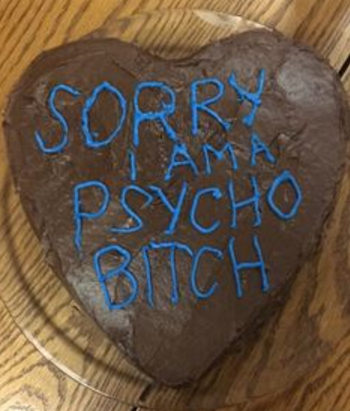 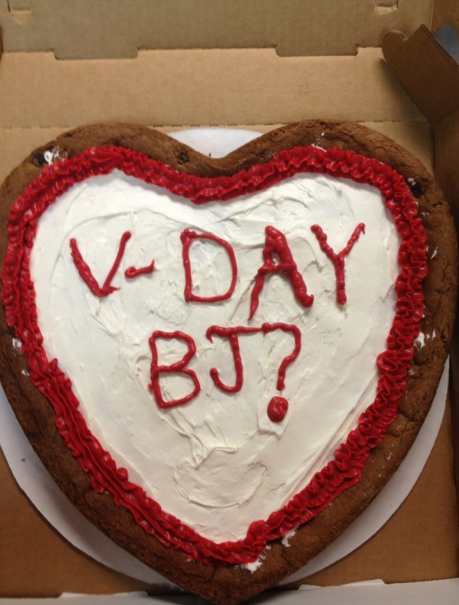 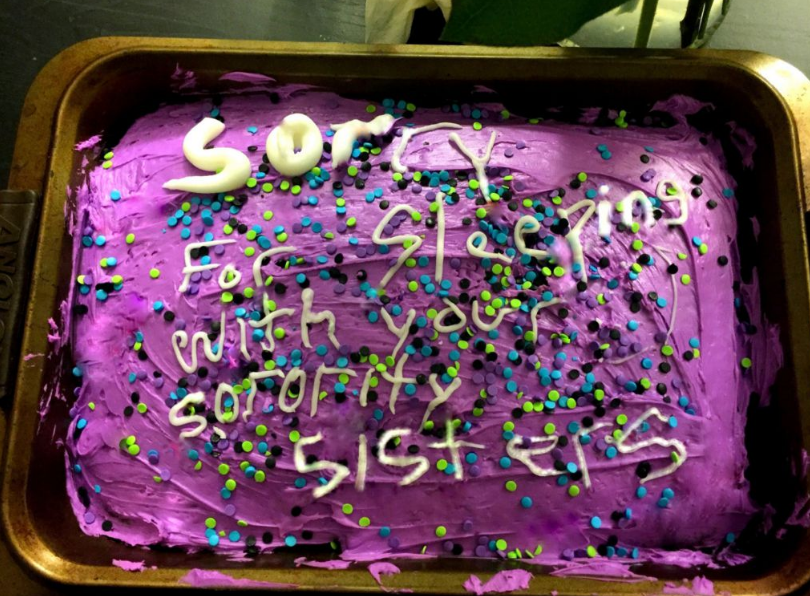 And while Rachel never got an apology from the school I think the cake, her parents’ love, and internet fame should do the trick..

Image via Twitter / @whxsper
Other cake images via Total Sorority Move. Aka us. Those are ours.