My IUD Is Lost Inside Of Me, And I’m Pretty Sure This Is The End Of My Life 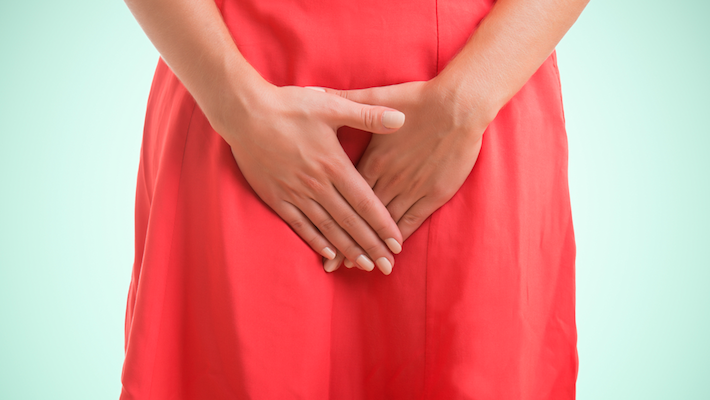 I have a very strong love-hate relationship with birth control. By that, I mean, I hate birth control with pretty much all of my heart and soul, but I really do love the fact that I have yet to accidentally get pregnant (a special shout-out to Plan B and the four times it’s saved my ass from mom jeans and car pools). When I was eighteen I told my mom I wanted the pill to “regulate my periods” and for five-ish years I bounced around from brand name to generic pills, trying to figure out which side effect was the least horrible. Was I fine with being really bitchy and depressed as long as I had a high sex-drive, or did I want a non-existant libido in exchange for not gaining the twenty pounds I put on while popping the previous pill?

It was a grueling, never-ending battle and it got to the point where I wondered why the hell we go through all of this trouble for a little penetration. After one too many panic attacks, gained pounds, and forgotten pills, I knew I had to break up with my long term bc, but I just didn’t know what to turn to. From my perspective, all of the alternative options just sounded like different layers of hell. Do I want to get a shot every three months, even though I pass out at the mere thought of needles? Or how about the arm implant, so I can enjoy the horror of having extra hormones pulsing through my body just like on the pill, but now I get to go through a Saw-like procedure to get the thing embedded in me (disclaimer: I don’t know how they actually embed those suckers in someone’s arm). I imagined my boyfriend’s face if I asked him to go back to using condoms even though that last time we used one was in 2013. Would I even have a boyfriend after that? And how do you get condoms after college? Do you actually have to *pay* for them?

No, none of the options sounded like something that would work for me. And then, after seriously considering just declaring celibacy, the IUD was brought to my attention.

I’d like it first to be known that when the idea of getting an IUD shoved up my cervix came about, I responded with an encouraging, “fuuuuuuck that.” And I still stand by it. IUDs are scary and the insertion can be painful. I just knew if I got one it would shoot right through my uterus, pierce my heart, make me unable to have children, and also kill me.

But as I became more and more miserable on the pill, and my friends with IUDs kept saying how great they were, I eventually caved and told my doc that I wanted to do the switch.

I’m not going to go into the gory details of the insertion because, in reality, it’s exactly like you’ve read a million other places. No, it’s not excruciating, and yes, I’m a little bitch about pain. I popped three Ibuprofen and a Xanax 30 minutes before and I was fine. A lot of pressure, plenty of cramping, bleeding a lot for a few months and then? I was good. No more periods. Occasional light cramping. No more pills or wild mood swings. It seemed perfect, but having been scorned one too many times, I had a feeling it was too good to be true.

After trying and failing to feel the strings that are supposed to hang out of the cervix (which involved a lot of squatting and making uncomfortable faces as I attempted to shove my own hand all the way up my vagina), and after my boyfriend insisted he couldn’t feel them either, I started to get concerned. But, after a call to my doctor, I was assured that it was fine — some people just don’t feel them. So, I went about my life. I ate pizza and I went to the gym once and I broke my leg and I had sex and I turned down sex and life seemed to just keep going, despite the piece of plastic hiding inside of my body, waiting to destroy my life.

It wasn’t until a few weeks back that I even thought about my IUD again for the first time in months. I got the routine call from my gyno saying that it’s been a year, it was time to come into the office to get my boobs prodded and my vagina fingered by a professional. It was also an ironic nine months since I had my IUD inserted, so I shouldn’t have been surprised to see the torture-like device used to clamp open vaginas/cervixes waiting on a tray in my exam room.

I hastily got undressed and stared at the thing, trying to take calming breaths like my therapist had recommended.

“Hi Rachel, how are you?” I heard my nurse practitioner, Ellen, ask as she breezed into the room.

“Are you going up inside of me with that?” I responded, cutting the shit and pointing at the contraction I hated.

Ellen, bless her heart, laughed and moved over to the stool in front of me, grabbing a fresh pair of gloves along the way.

“Yes, but it’ll be quick! We just want to check your IUD while you’re here. Totally standard procedure,” she took a glance at my face and added an easy, “you’ll be fine!” before indicating that I should scooch my cooch down to her face.

“But you said my IUD was okay,” I blubbered, lowering my body to the end of the table, “I mean, I can’t feel the strings but you said it was normal back in October.”

At this point, I’m not sure what I was trying to do. Get her to say everything was fine? Have her chuck the forceps out of the room and high-five me for bringing up everyone’s favorite month?

Instead, she just smiled, reached for the clamps, and said, “It’s absolutely normal! We just like to check at least once a year, and we figured we’d do it while you’re here so you don’t have to come back in three months. Now, you’re going to feel some pressure…”

And just like that, Ellen and her fucking forceps were deep inside of me.

My head went fuzzy and I started breathing like I was in labor, counting the seconds until the whole ordeal was over.

“Hmmm,” Ellen said, pushing the device further up my vagina, “can you scoot down a bit more? I’m trying to get a better look…”

And that’s when I knew. Something wasn’t fucking right.

My body slid down easily since my skin was slick with a layer of cold, nervous sweat. I tried to stop myself from hyperventilating as I popped my head up to look at the woman who had insisted I would love the IUD.

“Well,” she started, moving the device around inside of me one more aching time, “I can’t seem to find the strings.”

You know. The strings that hang out of your cervix if your IUD hasn’t taken off and journeyed around your body, destroying your life. The strings I hadn’t be able to find in nine months.

“Oh?” I squeaked out, preparing myself for the fainting spell that was sure to come. “So, what does that mean?”

“It means,” Ellen said, trading the torture device for her fingers and attempting to feel around, “that the strings most likely just went back up in the cervix. It’s not a big deal. We’re just going to have you come in for an ultrasound in a few weeks. Until then,” she smiled, pulling her fingers out of me and tossing her vagina juice-covered gloves in the trash, “use a condom.”

While that bitch Ellen is fine being happy and chipper, after some hasty research online, it’s clear one of two things has happened. I’m either pregnant, or my IUD is lost inside of my body, destroying any and all organs in its path. So, now I’ll find out in a few weeks whether I’m going to be a mom or if I have a few months to live before that devil piece of plastic shreds my insides. Until then, I can’t wait to tell my boyfriend that it’s time to whip out the Trojans. There’s nothing like getting an IUD, just to be told I need to use condoms again. Still, I better enjoy it while it lasts. In a few months, I’m sure I’ll be pushing more than an IUD out of my vagina. Now accepting ill-fitted jeans and a car pool schedule — it looks like motherhood is on my horizon. Fingers crossed I just die instead..