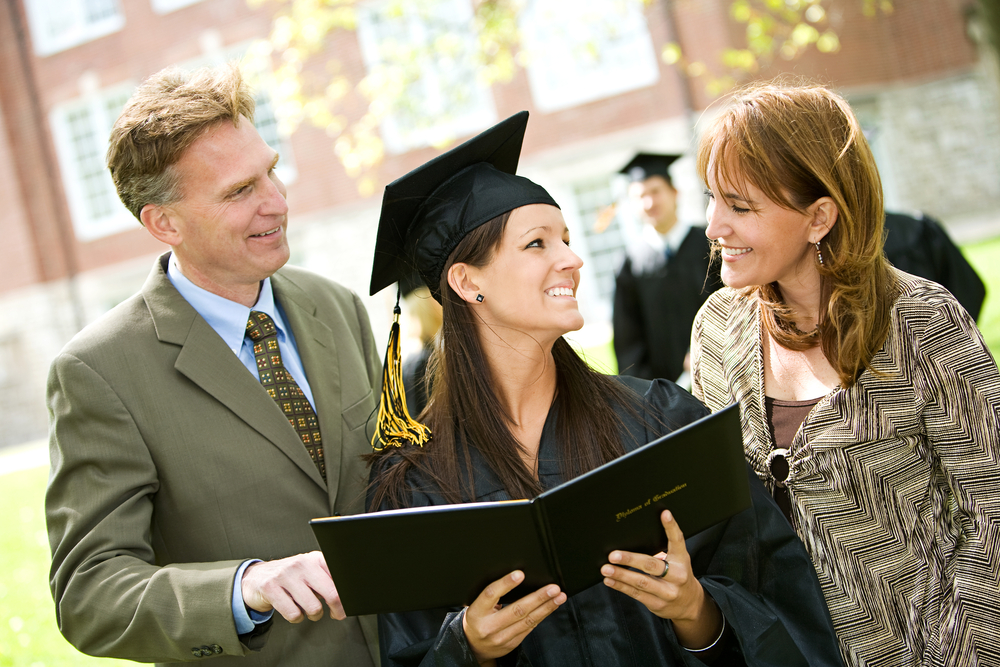 My parents are very well off. They both have stable jobs where they are at the top of their respective fields and are working constantly. They own property and multiple cars and when they can get away from work long enough, they go on vacations. My parents are rich, and I don’t think that’s something to be ashamed of.

I joke, but it’s also true. People are quick to blow things like having money out of proportion and tack on their own reasoning and judgments as to why I have it and they don’t, but the value of a dollar is still just one dollar, and money is still just money, whether you have a little or a lot of it.

I hate telling people that my parents pay for everything, but when I really think about it, why is that something to be embarrassed of? My parents were both first generation college graduates and they work hard for their money. They wanted to give me what their parents couldn’t give them: the gift of a college education. While my story isn’t the same as everyone else’s, people cast me aside and place their judgments on me because I didn’t “struggle.” I didn’t have to, and I’m not going to feel bad for something that is literally out of my control.

My parents can buy me all the nice things I want, but at the end of the day, that’s their money, not mine. I’m lucky they love me and want to share the spoils of their success with me, but they aren’t going to pay for everything forever. I’m going to have to work hard, like they did, to be successful. So what if they’re helping me along the way?

I know that not everyone is as lucky or blessed as I am. I know most college students do eventually have to take out loans, and I’m not trying to belittle them or rub it in their faces. Sometimes that’s the only option. But if they had another option, or if their parents could afford to pay for them to go to college, who would be stupid enough to turn that down? I had that option, and I’m not too proud to admit that I took it. But unfortunately, there’s a stigma attached to having the means and the money to send your kids to college on your own dime.

Fuck that. I’m proud that my parents pay for everything. I’m proud that when I graduate college I can start the rest of my life with a clean slate, instead of drowning in debt before I even have my first real job. That’s a gift, the greatest gift my parents have ever given me, and I don’t take it lightly.

I have a lot of respect for people who do it all on their own, for the people who work two jobs in addition to handling a full class schedule, and for the people who will walk across the stage filled with pride because they achieved something so great without any help from anyone. But when I walk across that stage with them, I’ll be proud, too. I deserve to be proud. I’ll be proud because that diploma I’ll be holding represents not only all of my hard work, but the hard work of my parents who spent years working themselves to the bone, saving money for my college fund, and taught me all of those things and more by leading by example.

My diploma belongs to them as much as it belongs to me. Every job I get from that point on and every little success I accomplish is theirs as much as it is mine. I feel honored to share those successes with my parents, because the greatest thing they taught me is that hard work does pay off. I’m not embarrassed or ashamed that my parents helped me, and I shouldn’t have to be. They’re also proud that they helped me, and that they had the means to do what their parents couldn’t. Making my parents proud is nothing to be ashamed of.

I’ll admit that I do have it easier than some people. But I’m not going to feel bad that my parents pay for everything because the one thing they can’t pay for is my grades. Those are all me, and are a product of the long hours studying at the library the hard work and office hours visits and all nighters that my parents, or anyone, can’t pay for.

I’m not lazy. I’m not stuck up. I don’t expect the world to be given to me on a silver platter. But I’m also not going to be made to feel bad about something that I have no part in. I refuse to be shamed for my parents’ generosity. I didn’t help my parents get to where they are, and you could say that I even made it harder for them, but they helped me, and the only way I could ever thank them for the gift they gave me is to be as successful as I possibly can. They did that for me.