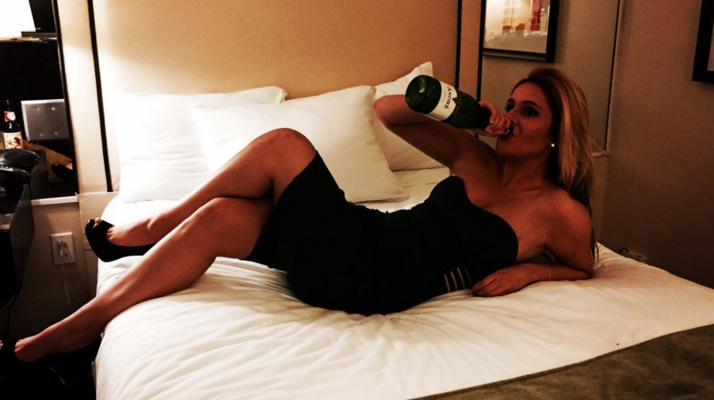 New Year’s Eve is an undeniably magical time of the year. We have finally tripped to the finish line of this year, and we are excited for a new set of challenges and opportunities. It’s a time to look back on all the good times that you’ve had in the last 12 months, as well as reflect on how you’ve made it through the bad times. It’s a birthday party for the whole world, and we are all invited to celebrate. But the fabulous picture of New Year’s Eve that we have in our minds is not always what it turns out to be.

Fortunately, New Year’s Eve has an immaculate aesthetic. It’s every girly girl’s dream. Everyone is wearing sparkles, gold, silver, and dresses with tights. Every other party is 1920s themed, which makes for even more fun. Everyone looks good in a flapper dress and sparkly headband. This holiday is based around only the most glamorous fashion possible. Throw on a sequin dress and fur vest and you’ll fit right in. There’s no other venue where people would take you seriously in an outfit like that, but on New Year’s Eve, it’s encouraged. Wear giant fake eyelashes and a GD paper tiara and party until the sun comes up. Besides being the most fashion-forward holiday, there is all of the champagne. If you are drinking something other than champagne straight out of the bottle, or anything one of the SATC girls would order, you are doing New Year’s Eve a complete disservice. Champagne drunk is the best kind of drunk because you feel like royalty, even when your bent over the porcelain throne.

Once you have drank enough bubbly to make you see doubly, it is the moment that everyone waits for: midnight. The countdown begins, and you can feel the warmth in your heart that is brought with new beginnings. The guy you want to go on all these new adventures with is by your side, and as midnight gets closer and closer, so do you two. When the hour and minute hand kiss at 12, so do you two. Everyone is cheering around you, but you feel like the only ones in the room. The excitement in the room makes your own excitement grow exponentially. You are ready to dance the rest of the night away and kick this year’s ass.

Unfortunately, that is only what happens in the movies. Your glittery shift dress ends up looking like a shiny potato sack, but it’s too late to find another outfit. Your plans change approximately 27 times before your friends settle on going to the overcrowded bar or party that everyone else in your hometown is going to. You get an Uber with a surge of 6.7x and arrive awkwardly early, because Kelly just *had* to be there before 10 for no reason. You stand around for a little bit while your tights fall lower and lower on your crotch, until you can feel your thighs fully touching. To compensate for this discomfort, you get wasted in an hour, then spend 20 minutes stumbling to find the bathroom, which you have already passed four times without noticing. Thirty minutes before the ball drops, there is a hole in your tights and one of your fake eyelashes is falling off, making you look like a complete dumpster fire. Your general appearance has deterred any man from talking to you, so you spend the rest of the night dancing alone and making your girl friends uncomfortable by trying to kiss them at midnight since no guys will. You go outside to “get some air” and puke until you pop a blood vessel in your eye, and then just sit down until one of your friends finds you to take you home.

So cheers to the new year and here’s to hoping that this New Year’s Eve turns out exactly how you hope it will. Probably not though..