Oh No! I’ve Fallen Victim To The Bad Boy Charm Of Justin Bieber 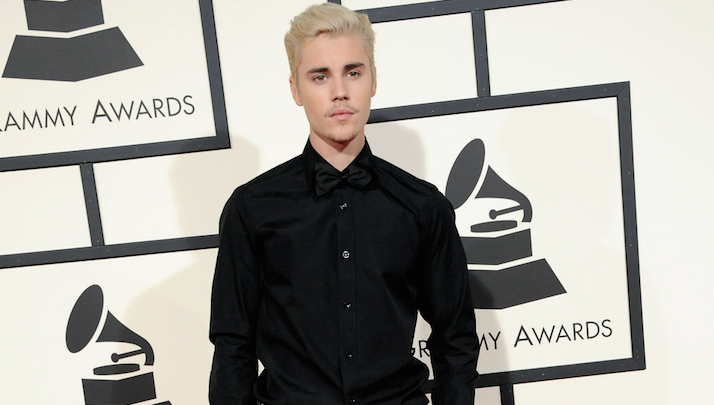 I was doing so well. When he first arrived, I was interested, but I wasn’t obsessed. I was more mature than my boy-crazy peers. In the years following, we got older, as did he. We all grew together. To maintain my feelings, I kept him in the friend zone. I knew that I didn’t even have a chance and I couldn’t go through another unrequited crush. My fragile young high school heart couldn’t take it. He flew under a radar for a little bit, but he came back when I least expected it. When my walls were down. That’s when Justin Bieber stole my heart.

I was in the library looking for a study break, and I saw that DJ Khaled had released a new music video, so I decided to take a peep. That’s when it happened.

Holy Bieber. The tattoos, bleached buzz cut, the twinkling smile, I just couldn’t get enough. I decided to look at his Instagram for more.

Rocking the whole animal kingdom on his rock hard-ish body.

I like to imagine he sent me this on Snapchat with the caption “u still up?”.

I need that fan after looking at this picture. It’s getting hot in here.

Even his cartoon is fuckable.

Good LORT. He is really doing something to me. Why me? Why him? Why now? My whole young life I have been able to resist him. I never wanted to be one less lonely girl. When he smiled, it didn’t make me smile. I never kept an eye out for Selener. I needed somebody to love, but it wasn’t Justin Bieber. But now, he’s the one. Somehow, he broke down my wall, and I can’t seem to put it back up. I wasn’t into him when he was a sweet, sad, single boy. Even his criminal phase didn’t do it for me. It’s his reformed fuckboy ora that got me. You know he could be bad if he wanted to, but he’s too sexy for that now. What a real MAN.

So, now what? This is all new to me. I don’t know how to handle this. The last time I had a crush on a celebrity was Lance Bass, and we all know how well that turned out. I guess I have to commit my life to him now. I’ve already changed my phone background to a picture of him, so I feel like the first item on the list is checked off. Next order of business would be attend one of his concerts and cry hysterically. And then after that, I am doomed to a lifetime of hopeless devotion. If anyone has any advice for me, please let me know. But if you need me, I’ll be studying Justin’s Wikipedia page. Did you know he’s a Pisces?.