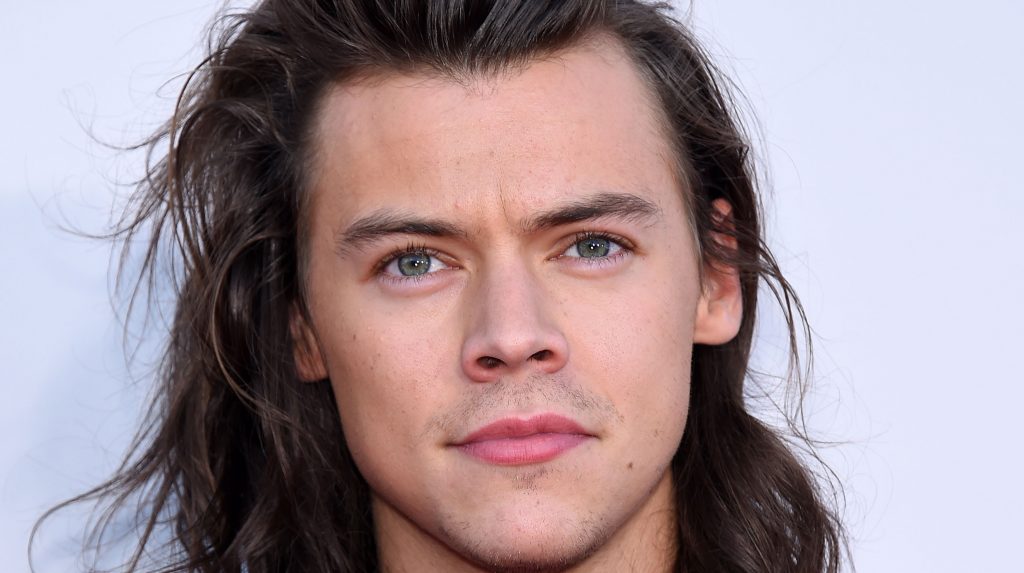 Here we go! The day has come! The time is now! Harry Styles is ready to begin his metamorphosis from boy band caterpillar to solo heartthrob butterfly! While his fellow ex-bandmate, Zayn (no-more-last-name-Malik), has kept pretty busy in the spotlight, it’s Harry’s turn now!

Harry has had several projects in the works, but we haven’t had any tangible evidence. He’s been working on a movie, but it’s far from being released. He signed a solo music contract, but not even a single has been dropped. Just a bunch of empty promises. But now we finally have something we can get our grimy, impatient little hands on.

Harry Styles is covering “Another Man” magazine, with not just one flawless cover shot, but three. A perfect trifecta. And from the varying hair lengths, it looks like Harry has been taking these cover shots over time. That sneaky devil.

Cover Two: “Look Mom, I cut my own hair” Harry.

Cover Three: NOW THAT IS A MAN Harry.

And where there’s Harry Styles news, there’s fangirls (and boys) to hysterically tweet about it.

Um, where is the Mick Jagger biopic?!

not to be dramatic but harry styles did mick jagger better than mick jagger himself pic.twitter.com/jJbyaDdfOl

THIS IS NO TIME TO REST!

ME: "I JUST WANT TO RELAX AND HAVE A PEACEFUL DAY TODAY"

And then his uncanny resemblance to Jonathan Byers from “Stranger Things.”

Jonathan Byers from stranger things deserves this magazine cover after all what he's been through pic.twitter.com/204rO94bxP

But wait, there’s more! The interview was conducted by one of the most legendary boy band breakout artists ever, Paul McCartney. Also conducting the interview? Chelsea Handler. Not quite sure the reasoning behind that trio, but I like it. The interview and magazine will be out September 29..