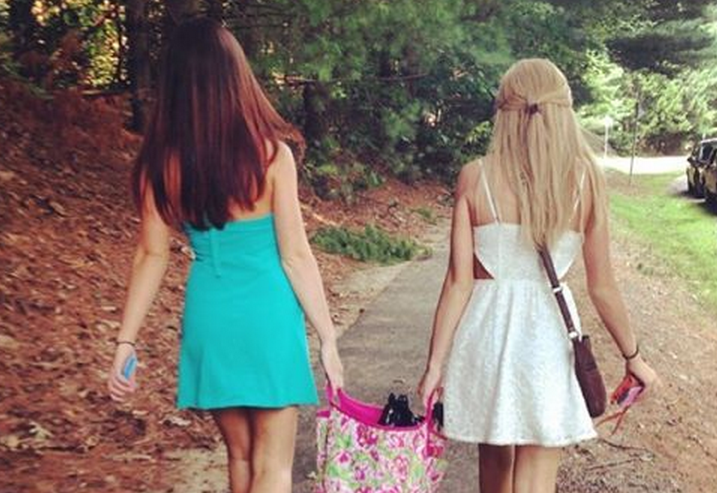 The other day, I was sitting in my car listening to the radio when I heard the song “All About That Bass” for the first time. At first, I was hooked by the beat–it’s great. But then I started to listen to the lyrics, and I honestly have to say, it’s been a long time since I heard something THAT offensive. I mean, come on, “boys like a little more booty to hold at night”? The last time I checked, my boyfriend was just fine holding me every night, stick figure and all.

But it’s not just THAT song. So many songs are based around making smaller women feel bad about themselves. I’m sorry I’m a B-cup and that my ass never ACTUALLY fills out my jeans the way it should, but if I can’t go out singing a song about how it’s better to be skinny than curvy, why should I have to listen to songs telling me that my body type isn’t right? We have Nicki Minaj, who informs us, “he don’t like ‘em boney, he want something he can grab.” (Also, did anyone notice that part about “skinny bitches” at the end? Because, umm, that’s not okay, either.) Then there’s J.Lo, who tells men they’ll “have the time of [their] life” and be “mesmerized by the size of it.” There are so, SO many songs about how skinny women are considered inadequate, and about how men prefer women with curves. Songs about how skinny women aren’t as attractive as curvy women, and about how we need to change our bodies to look like theirs.

When I was 17, I dated a guy who consistently did his best to make me feel TERRIBLE about my body. He cheated on me with curvier, prettier girls and then told me that if I looked like them, maybe he wouldn’t have done it. He was always saying that I was too skinny, that my ass wasn’t big enough, and that my boobs were too small. He shamed me into thinking my body wasn’t enough–that I wasn’t enough. And every time I hear songs that tell me how inadequate my body shape is, I can hear him saying, “nobody wants to cuddle a twig” all over again. And I start to feel the way I did back then, all over again.

The truth is, some of us just can’t control our body shape. I’ve done just about everything I can to gain weight. I’ve gone on “junk food diets,” where I ate practically nothing but junk to TRY and give myself the ass that everyone seems to believe I need. I’ve tried doing squats. I’ve tried every brand of weight gaining shake there is. I was just built to be skinny, and I think the sad thing is, no one thinks body-shaming skinny women is a bad thing. When I was doing research for this column, I came across so many posts that said skinny women are just whining, and that it doesn’t matter what people say, because they are skinny. What I wish more people knew is that “skinny” doesn’t necessarily equal “confidence.” I don’t really like my body that much at all. I feel inferior to girls who have that curvy look guys seem to gravitate toward.

At the end of the day, the world needs to remember that body-shaming works both ways. It’s not always the small girls trying to make our larger counterparts feel bad. If you promote one body type over another, you’re guilty of body-shaming. We all need to realize that it is not okay to make ANYONE feel ashamed about the way she looks, about the way she’s shaped. There is always someone who thinks you’re beautiful. Even on my worst days, my boyfriend insists that I’m the most beautiful girl he’s ever seen. THAT is the message we need to send to young women–to all women–right now: you are beautiful, whether you’re a 0 or a 16. You are beautiful just the way you are, no matter what anyone tells you. You are beautiful from the inside out, and it’s not okay for anyone to make you feel bad about the way your body is shaped, whether it’s a woman singing a song, a guy you’re interested in, your friends, or someone who you barely know. No one can tell you that you’re not beautiful, and no one can make you feel bad about yourself without your permission.