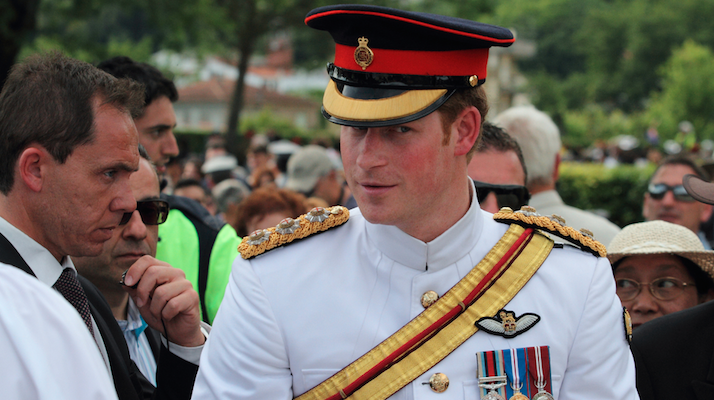 It’s official: The selfie is dead.

It was a shock to us all. I mean, here we were, snapping, filtering, and enhancing like everything was normal. Then, out of nowhere, royalty declares that “Selfie taking is uncool.” Which is actually devastating.

This whole nightmare started on Monday. Prince Harry was visiting Canberra, Australia when a girl asked him to take a selfie. Normal every day stuff. BUT the prince didn’t respond the normal way. He literally stopped, turned to her and said, “Seriously, you need to get out of it. I know you’re young, but selfies are bad.”

SELFIES ARE BAD. He went on to tell the girl that she should just take a normal picture. You know, one that doesn’t involved a closeup of a face and half of an extended arm. Hearts all over the world just broke. It’s almost too insane to believe. Who does that? Not the extremely sexy, redheaded prince that instantly makes our vaginas tingle. But it’s true. We have video proof.

1) Stop taking selfies.
2) Give up the hope of becoming royalty.

My personal advice? Keep taking selfies. If a man can’t understand your love of self-picture taking, then he’s not the right man for you. As for me, I’m going to delete every selfie I have ever posted, and pray to God that Harry notices. Sorry bitches, it’s every selfie-free girl for herself..