Product Invented To Allow Women To Pee Standing Up

June 5, 2013 at approximately 12:00PM Eastern Time, the writer anonymously known as “hot piece of TSM” died. Friend to many, colleague to the members of the he-man woman-haters club, and a source at whom to anonymously hurl misogynistic jokes to thousands, the young girl was killed upon discovering the existence of this product: 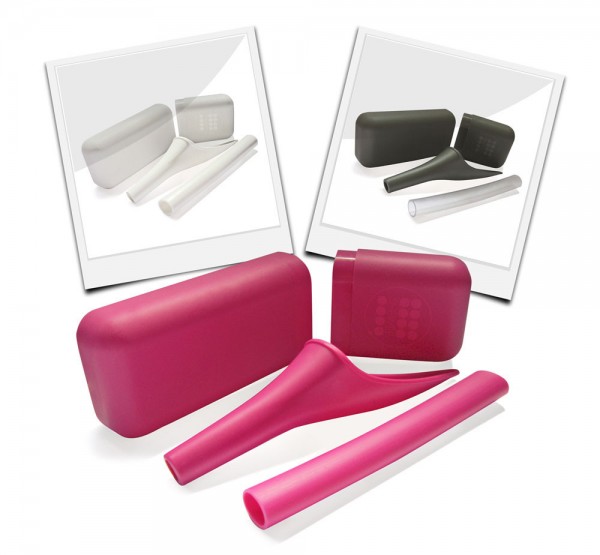 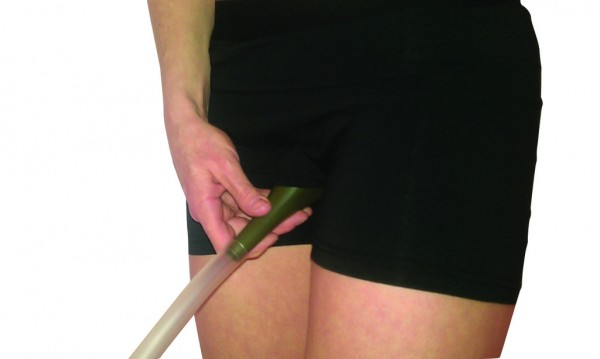 It was technically invented in 1999, but as of 2013, the product is available in three new colors: pink, green, and white. Cleverly named (kind of), the shewee was created for those of us who just want to pee like a man, and who among us hasn’t! Putting toilet paper down on the seat, or God forbid trying to maintain your balance while squatting over a public toilet is just such an arduous task, and I’ve been yearning for another way since my potty training days. If you’re like me, look no further. Perfect for germaphobes, athletes, camping enthusiasts, and women in the military, the shewee allows users to pee standing up. You use a piece of plastic to simulate manhood, and you’re finally able to relieve yourself without having to undress. It’s like a strap-on for urination! Our prayers have been answered!

According to their website, the Shewee is easy to use!

1. Undo trousers
2. Push underwear to one side
3. Place Shewee gently against the body with the outlet pipe directed away from you
4. Aim urine to a suitable place – away from feet, into a toilet or a container
5. When finished, pull Shewee forwards to wipe and catch any drips (liquid repellent surface ensures no drips)
6. Place your reusable Shewee back into a bag or resealable container

Make sure the Shewee is held in the correct position by not pushing the Shewee tightly against the body. Hold the Shewee with almost 1mm between it and the labia majora, the ‘pointy end’ can then be firmly placed against your perineum, but a little gap at the front will ensure that your body does not ‘fill’ the Shewee – therefore allowing you to be able to see the urine going into the funnel and leaving more room for the urine to pass freely. The Shewee should be held outside the body at all times. If in doubt, hold your Shewee under a fully flowing tap and see that it will not ‘fill up’, ‘back up’ or ‘overflow’ when you have the angle correct.

I can’t believe that up until now, I’ve been peeing using nothing but my vagina!

But wati, it gets better. Since the Shewee’s initial introduction to the market, inventor Samantha Fountain has developed a ton of other useful urinating devices. Available for purchase are female boxer briefs so you can pee through that weird pocket thing just like a man does, a pocket-sized, reusable toilet called a Peebol so you can pee any place, any time, and a diaphragm, because it’s just one more product that no one in their right mind has any use for.

Check out the Top 10 Camping Product of 2012 for yourself, now available in pink! And don’t forget ladies, “Stand up, and take control with the Shewee.”