Science Says We Don’t Like Diet Coke Anymore, We Say Science Is Full Of Shit 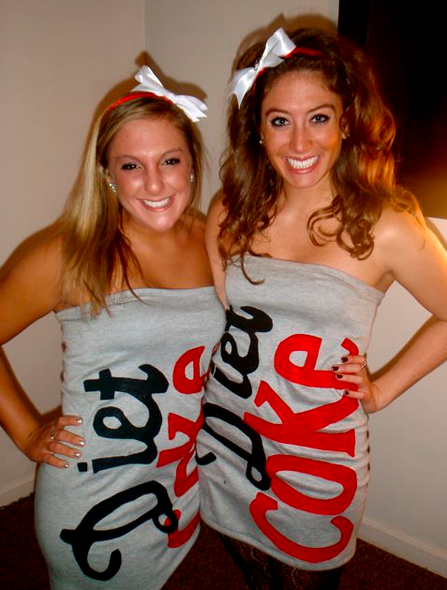 Diet Coke is bae. I don’t say that lightly because, for the most part, I’m being sarcastic when I use the term “bae.” It’s a dumb phrase and if you use it in any way other than ironically, I can assure you that we will not be friends and you’re the worst kind of person. That being said, I’m a hypocrite. And therefore I will say that Diet Coke is, in fact, “before anyone else.”

Why? Because it gets us.

It’s always there for us. We can find it virtually anywhere, in many forms, and it never fails to make us happy. And do you know what? Even when it comes in a plastic bottle, the least desirable form of Diet Coke, it’s still the best thing to ever happen to us. It wakes us up. It fills us up. It tastes like an orgasm, and have you ever heard anything more beautiful than the crisp pop of opening a fresh can?

No. The answer is no, because Diet Coke is perfect.

And then science decided to take a giant dump on our happiness. I have a love-hate relationship with science. On one hand, I don’t understand it. I coasted along with Cs in the subject, and it usually proves things that make me sad. Carbs are bad? Damn it. Alcohol will kill you? Ugh okay. People who are left handed are more likely to own 45 cats and die alone? Thanks a lot. But on the other hand, it’s science, so it’s kind of hard to argue with.

And apparently science absurdly thinks that we don’t like Diet Coke anymore.

According to Daily Mirror, the top three sodas in the U.S. (in order) are:

Pepsi is ranked higher than Diet Coke. Who the FUCK drinks Pepsi? This isn’t a stupid “which is better: Pepsi or Coke?” debate. This is an actual question. Who. The fuck. Drinks Pepsi? Inmates? Servants? Someone whose eyes are pulling a “dress” and they see a Diet Coke label instead of a Pepsi label? Either way, this isn’t about Pepsi and this isn’t about its “rank.” We don’t care what it’s ranked (okay that’s a lie. We obviously love being top tier). This is about the fact that Diet Coke, who has loved us for as long as we started counting calories, did NOTHING to deserve this.

According to “science” (I put science in quotes because I officially hate and don’t trust it), 63 percent of Americans don’t drink soda. Like at all. Not even on the weekends. Not even when they’re hungover. Not even with vodka. They just don’t drink it. This is what yoga, kale, and skinny diarrhea-tea has done to us. This is what shit tea has done to Diet Coke. Apparently, the only people drinking soda nowadays are the hardcore fans (hi there), and the people who don’t care about calories. Because all of those people are still chugging down calorie-filled, figure-destroying drinks. But the amount of people drinking Diet Coke went down 16 percent. It’s like you want Diet Coke to die.

The thing is, Diet Coke isn’t even as poisonous as we all thought. Besides, you spend your weekend tossing back tequila, devouring Taco Bell, and drinking calorie-filled coffee drinks. You can’t make a little space in your “healthy lifestyle” for low-cal, high taste, basically poison-free Diet Coke? I feel like I don’t even know you people anymore.