Should I Watch Star Wars Tonight Or Just End My Relationship Right Now? 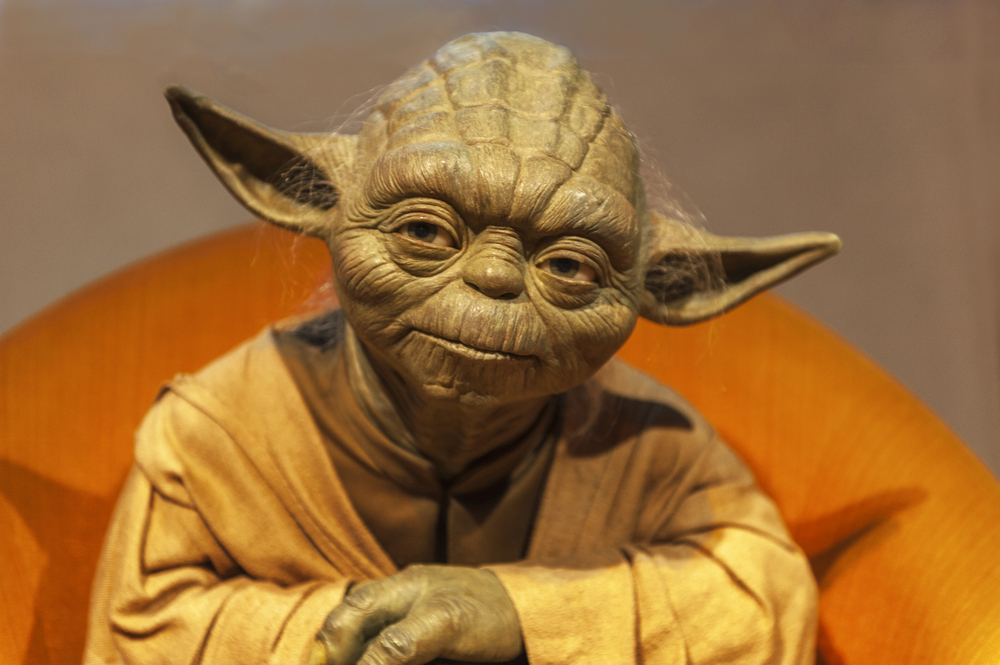 I, like much of the vagina-having population, have never seen a single film from Star Wars franchise. It started out as a simple lack of interest. If I wanted to see a space movie growing up, I did what any self-respecting tween would have done. I popped in Zenon: Girl Of The 21st Century and — zetus lopetus! — I called it a day. I waved goodbye to my brother, uncle, and male cousins as they waited in line on opening day, and over time, I grew into a smart, feminist icon who knows that Star Wars and Star Trek are actually the same exact fucking thing.

This was fine for most of my life for two simple reasons. The first is that I’ve always placed a high value on living my brand, and anyone who uses the phrase “living my brand” is not the type of person who gets roped into seeing a movie about a gorilla-bear who speaks exclusively in glottal moans yet never seems to run into mishaps due to a language barrier.

The second, and more important, is that I never tell the people I’m dating I’ve never seen Star Wars (and that my desire to see it is negative three). Because if there is one thing I’ve learned about guys — it’s, well, it’s that they don’t know where the clit is. But if there’s TWO things I’ve learned about guys — it’s that they freak the fuck out if you don’t care about some dude who has an evil robot for a father and maybe fucks his sister in outer space, which is the exact plot of this movie, I’m almost positive. As it turns out, women like my girlfriend who act/dress/think like guys have the same feelings on Star Wars. Woof. (The clit thing’s not an issue, though, so it’s not a total loss.)

I have made it eleven (11) months into my relationship narrowly avoiding this film at all costs. And it seems my time has run out. After almost a year of “falling asleep” or changing the subject to one that involves two naked people ignoring whatever’s on the TV, I can no longer prolong it. This has been set on my calendar for a week. We are staying in tonight and watching Star Wars. Which one? I have no idea. I don’t think it matters, because I’m pretty sure they’re all the same.

She’s checked in with me three times today alone to remind me to “be on time” because “time and space don’t revolve around me” and she normally only “works around this delusion” because I have “tits.” She recalled how she’s had to become a “so-called Instagram boyfriend” and take a so-called “unhealthy number of pictures” of me for my “so-called aesthetic,” so I could consider doing this one thing for her. (As if my teaching her Instagram skills weren’t also for her, but that’s neither here nor there.) And mostly, she reminded me that one time, six months ago, I made her watch Keeping Up With The Kardashians and she only bitched twice, so I pretty much owe her. The point is, she’s made it abundantly clear that this is important to her. And so, as a caring, nurturing person, who understands the value in putting your wants and needs second in a relationship sometimes, I’m starting to wonder…

Should I just break up with her before I go over there tonight so I don’t have to deal with the whole “being a good person” thing?

I mean, let’s face reality. Am I going to fall in love with this movie? Of course not. There’s no way twenty-something years of hype on a topic I don’t care much about will live up to the obsession I’ve heard about from people who have nostalgia to fall on if storytelling fails. Will that crush her? Despite what she says, yes. Yes, it will. And then I’ll have to decide between crushing her with the truth or living a lie, and that’s not the type of pressure I think I can withstand.

Sure, I’m in a happy, healthy relationship. And yes, all my other non-Star Wars relationships have been pretty much trash that ended in both heartbreak and emotional damage. And of course, it was nice not to have to confront my borderline alcoholism and terrible personality head-on as the reason I was alone. And as I already mentioned, she does know where the clit is. But…are companionship and regular sex with someone who calls you before 1am REALLY worth it?

I think there’s only one answer:

Someone please let me know if that means yes or no and stat..