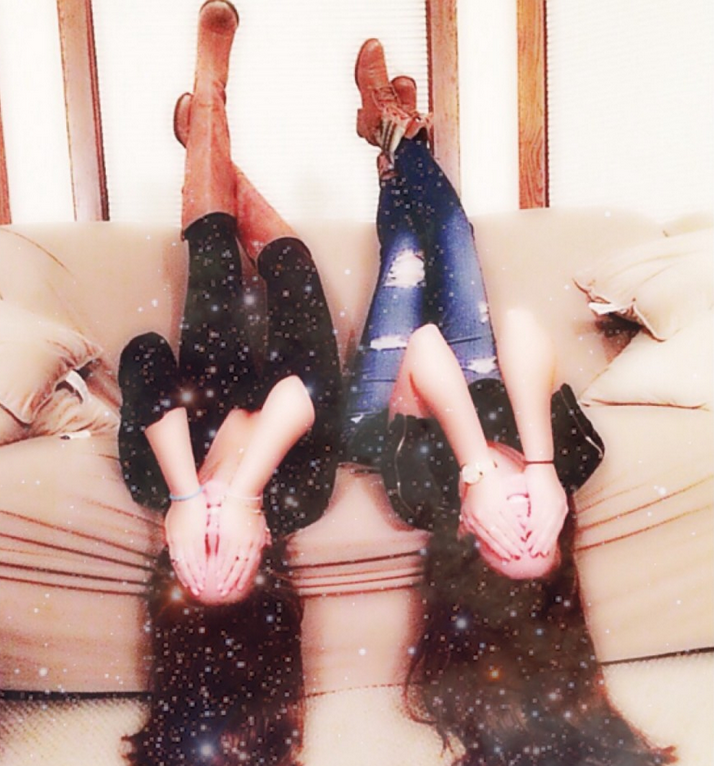 Sorority recruitment videos are ridiculous. I think we can all agree on that. No matter how awesome the editing, the drone shots, or the slow motion laughs are, at the end of it all, they’re sort of silly. And that’s totally fine. It’s just the trend right now, like ~ t y p i n g everything like t h i s~, or posting pictures of doughnuts on Instagram. Sure, our videos are filled with gorgeous women running around with flags, playing with puppies, and blowing glitter, but when the credits (yes, we have credits for these things) roll and the lights come up, we all know that it’s complete bullshit.

Just like a resume, a first date, or a job interview, we use these videos to look awesome. We want to say “hey, we have a lot of fun here, and if you become our sister, chance are, you’ll have a good time too.” We put on more makeup than we do the rest of the year combined, we splurge on cute dresses, and we do our best to put our most fabulous selves forward. And despite the perfect curls, timed laughs, and playing “Runaway” on repeat, we know that that’s not what sisterhood is about.

Some people however, haven’t exactly gotten the memo.

In a recent shit storm, people are getting PTFO at The University of Alabama’s Alpha Phi chapter for their cliché recruitment video. So, what does it have in it? You know, the usual. Girls waving at the camera, laughing in slow motion, acting like they give a shit about football, dancing around in their swimsuits, and, of course, blowing glitter.

So what’s the big deal?

According to A.L. Bailey, writer and editor of AL.com it’s this video, and videos like it, that are making women look bad. Like really, really bad.

Like the many other videos of its ilk found online for sororities far and wide, it’s supposed to work as a sales tool to draw in potential new members (PNMs). But unlike many other videos, Alpha Phi’s video stands out in the “beauty and bounce” category and in its production value. Yes, sororities are known for being pretty and flirty; they aren’t bastions of feminist ideologies. But perhaps they shouldn’t completely sabotage them either.

Just last week during the GOP debate, Megyn Kelly of Fox News called out Donald Trump for dismissing women with misogynous insults. Mere hours later, he proved her point by taking to Twitter to call her a “bimbo.” He also proved the point that women, in 2015, must still work diligently to be taken seriously. The continued fight for equal pay, the prevalence of women not being in charge of their own healthcare issues, and the ever-increasing number of women who are still coming out against Bill Cosby after decades of fearful silence show that we are not yet taken seriously.

Meanwhile, these young women, with all their flouncing and hair-flipping, are making it so terribly difficult for anyone to take them seriously, now or in the future. The video lacks any mention of core ideals or service and philanthropy efforts. It lacks substance but boasts bodies. It’s the kind of thing that subconsciously educates young men on how to perceive, and subsequently treat, women in their lives. It’s the kind of thing I never want my young daughters to see or emulate.

To the incoming PNMs, this video has a clear sales pitch: beauty, sexuality, and a specific look above all. They’re selling themselves on looks alone, as a commodity. Sadly, commodities don’t tend to command much respect.

Ugh. It’s like an annoying “Greek life is horrible” nightmare that we’ll never wake up from. After this video went viral, reaching close to 500,000 views, the chapter took it down due to all of the negative backlash. Still, that didn’t stop people from dissecting it, and all of us.

Fox news then discussed the topic, using both a Greek, and a non-Greek woman to share their views on the video, and sorority life in general.

It’s almost so absurd, you can’t even be mad. As the non-Greek woman spoke about how not being in a sorority allowed her to “focus on academics, on relevant things, and have a healthier outcome” I couldn’t help but roll my eyes. You know, in addition to calling her a whole bunch of unladylike things under my breath. Here’s this other beautiful, articulate, educated woman who was in a sorority sitting next to her, and she has the balls to say all of this shit about Greeks. The woman who went Greek is just as successful, just as smart, and correct me if I’m wrong, but she seems much more poised and passionate, than the non-Greek debater. It’s so crazy to me that someone who was never in Greek life can sit there and say that we’re more likely to binge drink and be unhealthy just because we wear letters. Oh wait. JK. That’s what everyone does to us all of the time.

So what does it come down to? Are we horrible, future Stepford Wives? Are we “representing anti-feminists views?” Are we worse than Donald Trump?

No. Not even close. We have the right to represent ourselves however we want. That’s what feminism is about. If we want to blow glitter and lay in a circle with our sisters and laugh, we can do that. And if people have a problem with that, that’s fine too. They don’t have to join our sisterhoods. You know, the ones that give us a home away from home. The ones that donate millions of dollars to philanthropies across the country. The ones that have given us friends to help us in our worst times, and cheer us on at our best times.

Should we stop advertising ourselves with pineapples and cutoff shorts? Maybe. That’s up to you. But no matter what we put in our recruitment videos, we know the truth. We know what sisterhood is.

So ignore the haters, and keep doing you. At the end of the day, all that matters is that you find girls who represent your sisterhood, your values, and your chapter the best you can. If that means playing with puppies or including hilarious Snapchats in your videos, then do it. I mean, if we all want to agree to stop blowing glitter (seriously, it’s dumb) that would be cool. It would be cool, if, instead of trying to look “perfect” we try to look “real.” It would be cool if we stop making beautiful movies about sorority life, and start making honest documentaries.

But if not, it doesn’t matter. Because we know that we’re kind, compassionate, and wonderful women. If other people can’t understand that, then they’re the ones missing out. From the outside looking in, don’t even try to fucking explain what it’s like on the inside. Because no matter how you attempt to spin it, you’ll never understand..