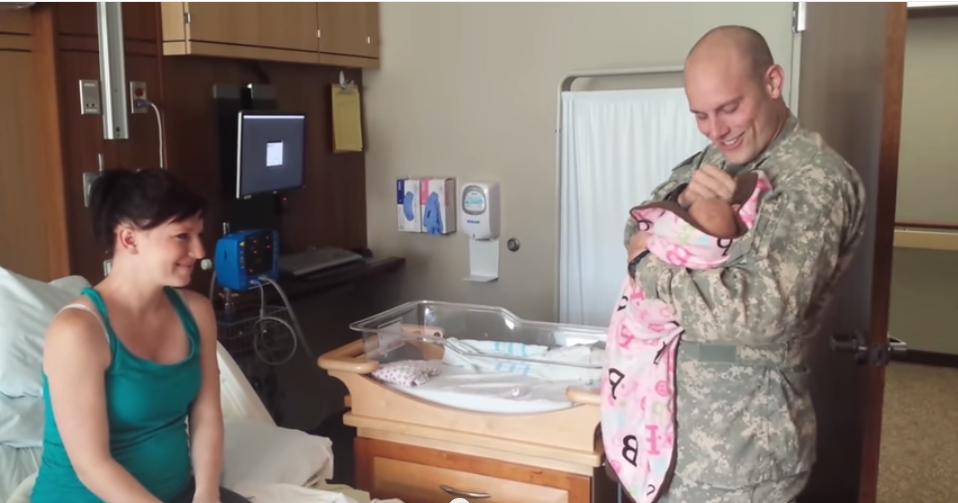 I’ll be the first to admit that I love watching videos of soldiers coming home. Seriously, it’s one of my favorite pastimes. My dad is in the National Guard, so I have some pretty great homecoming stories myself. Having a parent, a significant other, or even just a friend away for that long is a really difficult experience. It’s even more difficult when big things are happening and this person can’t be there.

National Guard Sgt. John Varrath, stationed in the Middle East right now, realized this when he had to watch his daughter’s birth via FaceTime rather than be there for it in person. While watching, his commanding officer slipped him a note to let him know his leave request had been granted. Even though I’m sure he wanted to scream it right there, Sgt. Vorrath chose to keep it a secret. The next day, he landed in Iowa and traveled to the hospital where his wife and new baby were to surprise them. The video is, in a word, amazing. If you don’t cry, you probably don’t have a heart.

Sgt. Vorrath will return to active duty at the end of the week..