Stop Putting Your Venmo Out There 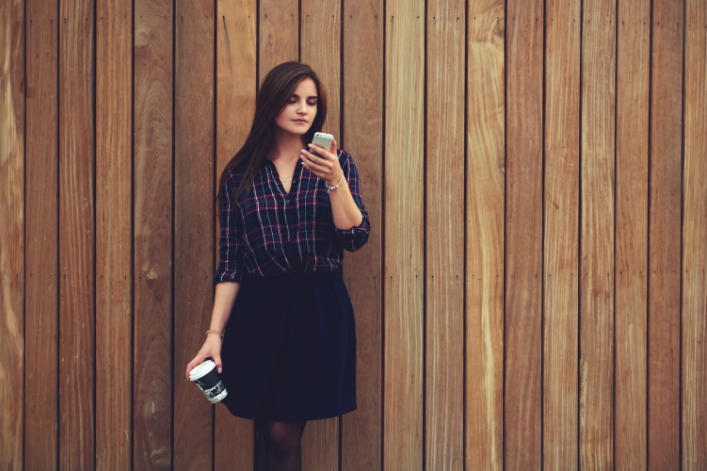 It was her Venmo username.

Now, I’m no stranger to the hot girl way of life. Not because I am a hot girl or because I’ve ever been a hot girl, but because I’ve befriended enough of them, and I’ve seen them in action. Their long mermaid hair, oversized lips, tits, and ass, and their overall carefree and adventurous while still slightly bitchy attitudes have lured men for generations. These sirens could make guys crawl across glass, beg at their feet, and serve their hearts up on a platter, just for the chance to talk to them. That’s just the magic of the hot girl.

And now with modern technology, it’s even easier to get dopy guys to buy you shit without ever leaving the house. More and more women put their Venmos and Paypals out there in the hopes that guys will just drop some money in their accounts for the chance to talk to them. Is it borderline prostitution? Eh, we’re all sort of thinking it. Still, hot girl after hot girl has had her bills paid for, all because guys think that throwing money at women will get them to pay attention to them. And, of course, it works like a fucking charm.

Back in the day before Venmo, however, you had to actually converse with a guy to get him to buy you shit. Or, if you were really hot (or in a group a really hot girls, like I tended to be), you had to at least take a shower, do your hair, pile on a bucket full of makeup, strap on a bra that made your boobs touch your chin, and teeter on heels in a crowded bar and maybe, just maybe, someone would buy your drink before approaching you in the hopes of buttering you up (read: getting you wasted so you think he’s interesting when he talks about his dreams of going into sales and how his fraternity is full of “genuine guys”).

It didn’t matter if you went home with someone or if you even talked to them for long. But you had to put in some work. You had to nod as he talked about *his* football team and how much he loves going hunting. You had to endure a little pain before getting paid off like some high-class hooker. But now? Venmo has taken that away and made it way, way too easy to use money to flirt with hot girls. Those hot girls don’t even have to do anything. They just have to sell their skinny teas and their hair growth gummies, post some pictures in a bikini or with a fucking fish gape, and they’re set until they turn 30. They basically just have to exist as hot girls. And I, for one, think it’s pretty disgusting.

I mean, our generation is already being called lazy, spoiled, and self-righteous. Now, if our parents knew that we didn’t even have to wash our hair or put on makeup to literally get money from some 33-year-old virgin computer nerd who jacks off to our Instagram pictures, they’re going to be so disappointed. Our dads had to dress nice, go to a bar, brush their fucking teeth, be charming and hold a conversation in the hopes of seeing our moms in the type of risqué poses we post on a daily basis. And our moms? They had to fucking talk to guys. In person. And actually win them over with their personalities as well as their scantily clad bodies.

It’s gross, ladies. And it’s time to stop. And I’m not saying this because if I posted a picture of myself in a matching bra and panty set the picture would get reported instead of liked a zillion times. And this isn’t because I haven’t reached hot girl level and no one has ever just given me money for being a shockingly attractive female. This isn’t because I’m a jealous, bitter bitch who gets mad anytime some 100-pound girl with miraculously giant boobs gets $100 from some stranger ~just because.~ No, this is because it’s not right to take money from fucking nerds who should be spending that money on Proactiv. It’s just not the moral thing to do.

Unless of course, anyone wants to drop some money in my account. If that’s the case, everyone just be cool. My username is @rachalloy and while I accept any and all amounts, I would really prefer payments over $20. Sure, I’m not exactly a “hot girl.” But what I lack in overall physical attractiveness, I make up for in the dire need to pay my bills. You decide what’s more sexually appealing: a good ass or reeking desperation..