Student Is Auctioning Her Virginity Off For $168,000 To Pay For Med School 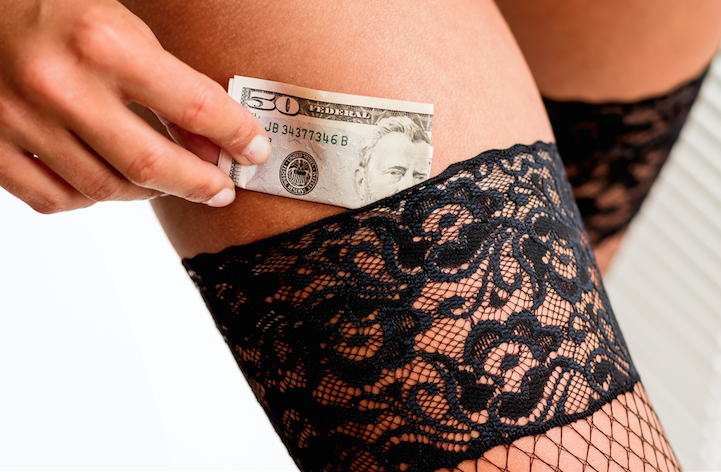 For most of us, losing our virginities was a special time. It most likely involved the boyfriend you were sure was ~the one~ (did he give you a promise ring at some point?! Who’s to say?), the back of the car or your bed that day you both skipped school, a few thrusts, a little bit of pain, some light crying (just me?) and that was that. Sure, some variables might be different — he might not have been your boyfriend, but a hot guy you really liked. Maybe you were at a party instead of in his older sister’s car, or maybe it happened in your college dorm room with that guy from down the hall.

Whatever it was, for most of us it was special. Or memorable. Or at least something we recalled with humor and hopefully fondness as we talked about it with our friends over bottomless mimosas.

Ariana, a 20-year-old student in Russia is going to lose her virginity a little bit differently. She is currently auctioning off her virginity to pay for med school abroad. Hell, she’s even offering off her friend’s virginity in case the lucky guy wants a 2-for-1.

Many students have the issue that during their studies they have to deal with multiple problems. You have to go to work in order to pay for your education.
I want to move to another country for my studies in medicine. The university will be very expensive, the rent will also be high.

I imagine that living in another country will be very hard, therefore I want to get the financial burden out of the way so I can focus on my medical studies…It is the easiest way to earn money in a short time.

I am also an independent woman and can do just what I want. Believe me, I have thought long and hard to make this decision. I have hoped for so long to find my great love, but it did not work out.

Now, there are a few things I want to highlight. First, this girl hasn’t told her parents that she’s doing this. But considering it’s all over the internet, I’m sure that will change very fast. So strike one, her parents find out and she gets locked away and never sees daylight again. Second, I’m pretty sure most med schools would do a quick search, find out that she’s the girl who sold her virginity online like an old purse and deny her admission. Third, if she gets $168,000 and all I got was some Reese’s Puffs and a few minutes of cuddling, I’m going to be pissed.

The other point I want to make is that she said she’s doing this because she hasn’t found love. BUT, and this is the big one,

She hopes that the highest bidder is a gentleman who deals sensitively with the situation. She said that perhaps it will also be a man she would like to see more often after their sexual encounter.

She basically wants this guy to fall in love with her, sweep her off her feet, and they live happily ever after. The only problem is that this isn’t “Pretty Woman” and Richard Gere isn’t going to be the guy buying her virginity. Odds are it’s going to be some creep who keeps his toenail clippings in a jar and sleeps with unopened action figures.

But hey, to each her own. If she wants to say “goodbye” to her virginity so she can spend the next ten years in school, so be it. As for me, I’ll be over here with my bachelor’s degree, my crippling student debt, and the memories of the boy who said he’d always love me before cheating on me with the entire Soprano section of our school’s chorus. See Ariana?! See what you’ll be missing out on?!.