The 3-Step Guide To Getting Rid Of Your Shitty Friend 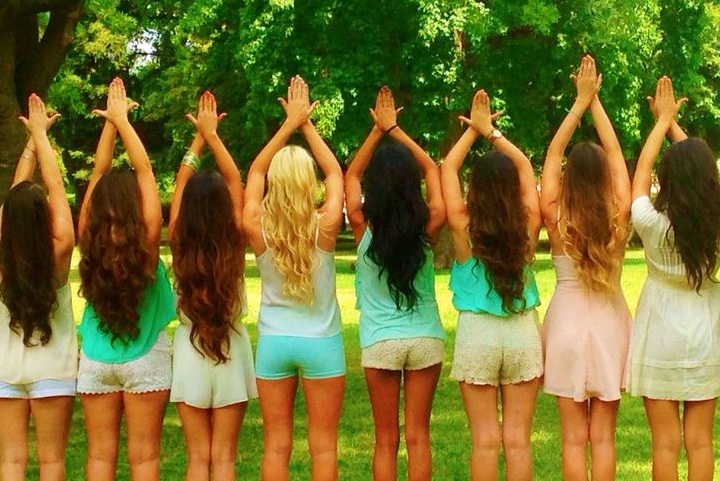 Like cheap wine or the popularity of crop tops, toxic people are an unpleasant yet unavoidable part of life. For every amazing, future bridesmaid-quality bestie you meet, there will be a batshit crazy hell-beast whose seemingly sole purpose in life is to cause trouble in yours. The toxic friend doesn’t seem that bad at first; she lulls you into a false sense of security before taking off the “normal girl” mask and revealing the satanic witch within. Maybe it takes years before you to realize she’s a compulsive liar, or that she talks mad shit behind your back, that she hates Beyoncé, or that she kicks puppies for sport. But when that realization hits, you have to act fast. Like, Lilly sale fast. If you remember the following three steps, you should be able to escape her tacky French manicured clutches before she steals your crush, your favorite heels, or your soul.

Step 1: Decide On Your Breaking Point And Stick With It
What is the one thing that you can’t forgive? Lying? Cheating? Capri pants? Whatever it is, you have to honor it and take action when it happens. If you don’t stand up for yourself when shit goes down, shit will continue to go down until you’re buried in it. Trust your gut. Remember, you semi-professionally girl-flirt for the sake of making snap judgments at least once a year. Your instincts are usually on point. If she seems like a psychopath (or has bad eyebrows) she probably is a psychopath.

Step 2: Stop Talking To Her
Passive aggression will get you nowhere. In girl world, the worst kind of person is a fake one. She’s the type who acts like everything is okay when it’s not, who smiles to your face and bitches behind your back. Don’t let her turn you into a fake person. No, you don’t want to go to lunch with her, so don’t say yes and then sit across the table for an hour, forcing a smile while wanting to strangle her with her infinity scarf. That picture of a cute kitten she sent you should evoke no response. She has big news or a story you have to hear? Nice try, but see right through that pathetic pandering. Give her the ankle bootie. It’s like giving her the boot, but trendier.

Step 3: Delete Her
These days, the cell phone is like an external brain. We store memories, make notes, and use it constantly. There are even those who use their cell phones more than their brains, but that’s a topic for another day. It would be fantastic if we could just delete people from our brains Eternal Sunshine of the Spotless Mind-style, but that is less likely than an effective carbs and Netflix diet. Delete her number, pictures of the two of you together, and all texts. Block her on social media. You don’t need to see her overly filtered life highlights; you’ll just compare them to your own, and that is about as much fun as not being able to see best friends on Snapchat anymore. Cutting someone out of your life means removing his or her presence from your online world as well as the physical one. Yeah, you’ll be tempted to check in. Does she still date that guy who looks like a sloth in a not cute way? Has she gotten a cliché tattoo you can laugh at but secretly be jealous of? Stop. You don’t need to know. Focus on the lives of people who affect you positively, who make you a better person, who let you borrow their favorite pants without acting like a goddamn martyr, and who love you despite your penchant for playing one Beyoncé song on repeat for three days straight.

Life is too short to keep someone around who’s bringing you down. As Marilyn Monroe once said, “Ain’t nobody got time for that.”.