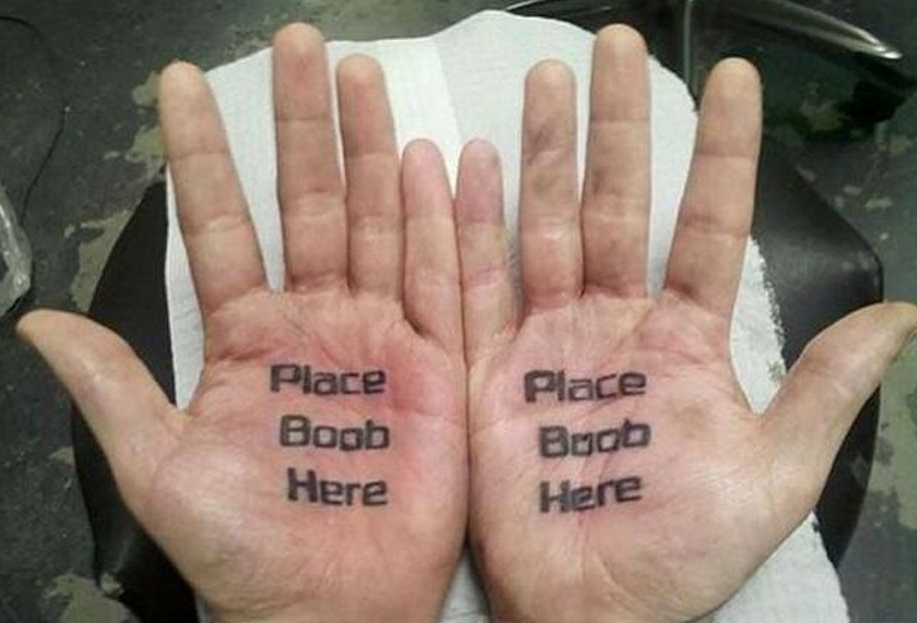 Sometimes guys just don’t get it. It’s cute, really. They try super hard to catch our attention, say the right thing, and above all, get us to attend the party in their pants. Unfortunately for them, while their head is telling them to do one thing, their, uh, other head is telling them to do something completely, idiotically different. Basically, they throw their intelligence out the window and do whatever it takes to get some. While they really do give it all they have, sometimes, despite their efforts, we just don’t feel like getting it on. Maybe we ate way too much Chipotle, have a red river flowing, or they said our freshman year roommate was hot.

Whatever it is, sometimes you just aren’t having it and your guy isn’t getting any. At this point, your dejected, unloved, victimized guy will act like you’re the fucking devil as he showcases the five stages of grief. Seriously, his life is so hard.

1. Denial
The first stage the male will exhibit is denial. During this stage, the subject will be unaccepting and delusional. He will be in sheer disbelief that his wish was denied, and therefore, he will continue his attempts at “getting some.” He will continue to try his “go-to turn-on moves,” including but not limited to: neck kissing, heavy petting, and telling you that you’re beautiful. Despite insisting that it’s still not going to happen, he will attempt to seduce you for an embarrassing amount of time.

2. Anger
The second stage the male will exhibit is anger. He will be unhappy with your decision of denying his loins love, and he will want to make sure you’re aware of it. He will call you “mean,” a “tease,” or, my personal favorite, “a she-devil vixen.” He will declare that he has blue balls and is in agony. If he really feels hurt, he will state that you won’t get any of his dick. The female should do her best to hide her laugher, as laughing will turn him into more of a weeping man-child.

3. Bargaining
The third stage the male will exhibit is bargaining. At this time, he will try to convince the female to give him what he wants. Promises of dinner, a gift, or even oral sex will be laid on the table in an attempt to sway her decision. Every once in a while, this will be the final step because it actually works. If the right bargain is thrown on the table (read: stuffed-crust pizza) the female might consider the bargain. If not, the sequence leads to the next stage of grief–and a very sad penis.

4. Depression
The fourth stage the male will exhibit is depression. At this point, he has come close to accepting his fate. He has given up bargaining and has retreated into a sulking silence. There is a likely chance he will pout, sigh, and act like you committed a huge crime against his manhood. There is no way to get him out of his slump, so enjoy a few moments of solitude while the fact that he is not going to get his dick touched sinks in.

5. Acceptance
The fifth and final stage the male will exhibit is acceptance. After a disturbing amount of time, he will finally come to the understanding that he is not, in fact, getting any. He has gotten over the shock of the denial, and is back to his normal self. You can find him watching football, begging for a sandwich, or staring at you while you bend over. Unfortunately, at this point, he will once again realize how hot you are, and he will then restart the whole cycle.