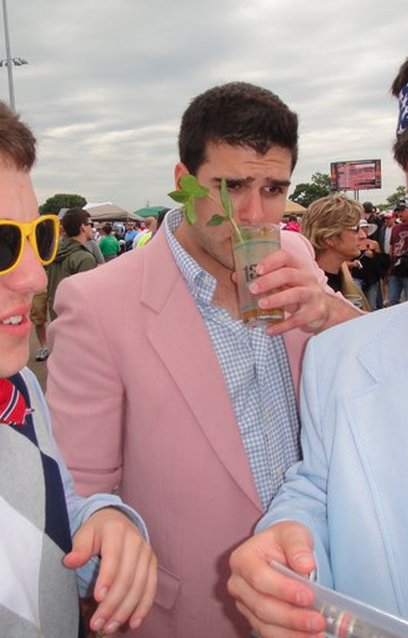 I think I speak for most female college students when I say the worse something is for us, the more we love it. In the immortal words of Kenny Chesney, it really is our favorite sins that do us in, but tanning beds, Chick-fil-A breakfast, online shopping, and blacking out on a Tuesday night, combined still don’t hold a candle to the evil that is the “southern gentleman.” This archetype, a product of college campuses below the Mason-Dixon Line, is the seemingly ideal combination of cocky and charming. He’s impeccably dressed, affiliated with a “top tier” fraternity, and his strategic placement of the words “darlin’,” “sweetheart,” and “baby” could make any girl swoon. Who knew chivalry existed outside of shitty rom-coms? He’ll never let your hands touch a door handle or a credit card. Your sisters will all glow green with envy when he has pledges deliver flowers to your sorority house. You’ll feel like you’ve found the Rhett to your Scarlett.

Of course, if you’ve ever actually sat through Gone with the Wind in its entirety, you know that Rhett is, well, kind of an asshole. The “southern gentleman” may be polite and well-bred, but he can easily choose to use his powers for evil. Call a girl a pet name in a honey-soaked, southern drawl and she’ll turn into putty in your hand. Offer her your jacket on a chilly night, and as soon as she catches a glimpse of the Brooks Brothers logo, she’ll offer you her whole world. He knows this.

As quickly as he made you feel like a Disney princess, the clock will strike midnight, some other girl will be his Cinderella, and if you’re anything like me, you’ll actually be missing a shoe. Because of his sly and cunning ways, you really will believe he “passed out early last night,” that the girl he took to his date party actually was “a friend from home,” and that pretty much anything and everything wrong with your “relationship” must be your fault. He’s so good, you won’t even realize you’re just a slam, let alone slam number seven.

A few phrases you should look out for:

He says: “Baby”
He means: “I’m too drunk to risk calling you the wrong name.”

He says: “Sweetheart”
He means: [See above.]

He says: “I’ll be at church with my family.”
He means: “Look what a great guy I am! I could never do you wrong.”

He says: “I have too much going on to be in a relationship right now.”
He means: “I don’t want to commit to you, now or ever.”

He says: “I’m a gentleman.”
He means: “I am a complete and total asshole.”