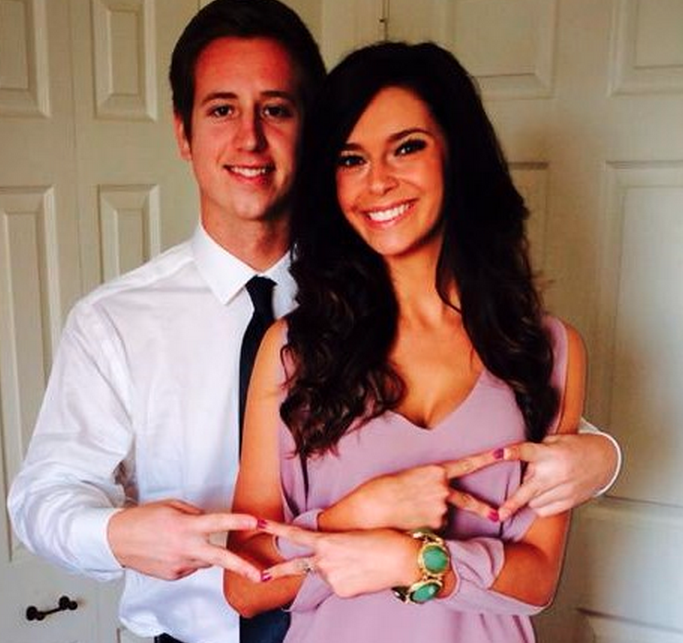 Dating — no — finding a boyfriend is confusing. There is an unspoken series of events that must take place in order for couples to succeed in this day in age. It starts with an Instagram follow. You start off slow with consistent likes on every IG post and then he hits you with that like on a post from seven weeks ago where your butt looked good, and maybe a flirty comment or two. Then two very important things must happen in either order: you text or you hook up. If you’re texting, it means the eventual hookup is inevitable. If you’re hooking up, it means you’ve done the most intimate thing two people can do with no intimacy whatsoever. But if it’s good and consistent, the Wednesday bored-in-class text is right around the corner.

The next step toward coupledom is “talking” — you are both texting and hooking up, and you think the other person likes you, but you’re not sure, so you basically just go along with it to see if they’re bored of you. This is where so many could-be relationships fail, because as college women we are told that if a guy is not texting us during every conscious hour of the day, that means he doesn’t care about us, and college men are told that if you get too close to a woman, that means he will have to text us every conscious hour of the day. That is insane. Adults don’t text their spouses like “Good morning beautiful, how are you?” “Oh hi, handsome. I’m at work, hbu?” “lol same. Can’t wait to see you for dinner.” Usually the guy you’re “talking” to ends up being a guy who “likes you, but doesn’t have time for a relationship.”

After you’re friends with benefits for awhile, you are eventually “together.” That’s not even official girlfriend boyfriend, because “official” means a declaration of your relationship. Being “together” just happens. This is the gray area that girls are suspended in when a guy acts like it’s a relationship, but won’t admit it just in case some divine intervention model tries to hook up with him, so he can be like “Well, we weren’t even dating, so it’s fine.” This is the stage where crazy girls are born and die.

After months of all that bullshit (and likely a conversation initiated by him — never by you), you are boyfriend and girlfriend. It’s exhausting. I understand that you can’t force anything and you need to let things happen naturally and blah blah blah, but this system is bogus. What happened to seeing a pretty girl at a malt shop and taking her to a drive-in movie? I saw Grease and I’m pretty sure it was based on a true story. The ’50s rocked. I mean minus the whole segregation and sexism but you get what I’m saying..