The More Fake I Get, The More Real I Feel 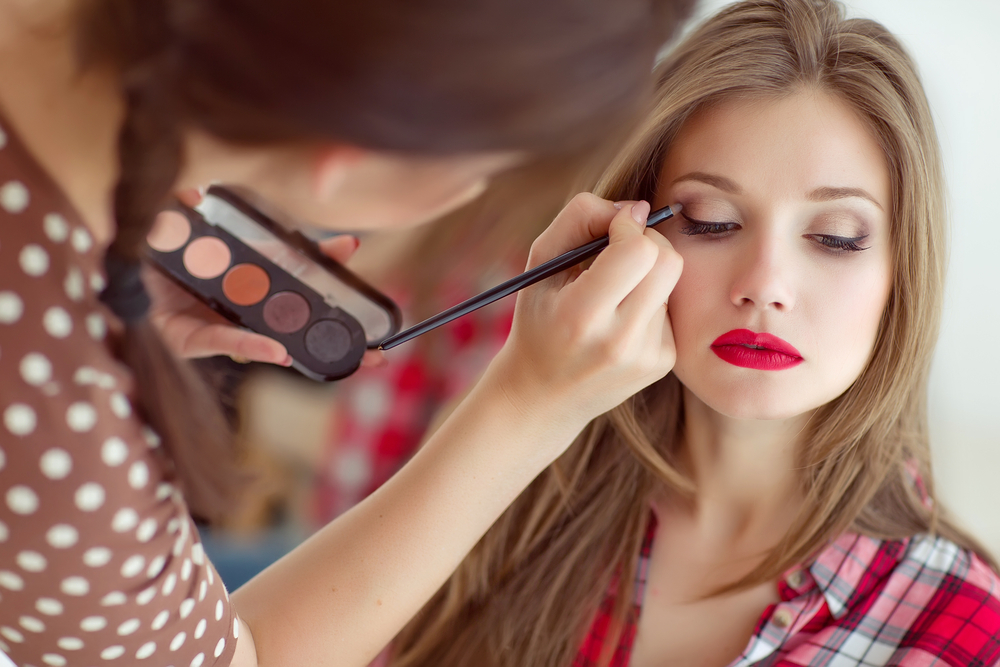 It all started with the first episode of Sex And The City. Then a season. Then a series. Then an obsession. I wanted nothing more than to be Carrie Bradshaw and her pretty pals. They seemed so down to earth, but as messy as they were, they seemed more poised and put together than I could ever be. I wanted to be just as extra as they were. They had so much fun and got literally everything they wanted. After much deliberation, I decided the only thing that stood in between me and my true form was my look. My usual vibe that was haphazardly thrown together while still half asleep was hindering me from achieving my full potential. It wasn’t working for me anymore. Yes I was comfy, but I felt like I was hiding behind my makeup-less face. I had to change immediately.

At first, there were small things. I changed my leggings to jeggings, Ugg boots to booties, and sports bras to real bras. I worked up to gluing fake nails onto my fingers and fake eyelashes onto my eyes. I dyed my dark blonde hair to a lighter blonde just because I could. After awhile, things just started falling into place. My favorite color became pink after it was blue for my whole life. I willingly watched hours of hair and makeup tutorials on Youtube to make sure that I always had a new look. I bought shit from Sephora that wasn’t on sale. I started using a beauty blender. My voice dropped into the creakiest vocal fry that my body could produce. My vocabulary began mirroring that of a sassy drag queen. When someone asked me what I thought about what was going on in the world, I would go into great detail about what my opinion on the latest Hollywood scandal was. I had gotten a taste of this life when I was on TFM girls, but that came and went. This new me was as permanent as my tattoo eyeliner by Kat von D.

After my transformation was complete, I had to take it out into the world, and what better way than through social media? My Insta game cranked up to an 11. My already witty tweets became wittier and more dramatic. I followed celebs and stan accounts (also had to learn what a stan account was) to keep me balls deep in everything pop culture. Everything went on Snapchat. Anything to amp up my already amped up life. I reveled in fooling people online that I am not just a regular girl. I am the girl. I’m still the same girl next door that I’ve always been, but you would never know it. Now I am the girl who lives a few houses down that your mom always had her reservations about when you hung out with her, but eventually she came around.

Being extra is about being fake. It’s about being able to recognize what is real and then exaggerate it as much as possible. It’s so fun to let your hair down (not after you spent an hour curling and teasing it) and letting your unapologetic self shine through (as long as there is no shine on your face, matte that shit down). I didn’t just become more fake, I became more real. It now takes me almost quadruple the time as it used to for me to get ready, but as my acrylic nails click-clacked against the keyboard while writing this piece, I couldn’t help but wonder, is all of this effort worth looking effortless? Abso-fuckin’-lutely..