The Official Power Ranking Of Your Shack Shirts 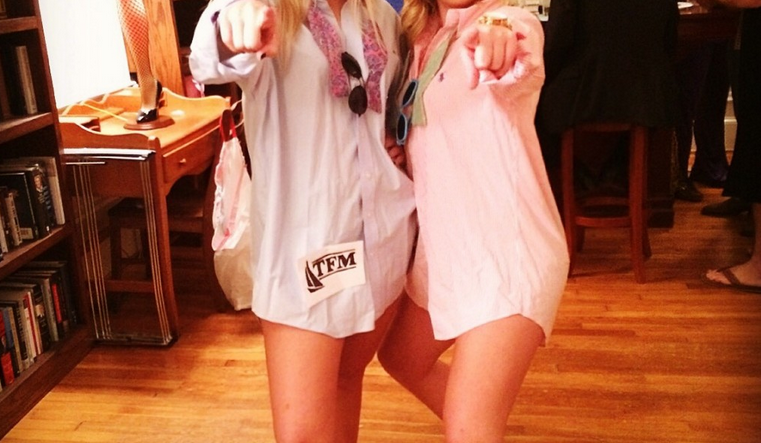 7. T-shirt: Every basic bitch on the planet gets a t-shirt. Guys are so used to giving away t-shirts that the organized ones have a separate “give away” drawer. If you’re getting a plain tee, you’re as throw away as he is. He probably looked through his tees for one that was shitty enough to lose on you. Don’t feel happy about your souvenir. But also don’t give it back.

6. Tank Top: I know it’s less fabric, but a tank top is worth more than a t-shirt is in this world of shacking. Why? Because everyone fucking loves a frat tank and nobody has a lot of them. Dudes included. It’s the same logic on why you’re so excited when your sorority decides to make tanks instead of tees for your PR item or for Greek Week. They’re still cheap and free, just slightly better.

5. Pinnie: Entirely dependent on the school, we have next, the beloved pinnie. If you go to a pinnie school, you can pretty much guarantee on any given Sunday you’ll see a bunch of guys bumming around in these disgusting, wonderful mesh tank tops. You want one. You will have one. Bonus points if they have letters on them.

3. Sweatshirt: This is pretty much the Holy Grail of shacker clothes for ordinary women. The thing that’s cool about the sweatshirt is that if you have it, you’re likely getting two shirts out of him. You wore the tee, but you were “still cold” and got a fuzzy man sweatshirt that swallows you like a marshmallow to provide a lifetime of future comfiness. Do not let this go.

2. Flannel: Unchartered territory for many, the flannel is a piece of actual clothing. He didn’t get this for free, and he doesn’t just wear it around the house. His mom or his girlfriend carefully selected it, and now all of her effort is being redirected toward you. He’s planning to see that flannel again, but he’s not planning on getting it back from you. He just wants you to have something you love. This is big time.

1. Oxford/Button Down: You were playing Risky Business, and doing that thing where you accidentally don’t realize how sexy you look in his shirt, and then you never took it off. You straight up stole an $80 piece of clothing from this man’s house. It’s like he went into your closet, found a formal dress, and took it with him before he left. You little minx, you. Teach me your ways.