The REAL Reason He Didn’t Text You Back 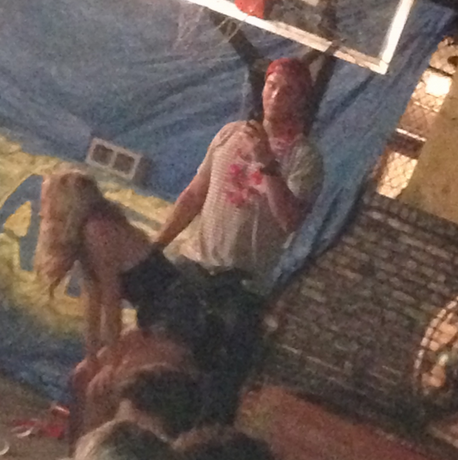 One of the most amusing things to observe is a girl freaking balls when a guy doesn’t text her back. The immediate image that comes to mind is a girl in an empty room with stark white walls, staring at her phone. Don’t you have other shit to do besides waiting around for some dude to text you? Go learn to garden, or paint, or I don’t know, read a book. That’s beside the point, though, since the main issue here is that the general consensus as to why he hasn’t texted you seems to be along the lines of “OMG, GUYS, HE DOESN’T LIKE ME, AND NOW IF I SEE HIM IN PUBLIC, I HAVE TO AWKWARDLY MAKE EYE CONTACT, THEN IGNORE HIM LIKE WE NEVER SAW EACH OTHER IN THE FIRST PLACE!” Da fug is wrong with you? Being socially awkward when you see him is one thing, but just because he hasn’t replied to your text doesn’t mean he’s not into you. Believe it or not, most people do things with their days that don’t involve sitting around waiting for messages. I know it’s a scary thought, but it happens.

Let’s take a step back and be logical here. Do you ever take naps during the day? Do you take showers that last longer than 5 minutes? Do you sometimes forget your phone at home? I know you answered “Yes” to at least one of these questions because everyone does stuff like this, so maybe, just maybe, THE GUY YOU’RE TEXTING DOES IT TOO AND THAT’S WHY HE HASN’T TEXTED YOU BACK. Crazy, I know. But seriously, haven’t there been a few times you’ve fallen asleep on the couch watching Law and Order and blown off 3 or 4 texts because, well, napping.

So let’s stop being insecure and just think for a moment. If it’s past 8:00 pm, there is a very likely possibility that he’s either drunk or in the process of getting drunk and just hasn’t looked at his phone. I mean really, who likes being “that guy” who stands in the corner and texts while everyone else is getting their Zelko on? It’s lame! You wouldn’t be talking to him in the first place if he was that kind of guy. There’s also the very likely chance that he’s brought someone else home so he can have empty and meaningless sex followed by the ever-popular “What’s your name again?” move as well as the “I’d drive you home but I’m still drunk…sorry” excuse the morning after. If this thought is upsetting to you, ask yourself “Why?” Most guys worth your time have some sort of ability to pick up girls. The ones who can’t tend to be too awkward to handle basic social interactions like having coherent thoughts, and speaking in sentences. The fact that he’s texting you semi-regularly means that you’re at least a step above the random blackout that he brings home every now and then. Basically, if the sun is down, then your expectations of consistent texting should be zero.

If he’s not responding during the day, it’s a different story, but at the same time…not. There are approximately 5,284,389 reasons why I don’t text someone back during the day, ranging from a simple “I drained my phone battery by dicking around on Twitter in class” to a more complex “I left my phone at home, whoops.” See how I lied about that second one being complex? It’s because this isn’t a rough issue. People shower, fall asleep, do homework, work out, and so many other things without their phone because they realize it’s a distraction and occasionally, occasionally, actually need to get shit done before the day’s over. Think of how much faster you would’ve read this if you hadn’t been checking Snapchat every 40 seconds to see if someone sent you another awkward close-up of their face with some sort of meaningless caption. Men tend to be more objective, just think of it from their point of view.

Don’t get me wrong, if you’re the crazy bitch hitting him up 24/7 with stupid texts like “OMG I saw a bunny on the walk to class! TALK TO ME! TALK TO ME! TALK TO ME!” then he’s not replying because that’s actually stupid and you’re a waste of time. Same goes for the clingy bitch, the overly emotional bitch, or the bitch who’s just so legitimately slutty that he estimates an oddly accurate 85% chance that you’ve had an STD at some point. If he doesn’t like you at all, he won’t text you at all. Plain and simple. If he does like you, he will. He might just suffer from being a human being and getting distracted in the process.

TL;DR version: Sometimes people are busy, chill the fuck out.