The REAL Reason You’re So Afraid To Graduate 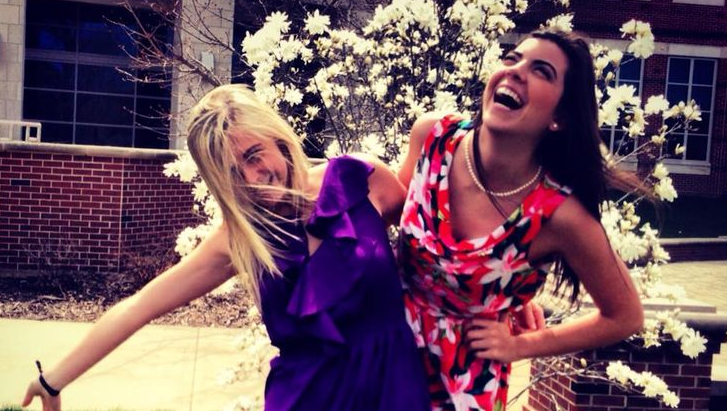 Everyone thinks it’s the partying you’re going to miss — staying up until 5, and sleeping in until noon. They think you’ll miss the excessive drinking, the hookups, and the two-dollar Tuesdays — the dance floor makeouts, the short dresses, and the fact that there is always someone on the patio of your favorite bar, trying to steal you from your professor with a $4 LIT. They think you’ll miss the dages, the brunches, the tailgates, the blackouts, and overall just your carefree nature, and utter lack of responsibility. And you will, I suppose, but you can find a bar to drink in anywhere. You know that as well as I do. And while you’ll miss your lifestyle, you know you can do without it. That’s not what you’ll really miss.

Others think the reason graduation is going to be so hard for you is that for the first time in your life, you don’t know what’s next. And you’re scared. You have to start over. You have to get a job, and as it turns out, you were too busy enjoying “the best four years of your life” to figure out what was going to happen in the next 70. And that’s terrifying. The routine, the waking up early, the public transportation, the bills…or the endless job applications resulting in seemingly endless job rejections — it’s all uncharted territory, and no one is going to hold your hand through it. You’ll feel like you’re masquerading as an adult in a world of blazers and “practical” heels. Or worse, you’ll feel like a complete loser — a failure, unable to find your way out of your high school bedroom. Neither alternative is good. But no matter how bad the brick wall you’ve hit is, you always knew it was there. It’s not the real reason the word “graduation” seems to be synonymous with “death.”

What you weren’t prepared for was this unshakable feeling that you don’t belong anywhere. At some point in the past four years, while you were busy giggling from exhaustion as you and your best friends ordered pizza to the library at 2am, this place became your home. Not just because you live here, but because every corner of campus has a different memory attached to it. Because you don’t have to look at the menus of your favorite breakfast spots to know you’re going to get the waffles, because oh my God, the waffles. Because you know which cafeteria lady won’t charge you for guacamole. But mostly because the people here –the faces you see every day– make you feel absolutely at peace. And you’re just now realizing that when you cross that graduation stage, you’re not just leaving your home. It ceases to exist.

The people you know are leaving. Your friends. Your roommates. The acquaintances you are stoked to see at the bar. The exes you’re constantly looking over your shoulder in fear of. The familiar faces of random people on the way to class. Everyone who made this place home. They won’t be here anymore. The storefronts will change. New restaurants will open. New buildings will go up. And a fresh new batch of students will arrive. Your home is constantly changing. You can never go back to it, just as it was.

You know it will get better. You know you’ll eventually be happy in your new life. You’ll have close friendships and relationships. You’ll get that dream job. And you’ll fall in love. And even though it seems impossible, you know you’ll find a new home some day.

But that doesn’t make it better. That almost makes it worse. It scares you. It scares you, because you’ll miss your life so much it hurts. But mostly, it scares you that someday you might not miss it any more at all.

There’s nothing anyone can say to make that feeling go away. And it’s okay to be sad. It feels truly unfair –cruel, even– that you were given the most amazing experience of your life, just to have it taken all away. I know it’s hard. I know it hurts, but remember this: you are one of the lucky ones. You were lucky enough to have something in your life that was wonderful enough to make it this difficult to leave it behind.