The Women’s March On Washington Was Poppin’ Off 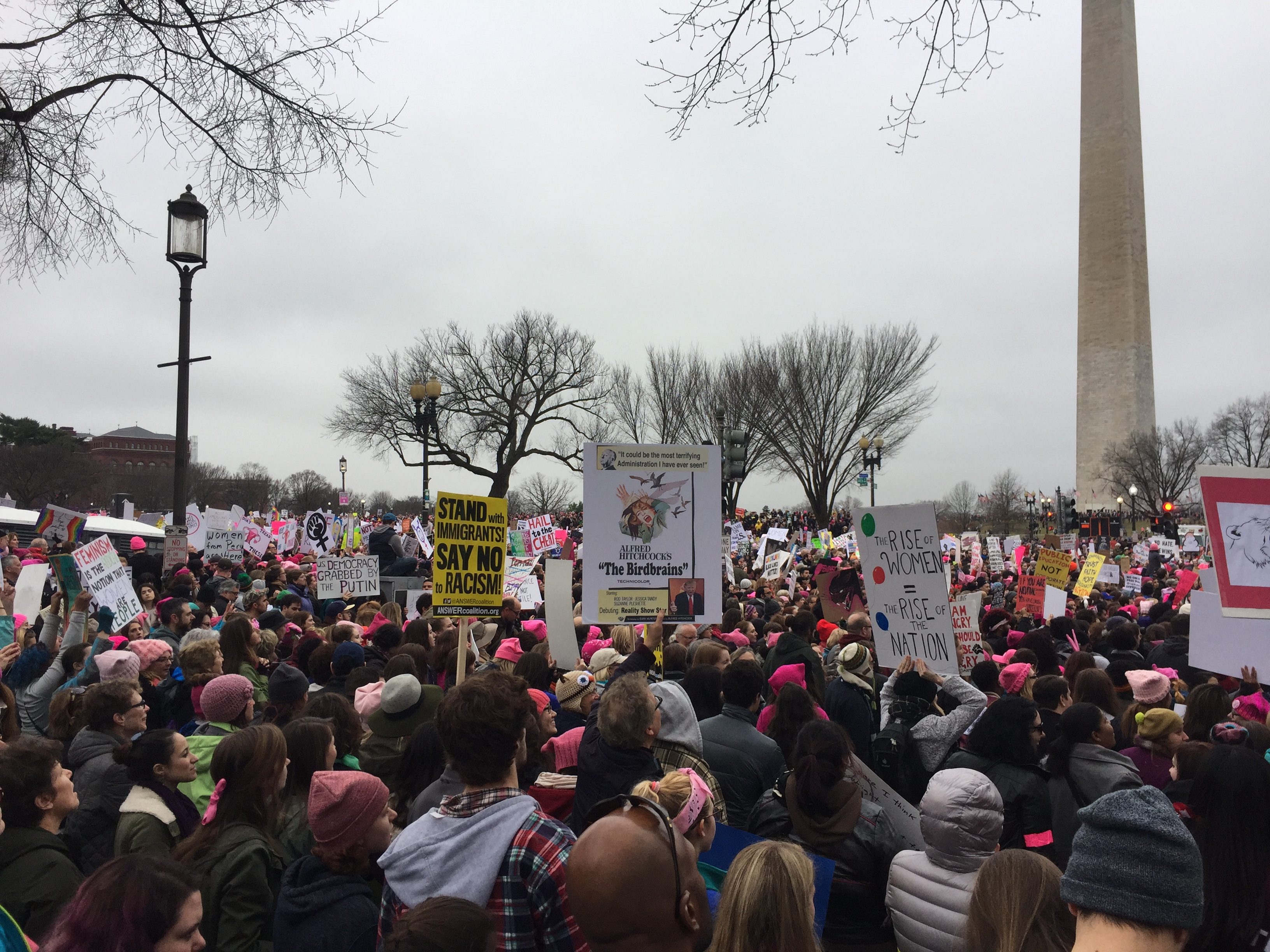 There were a ton of people in Washington, D.C. Like, an unfathomable amount of people. Everywhere you went, you were in a sea of men, women, and children. We got to the march fashionably late (you know how women are) and the city had already been taken over by marchers. There was too many people for us to be able to listen to the speakers, so we went to the Newseum and watched live feeds of cities across the country, including D.C. We read the subtitles of a few speeches before we decided to get brunch, which as you could imagine in a city of over a half of a million women, was quite the task. After fighting the second most important fight of the day, we got a table and were able to re-energize to join the march.

First and firstmostly, I must say, there are some very clever people in the world. There were hundreds of thousands of posters, and while there were a few common themes, most of them had a funny message on them. The most amazing part was they weren’t all about women. They were about all types of people and all types of issues. My favorite slogan was probably “climate change is as real as the clitoris” which was matched with a very detail drawing of a woman’s fingers, um, presenting herself. It seamlessly joined environmental issues with the fact that women don’t get off enough. Pure genius. Also, there was a lot of throwing the word “pussy” around, and that just made me happy in my heart.

There were a few times that we exited the crowd to observe. We were also on the verge of a full on panic attack, but this was a huge part of history that was important to soak in. There were record breaking numbers across the world, and we are so lucky to live in a time that is seemingly so divided, but also incredibly united in other ways. Regardless of our views, what a privilege it is that we can stand for what we believe in, or sit for what we believe in because our feet were starting to hurt. There was a feeling of power and positivity that was floating around just like the guy wearing a tutu and a bedazzled cone bra. Honestly, truly, it was a day that none of us will ever forget.

But I have to level with you, if I never see another pink hat in my life, it will be too soon..