These Creepy Bath Bombs Are Necessary For A Solid Halloween Aesthetic 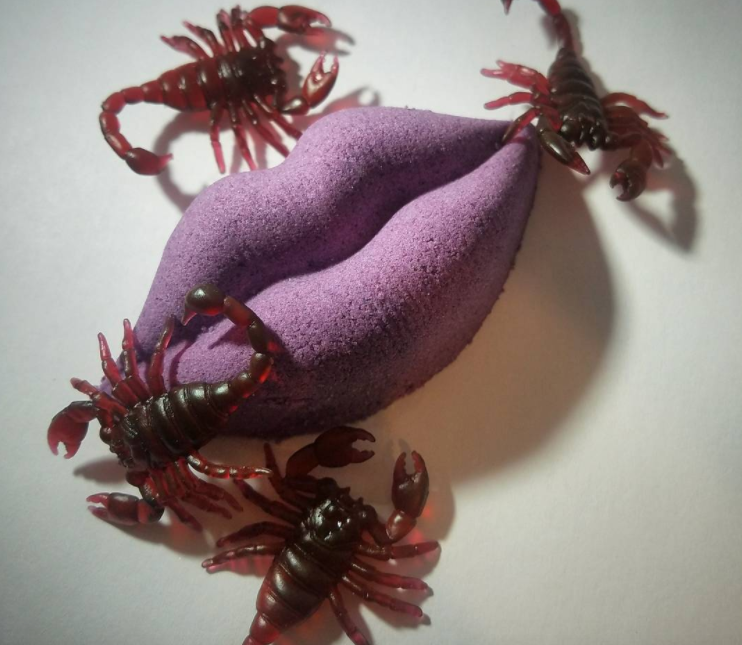 I’ll be the first to admit that I think baths are overrated. Maybe I’m just doing it wrong, but other than some prime water pressure coming from the faucet, there’s not much to get excited about. First of all, my apartment tub looks like it’s never been scrubbed. That’s most likely because, in the eight months that I’ve lived in my unit, I’ve never scrubbed it but still, someone should really get on that. Then there’s the fact that once I get my masters in chemistry and finally figure out to get a water temperature that isn’t either freezing or burns my skin, I’ll be dead.

On top of all of that, I never know what to do in the tub because my books always get wet or I can’t decide what to watch on Netflix, I always imagine bugs crawling out of the drain (sorry, guys), and the thought of using my phone so close to a giant vat of water instantly gives me a panic attack. So all in all, baths just aren’t for me.

Still, for some reason unbeknownst to me (for social media, duh), I keep trying to like them. Every year I spend about $50-$100 on bath bombs only to discover, yet again, that I fucking hate baths and that my pictures never look good enough to post on Instagram. I can never get the pretty swirls everyone else manages and by the time I’m ready to snap a pic, my tub just looks like it’s sewer water. Besides, if we’re being *truly* honest, those classic bath bombs were so two years ago.

So this year, instead of going my usual route of ordering five different bombs online that promise to make my skin silky and supple, I’m going to do something different. Because indie brand (who knew brands could be indie?) Loquita Bath and Body has finally made a bath soap thing that is worthy of my money and my Instagram aesthetic.

Inspired by different horror movies, creatures, and myths, these bath bombs mix two of most basic peoples’ favorite things: Halloween and lounding like a beached whale in the warm water. Bonus points? There’s no way these won’t get a zillion likes on social media.

Maybe you want to go with the classic and ever-charming Chuckie bomb, because who wouldn’t want to get all sudsy with that cutie?!

Wow preorders for Chuckie sold out as well overnight! We will be working this week to get ALL orders out, the Chuckie restock will be on the 25th and we will be restocking most of the other 90s items as well, along with a few Halloween items!

Or how about this vibrant alien who promises to keep his probes to himself?

Grab your Alien bath bomb before they sell out! For all my out of this world babes! #ALIEN #bathbomb #BATHBOMBS #90S #NINETIES #BATHBOMBS #tubtime #selfcare #indiebath #indiewax #indiebathandbody #aliens #omvi #bathart

Alien mani bombs! These will be sold in pairs of 2s. #manibomb #manibombs #alien

How about this Baby Krampus who is almost as adorable as he is ugly?

Hello our new followers! I am aware the algohrythims throws posts out of wack on everyone's timelines but there's a post regarding the Chuckie bomb a few posts back, but TDLR: Chuckie is coming back with a vengeance on the 25th of August at 10 am pst along with the BEGINNING release of our Halloween collection! If you are local we are doing an event in September with ALOT of Halloween and horror themed vendors, so keep an eye out for all that info. Here pictured is the Baby Krampus we took to that event and will be bringing back shortly! We have lots of scare your pants off stuff coming so be ready the 25th! I will continue answering emails but hopefully you are able to see this!

Or these seasonal skull brain bombs that are oviously something of a necessity in our lives.

How about this witch heart bomb for all of those boss ass bitches out there?

Who wants us to bring back our Bruja bomb!? #bruja #brujas #brujx #bathbomb #bathbombs

Or this gargoyle who is still more attractive than that guy who ghosted you?

Gargoyle cartoon inspired bath bomb as suggested by my husband who was alsp a product of 90s cartoons 😂 he actually learned English from watching cartoons as a kid. His favs were the Gargoyles, the Street sharks, Looney toons & the anamaniacs! What were your favorite cartoons?! I'm sorry but I loved bananas in pajamas 😂. FRIDAY BE READY! #GARGOYLES #bath #bathtime #bathandbody #bathbomb #bathbombs

Or these *actual* ghosts who promise not to leave you until mixed with water, which is something more than you can say about said guy.

Now, because these are obviously items we all need for Halloween, they’re pretty much sold out now. BUT the company insists that come August 25th, new batches as well as new creepy styles are all dropping on the website. So, get your credit cards ready, witches. Because baths just become Instagram-worthy again..