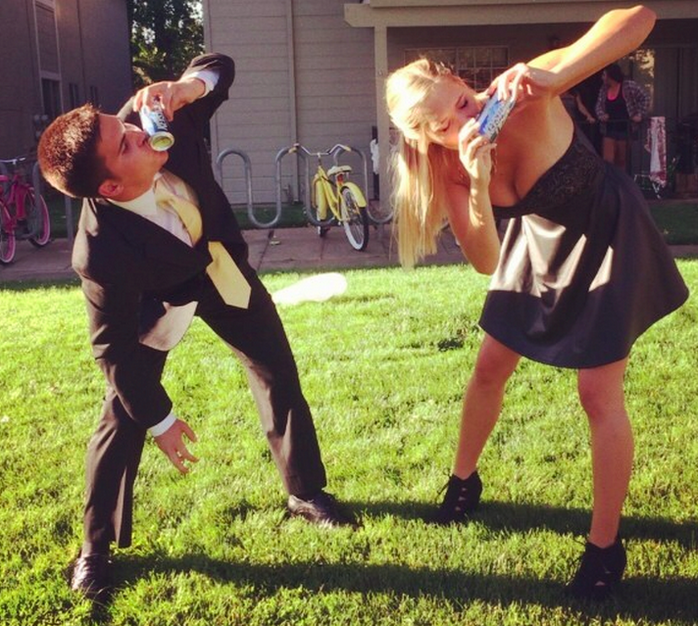 Growing up, you never thought it would be like this. Thanks to the fairytales, the romantic comedies, the princes on white horses, you always imagined that it would be different. Bigger, somehow. You pictured kisses in the rain, romantic, candlelit dinners. The occasional horse and carriage ride, obviously. You had your dream wedding dress picked out (Vera, of course) and the song you wanted to dance to on the big night (“The Way You Look Tonight” Sinatra version, naturally). Your kids’ names were chosen (North, South, and East) and your future vacations were planned (summers at the Cape, winters in the Gulf).

You had it all figured out, this whole “love” thing. And then you met someone. You met him.

It was a normal day. You went to class. You skipped class. You woke up late. You didn’t go to sleep. Maybe it was at a party or hey, maybe it was in a class. It could have been your friend who introduced you, or maybe your buddy alcohol did the job. He moved here and you moved there and somehow, some way, it happened. One moment you were just existing in your own little world, and the next moment you were making eye contact with this person. He wasn’t as tall as the guys you normally dated, and for some strange reason he left the house with a graphic tee on. His hair wasn’t the right color and his laugh was too loud, but something made you glance twice. Something made you want to know more. Something made you wonder who he was. Who this strange, weird, totally wrong-for-you person was who was about to change your life. He said something and you laughed. You teased him and he fired back. You smiled and flirted and exchanged numbers. And from there, fate took over.

It sounds dumb when you put it like that. “Fate.” Because you don’t think of your story that way. When you think of “fate,” and destiny, and a classic love story, it’s not exactly what you have. The romances we idolized taught us that “true love” was when two attractive people meet in the chanciest way, overcome obstacles of magnitude, and live happily-ever-after. And you? Well, that isn’t exactly your story. He’s weird. And you’re weird. And he scratches his balls in public and you cry in front of him when Subaru commercials come on. Sure, you’re both attractive when you put some effort into it, and being in love in college is an obstacle all on its own. But when it comes down to it, it’s more likely that you met at happy hour than at a ball, and you’ve eaten Chipotle in bed more times that you’ve sipped wine on a gondola ride.

You don’t long for each other in a way that makes moments without him crippling. You enjoy spending time apart. And when you do touch base, it isn’t to declare your unwavering love for each other. It’s to ask him to buy you ice cream, to tell him the dirty joke you heard, to see if he wants to go out with you and your friends. You stay up late watching raunchy comedies instead of making love to candlelight and you get in actual fights over Netflix. Half of the time he annoys the shit out of you. He calls you weird nicknames and he makes you do “boy things” with him. He teases you relentlessly and makes you want to pull your fucking hair out. He’s gross and he doesn’t wear the cologne you bought him and he doesn’t post enough pictures of you two together.

But at the end of it all, you’d pick him over anyone else.

And as you lay next to him at night, listening to his deep breathing and feeling his hand in yours (or his boner against you, just keeping it real), you feel grateful. It doesn’t matter that he’s not perfect. You don’t care the he always makes you try food that you hate and that he sometimes forgets to text you back (okay, you kind of care about that one but whatever). You don’t care that he doesn’t treat you like a princess because honestly? He treats you better than that. He treats you like a friend. An equal. A partner.

When the storybook ends, maybe you two won’t stay together forever. Maybe you won’t ride off into the sunset with an early Taylor Swift song playing in the background. Maybe you’ll part ways, or hey maybe it’ll actually work out. No matter what, you’re happy to know this person. You’re happy to have someone to drink beers with (or force to buy wine for you when to refuse to drink beer), complain about hangovers with, and be the gross, un-perfect, totally-flawed couple that you are. Because when all is said and done, he may not be perfect, but no matter how many times he makes you watch ESPN, he’s perfect for you..