This Army Officer Wrote A Heartbreakingly Beautiful Letter To Win Back His Ex-Girlfriend — Ariel, If You’re Out There, Read This 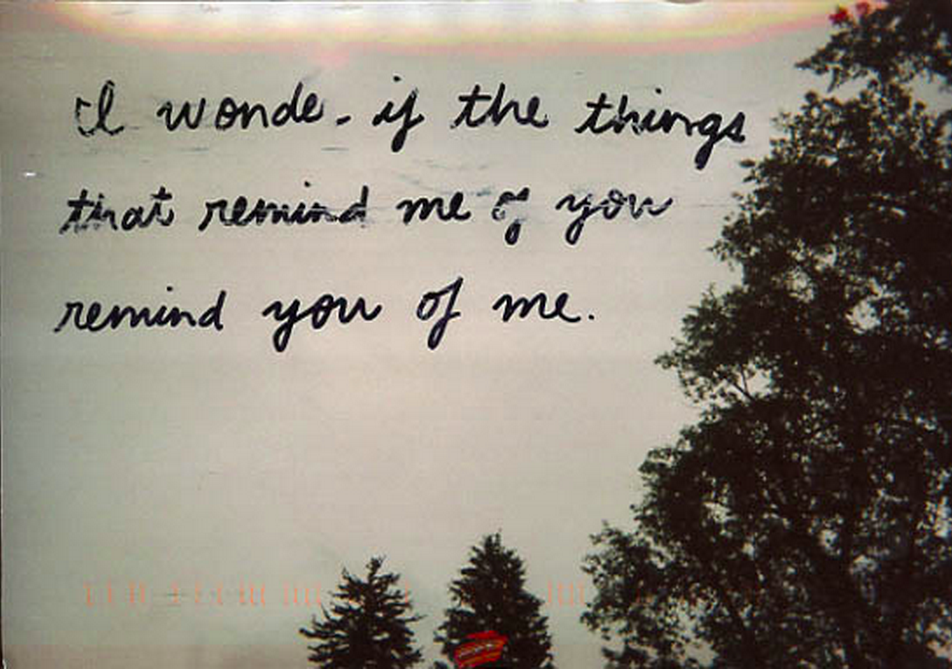 I’m not a writer, and I’ve never been one. I don’t work for a literary site that dishes out daily articles to provide an escape from the monotony of our daily lives, and I don’t even claim to be on the giving end of witty emails. Like I said, I am not a writer. I am just an ordinary guy who lost the most important thing in his life.

I wasn’t always good with women. In fact, I was shy in high school. I was the guy girls viewed as a friend. That was my role in life, to be the friend. I was shy and soft-spoken, timid and gentle. But that wasn’t what girls wanted. They wanted the tough guy, the one who took things into his own hands, the man who went after what he wanted–not the one who waited idly on the sidelines. And so I learned. I knew what I needed to be and I became it. I said goodbye to my former awkward self and set out to become a man–a man who got what he wanted. By my senior year of college, I had accomplished this. I was sought after, yearned for, desired. I was the one not returning her calls. And with this new status came a new personality. My once sweet and shy self had become a womanizer of sorts. I didn’t want to get hurt like I had in the past, so I kept it simple: no feelings. I figured it was just easier to care less. Nobody gets hurt that way…or so I thought.

Our first date was simple. We went out for frozen yogurt. She got Oreos on hers–I’ll never forget that. We talked as if we were old friends, and we had so much in common: our religion, our interests, and, most importantly, we had an indescribable and unexplainable sexual vibe. The attraction was there. Our first kiss that night was back at my place and it felt…electric. She spent the night at my place but we didn’t have sex, and I was fine with that. This girl had class.

Eight months later, this girl was now my girl. It seemed like I had it all. I had just graduated from college and I was about to start my dream career in the military, and all the while, I had the most perfect woman by my side. Yet, something was wrong.

Let me say, this girl was truly amazing. Ariel was the epitome of what you would classify a “keeper,” and she had won me over. The guy who swore he would never fall in love had, in fact, fallen in love. But I didn’t know how to show her. I didn’t know how to deal with the fact that this former asshole was now a man in love. I was like a baby learning to walk but trying to run; I was thrown into the deep end without floaties while my dad drank a beer. At this point in our relationship, I hadn’t told her I loved her. I was too scared to do it. Or too stupid. Or, I don’t know, maybe both.

A part of me still clung to the “cool guy” I was before, but I had changed, and there was no going back.

My downfall was that I never asked her what she wanted. I know, I was an idiot. I never said “I love you” because I was afraid. I had never been in love before. What was love? Was I in it? How the hell do you know? Where would this go? What if it worked out? What if it didn’t work out? The questions spiraled in my head like some sort of toxic tornado. I was a prisoner in my own mind. I knew what I needed to do, what I needed to say, what I needed to convey if I wanted to keep this girl around, but I couldn’t do it.

Because of this, she broke up with me. She just couldn’t deal with the childish, disgusting bullshit I had put her through any longer. She was done. I begged for a second chance, for her to take me back once I realized what I had done, but it was too late. It was over. She dropped off my things two weeks later, and the look in her eyes as she left my apartment was everything I never wanted to know: I had broken her. I sat there completely numb as I watched her walk away. I should’ve chased her down, I should’ve told her what she meant to me, I should’ve dropped to my knees and pleaded. I should’ve run after her. Why didn’t I run after her?

My heart ached for her. I couldn’t sleep, I couldn’t eat, I couldn’t even listen to a song on the radio without thinking of her. I had finally gotten a taste of my own medicine, and it tasted fucking bitter.

Three weeks later, I got a text from Ariel. We decided to meet up for the Fourth of July. It was the most beautiful night; fireworks lit up the night sky as we sat and grew closer in the most emotional way imaginable. Man, I still remember that red dress she was wearing. She was the most beautiful thing I had ever seen. We met a couple times after that as friends and I thought she was going to give me another chance–until the night I saw her out at a bar with a guy who she claimed was a friend from work. It was then that I knew she was moving on. I had hurt her too badly.

So here I am today, three months later. I leave in 30 days to start my dream career as a fighter pilot, yet I feel like there’s still something missing, like there’s something still left for me to do. I need to win her back. I can’t let her go. How could I even do that? How do you let go of someone you’ve thought about every day for a year? How do you let go of someone you’re still in love with? I can’t. I just–I can’t. Not without one last shot.

Ariel, If you ever get a chance to read this, I hope you understand why I acted the way I did. It was my first real relationship and I was scared of where it would go. You were the one I was always looking for. I love you like crazy and I wouldn’t change anything that we did together if I could. Every second we spent cuddled on my bed watching Footloose and Grease, you sleeping in my arms and even playing Rummikub, I wouldn’t trade for anything, even going Mach 2 with my tail on fire (Top Gun Reference). My only regret is not having the chance now to do it the right way and give you all of me. If the day comes that you give your heart to me again, there won’t be a day that goes by that you feel unappreciated or unloved. I’ll make you the happiest girl in the world. It was never my intention to hurt you; but I did, and I can’t apologize enough. I’ll spend a lifetime trying to make this right; but if you read this and you decide that we will never be together again, I understand. Just know that you have made me a better man and there will always be a piece of me still in love with you. I know this is not goodbye; so until the day I get that text, I`ll be missing you babe. Read this whenever you’re feeling down or lonely and know that as far away as I may be serving our country, there is always someone thinking about you. I hope it makes you smile that smile that I’ll never forget.

Nothing has challenged me and changed my way of thinking as much as that little, blonde, small-town, country girl, and I love her for it. I realize that it might be selfish to want her to stay with me when I’m gone, and she deserves to be happy in whatever way that is. What’s heartbreaking is that sometimes you meet the perfect person at the wrong time, and when the time is right, it may be too late. But, Ariel, if you’re out there, I want you. I want to make this work. Please come back to me. I hope it’s not too late..