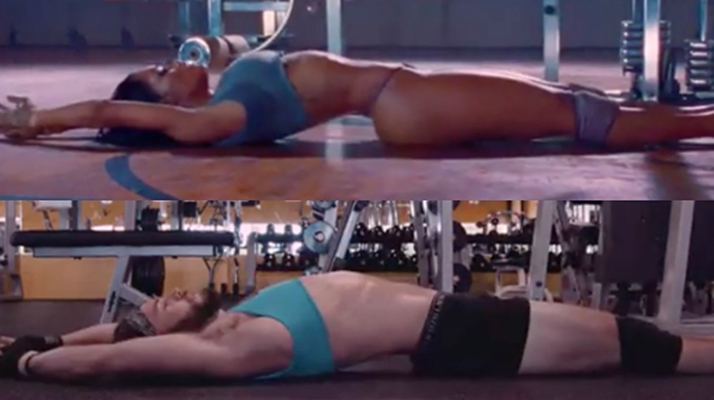 A few weeks back, Kanye West premiered the music video for “Fade” at the MTV VMA’s. If you didn’t see it (what’re you even doing with your life?!), the video featured a sweaty, half-naked Teyana Taylor dancing around an empty gym. It was the abs seen ’round the world. I was almost, almost inspired enough to go work out.

After the dust settled, and we were all recovered from the realization that this woman looks like that mere weeks after birthing a child, the expected parodies and remakes started rolling in. Like 7′ 1″ giant piece of man Shaquille O’Neal’s remake. It’s everything you never knew you needed.

Feeling faded #remixchallenge can anyone beat this

And then we have Brandon Parliment. The FSU alum saw Shaq’s “Fade” and was inspired (possibly by the potential likes) to make his own. And. He. Wasn’t. Messing. Around. The dedication to detail is impeccable. Brandon’s version is pretty identical. He masters the wet tousled hair. He has the rippling abs. I never thought I’d see the day that I’d be into a man in a sports bra, but that day has come.

The real question here is, where’s the full video? Give the people what we deserve..