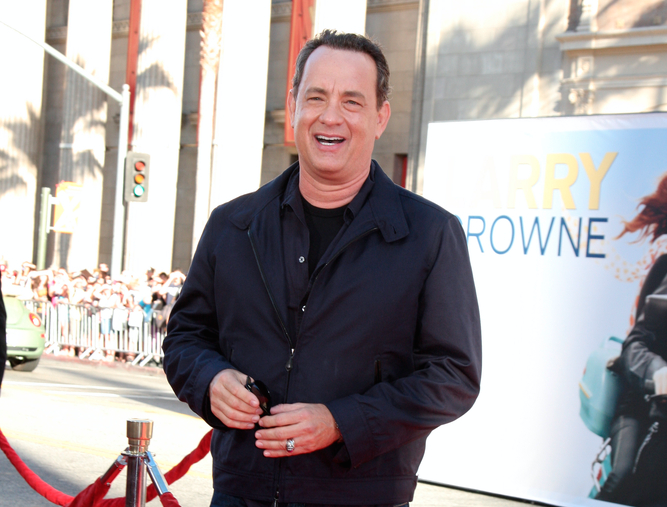 There are two times in life that I feel like I’d sit back and say “this is this absolute best moment ever.” The first is, of course, the day I say “I do” to the love of my life. I can only imagine walking down that aisle in a dress I can’t afford after spending a year at the gym and knowing that I’ll live happily ever after. And the second best moment would be meeting one of my favorite A-list celebs. Sometimes I plan out how conversations would go with, say, Tina Fey or Amy Schumer, and I immediately clam up and start crying because I’m pretty sure I would just die on the spot.

Recently one couple managed not to die from cardiac arrest when both of those wonderful things happened to them in the course of a few hours.

As Elisabeth and Ryan were getting their wedding photos taken by photographer Meg Miller in Central Park, a guy in gym clothes comes up to them. Normally this would be enough to send anyone into hysterics — I hate small talk with strangers, and on my wedding day? Get your sweat and physical fitness away from me. But this wasn’t just some guy. This was *the* guy. The guy who’s in war movies and rom coms. The guy our parents love. The guy we love. The guy EVERYONE loves.

According to Cosmopolitan, Tom fucking Hanks goes up to the newlyweds and says, “Hi, I am Tom Hanks.” Just like that. He saw them when he was jogging and decided to say hi because I guess that’s what nice celebrities do.

A photo posted by Meg Miller Photography (@megmillerphotography) on Sep 25, 2016 at 7:06pm PDT

The tears in my eyes are not from happiness, they’re from envy. According to the article Tom (yes, first name basis) said that he would have officiated the wedding, but he wasn’t invited — which was obviously a huge mistake on the couple’s part. I’m officially going to send wedding invitations to every famous person I can think of in the hopes that one of them will show up to perform the ceremony. Now let me just pin these pictures and add “take a picture with a celebrity on wedding day” to my “Unrealistic Wedding Expectations” page..