Um, So What In Fresh Hell Is Going On With Rob And Blac Chyna Right Now? 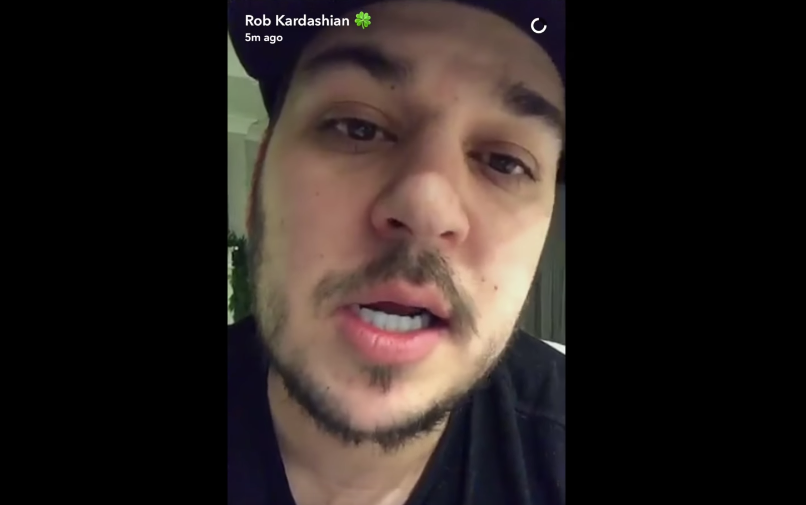 The day was a pretty calm one until the volcano that is Blac Chyna and Rob Kardashian’s relationship erupted in the most epic way. First, dozens of screenshots of texts she sent to her friends and random guys was posted on her Instagram account.

If this is true, then she’s spent this whole time fabricating this relationship to get back at, presumably, Tyga and the Kardashians. Which is crazy loco. Then, Blac Chyna posted on her site to follow her new Instagram because the original one has been hacked. On the new Instagram, she had videos of herself talking about how she has been hacked, but not an hour after she had posted them they were all deleted.

To make things more insane, Rob posted videos on his Snapchat, and he sounds like he is on horse tranquilizers.

Rob takes a tour of the house and tells us that Chyna has somehow taken all of the furniture out of both of Dream’s and King’s bedrooms, and the rooms look bare. And also freshly vacuumed, which is bizarre.

So that’s where we’re at right now. The second season of their show premieres tomorrow, so there is a good chance that this is a giant publicity stunt to drum up ratings, but something about the way he is reacting to this tells me it’s not. Although I don’t know Rob personally, what guy would fake a kidnapping-esque type baby mama drama situation just to get people to watch his TV show? Well, I guess one that is related to the Kardashians. Hopefully there is more info to come, because I’m not sure I can sleep tonight..