Virginia College Students Attempt To Bring Back Segregation, Place “White Only” And “Colored” Signs On Bathroom Doors And Water Fountains 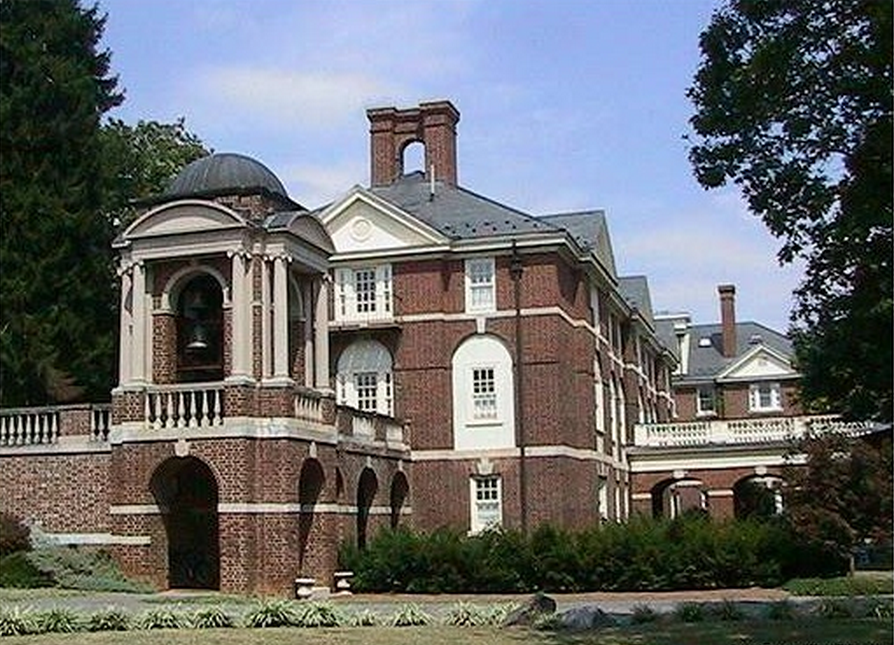 Hey college students: get your shit together. I would really enjoy going a week without having to cover a story about what little, ignorant fucks you all are. Seriously. It’s 2014. You know what’s not acceptable anymore? Being a racist. We have a black president. We have a black queen (Beyoncé). And contrary to popular opinion, orange is not the new black. Black is the new black. Get with the times.

Unfortunately, as I clearly stated in the title and opening line, not everyone is on board with the times, having decent morals, or the letter of the law, because we still have prejudiced little shits running amuck and ruining the name of college students everywhere, who, honestly, are just tryna get drunk and have a good time. Why can’t everyone be like that? Just drink and get along? It would be so much simpler that way, guys. Or ladies, as the case may be, since this week’s edition of “University Kids Being Racist Fucks” comes from a women’s school, Sweet Briar College, in Virginia.

After attending a Wednesday night, school-sponsored production of “In Sweet Remembrance,” a play that deals with race relations and conflicts at the school, several students found the message…offensive? They decided to really stick it to the administration and “colored” students alike. Yep, that word is apparently still in use in the backwoods of Virginia. Following the play, (presumably) older girls ransacked a freshman dorm and placed signs all over bathroom doors and water fountains. And what did the signs say? Oh, just totally non-offensive things, such as “White Only” and “Colored.” Nice, right?

After hearing about the incident, SBC Interim President James Jones, Jr., sent out an email to the student body, stating that the message was unacceptable and offensive:

“For someone who grew up in the deeply segregated South, those words recall to me a world of racial discrimination, disregard for human dignity, and institutionalized prejudice…We have among us someone who is essentially bigoted and mean-spirited who would recall the Jim Crow days of separation, mirroring the apartheid of South Africa that summoned the calm voice of reason of Nelson Mandela to decry hatred and to seek to change one’s immediate environment for the better.”

Okay, here’s the thing. And I try not to do this. I really, really, really try, because who am I to offer my own personal opinion on a serious story like this? My expertise is in big/little drama, celebrity breakdowns, and “my boyfriend can’t get it up” advice columns. I get it. I know my place. I’m not a hard-hitting journalist, and I most certainly am not some sort of race relations expert. Basically, I’m just a 20-something who is really fucking tired of having to deal with people in my generation being racist. You know what we didn’t grow up with? The slave trade. Humans in chains. Cotton plantations. The Civil War. Reconstruction. Lynchings. Jim Crow. Segregation in the U.S. military (until 1948). Sit-ins. Marches for equality. Rosa Parks. The KKK. Dr. Martin Luther King, Jr. You know what we did grow up with? We grew up with parents who likely attended segregated elementary schools. We grew up with grandparents who referred to it as “The War of Northern Aggression” or even “The Recent Unpleasantness.” But we also grew up with a black Supreme Court justice. Black (and literally every other race and nationality) congressmen and congresswomen. Kids of all ethnicities in our classes, on our soccer teams, and on our TVs. We were supposed to be the generation that didn’t see color. The one that rolled our eyes at our grandparents and hushed them in public. The generation that saw our very own high schools in “Remember the Titans” and listened as our mothers and fathers tearfully recalled the hatred and discrimination that clouded their own teenage years. We were supposed to be better. We were supposed to end it. The buck stops here. But we didn’t end it. We didn’t stop it. The buck did not, in fact, stop here. And that is deeply disturbing, for we have no excuse. We grew up with every chance, with every opportunity, with every luxury–and we’re still no better than the ones who came before us.

So, to the women of Sweet Briar: I hope someone comes forward. I hope someone owns up and acknowledges how wrong this was. I hope someone has the guts to say that this was hateful and unacceptable. I hope that at least one of you looks out at your beautiful campus and realizes the fucked up things that likely happened on that very soil. I hope that at least one of you realizes that your family money dating back to the plantation days is not a product of your family working hard. We can’t take back our history, but we can be better than it. Unfortunately, women of Sweet Briar College, you’re proving to be no better than our very tarnished past. And believe me, when your looks fade and your Hampden-Sydney husband leaves you for a younger model of your former self, you’ll be left with nothing but three kids and an ugly, ugly soul. Hate doesn’t look good on anyone–even those in riding boots.

***UPDATE***
The student in question has been identified. We are told that she is no longer enrolled in the college.