What Kind Of Fuckboy He Is Based On His Zodiac Sign 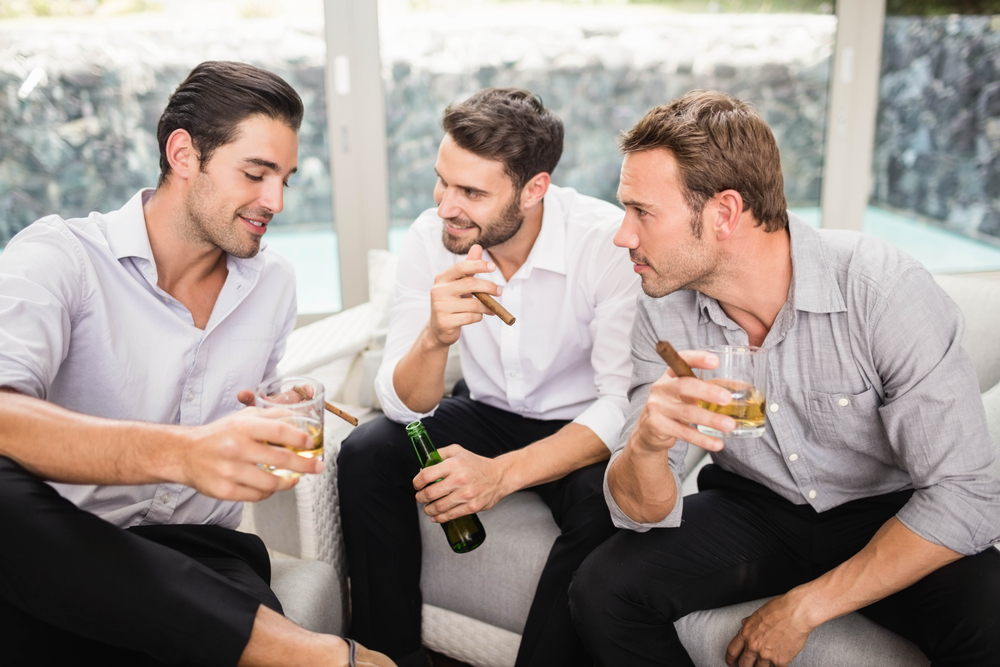 Aries is quite literally the “sign of self” and so it’s no surprise that his needs are going to come first. And also second. And probably also third. And actually, who the fuck are you? Aries has already forgotten. He will not be upstaged, not even by you, and he’ll get upset if you try. It’s not that he doesn’t care about you — he just cares about himself more. And also thinks you should care about himself more.

Taurus: The “Head Of The Household” Fuckboy

Some people like for a man to take charge, and sometimes gender roles are the right thing for some couples. Taurus, however, can border on expecting these roles rather than coming to an agreement that this is how the two of you like to operate. He’ll order for you at dinner because it’s the man’s job, not because he’s trying to treat you to something. He may expect submission from his lady, and not just the fun kind in the bedroom. Bet.

Gemini: The “Seems Interested But Doesn’t Text You Back” Fuckboy

Gemini, the Twins, are literally impossible to read. They’re known for their flip flopping nature, and somewhat unstable personalities, because this sign is known for duality. This guy will text you and seem all about you one minute and go radio silent the next, leaving you in that agonizing state of wonder: what the fuck went wrong? Likely, however, it’s nothing. As you sit around over-analyzing every interaction, he’s literally out there living his life, blissfully unaware that anything is different, which is even more frustrating to you.

One of the most emotional signs, dating a Cancer is kind of like dating a chick. He will get upset at literally everything you do, from going to that party to dancing on a table to drawing too much attention to yourself to forgetting to water the plant he bought you. And what’s worse, he won’t tell you he’s upset, he’ll huff and puff and leave you guessing what the fuck you did wrong. It can be exhausting trying to appease him.

Leo: The “Back TF Off My Man” Fuckboy

A fire sign, Leos naturally find themselves the center of attention — that’s how you noticed him after all! Unfortunately, that’s also why every other girl in the room has noticed him, and he’ll welcome the attention, and not notice that you’re upset when he’s busy flirting. It’s not that he’s necessarily unloyal, he just wants all eyes on him, and has no eyes on you in the process. You will feel like second fiddle to him, and he’ll roll his eyes if you care.

Virgo: The “You Never Take Me Anywhere” Fuckboy

Virgo isn’t exactly known for his zest for life, which can make you feel a little unappreciated at times. Once he’s comfortable in his routine with you, he doesn’t feel much need to leave the house and show you off, which can give you very “are you embarrassed of me?” vibes. Your arguments about it will lack passion, and he doesn’t care much about being the life of the party, but at least you know he’s not cheating.

You might think you hate feelings, but Libra fucking hates feelings. When the two of you argue, it will be nearly impossible for him to wrap his mind around your emotional response to a situation, and good fucking luck ever knowing what’s in his head. It will be a long time before he ever drops an L-bomb — he might not even tell you that he likes you, which can leave you very unsure about the status of your relationship, pseudo-relationship, flirtationship, or situationship. You’ll beg him enough times to let you know what’s in his heart, that you might eventually conclude nothing’s in there at all.

Scorpio: The “I Don’t Even Know Who I’m Sleeping With” Fuckboy

Libra hates feelings, but Scorpio hates sharing anything at all. This relationship will move so slowly that it will be painful. He’ll be slow to ask you out, slow to make any type of move, and very slow to give you any information about him — so put your stalker skills to the test (you’ll need them). Scorpio will, for all intents and purposes seem to be acting like he doesn’t like you at all because he doesn’t seem to be welcoming you into his life, even though he seems to know a lot about you. What a fun and confusing mess to over-analyze at brunch!

Sagittarius: The “One Foot Out The Door” Fuckboy

It’s not necessarily a wandering eye with Sagittarius, but his sense of adventure can leave you feeling neglected. He’s always on the go, looking for the next best thing, making big and exciting plans, and he’s not interested in always making sure those plans include you — and doesn’t even notice that you’re affected by it. His independence is the cornerstone of his existence, which is, of course, an awesome feeling for someone who’s trying to co-dependent that mother fucker down.

The goat is as stubborn as, well, a goat. I don’t know how we know this about goats, but suffice it to say they’re fucking stubborn. Capricorn can be painfully dismissive in arguments and good luck ever getting an apology out of him. He’s smart and he’s quick, so he’ll be able to quickly twist the situation and shut your argument down faster than you can say “but I saw you flirting with the bartender.” He likely won’t even hear you out if you’re upset, and has a penchant for winning every single fight. Good luck.

Aquarius: The “He’s Such A Fucking Weirdo, I Don’t Even Know Why I Like Him” Fuckboy

Simply put, Aquarius men are a little bit weird. They march to the beats of their own drummer and don’t always behave in relationships the way most dudes do, which can be both exciting and unbearable. He’ll constantly tell you that you don’t “get” him, but offer you nothing in helping to understand him. He’s not a huge fan of commitment or the social constructs that come with monogamy, but his intellect and his unique personality is what keeps you holding on.

Pisces is a dreamer, which is nice and all, except when you are really dealing with him in real life, and there are real issues that need to be dealt with in your world. He doesn’t necessarily like to contribute to the relationship equally, because he’s off thinking about his creative endeavors instead of doing the fucking dishes or realizing you need help with something. It’s not that he’s necessarily selfish, he’s just completely blind to the world around him which sucks just as much..