What To Do When You Don’t Get A Little 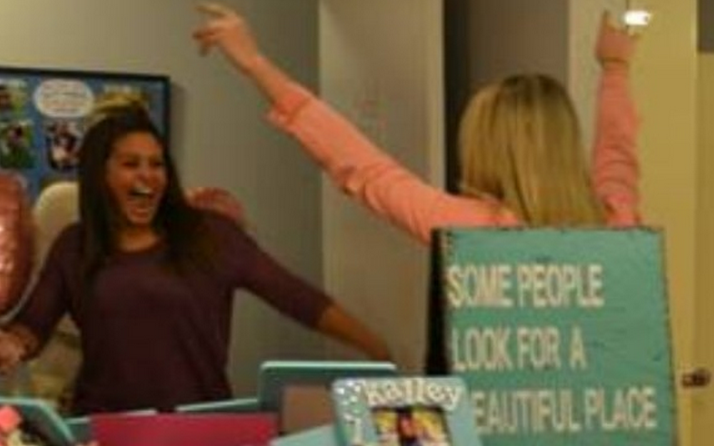 After two weeks of hellish recruitment, after your rush crush ran home into your arms, and after you spent WAY too much money on crafting supplies, presents, and food to give the new members, it’s time: the little list. And after HOW much time and money you put into these bitches, you have full confidence that you’ll continue your family tree, because people like you. People LOVE you. You deserve a little, dammit. But, because bad things happen to good people, when you search that list for your name, you come up blank.

Your name isn’t on the list. You do not have a little.

Before I tell you it will be okay, I’ll give you a few moments to sob, because yeah, it hurts. You pretend to be happy for everyone else, but as you see the girl you thought of as your little since the day you met her get gifts from her new big, who just so happens to NOT be you, your heart literally breaks.

I know, because I’ve been there. A few times. And it fucking sucks.

It kind of makes you feel like you’re back in gym class and they’re picking teams for kickball. You act like you totally don’t care, but when you’re the last one standing there and everyone else is off high-fiving each other and making up team names, it’s like, uh…hey?

So, I’d like to give you some advice as the last one picked in kickball, and as someone who has a broken branch in her family tree.

First of all, and don’t hate me for this, but maybe it’s for the best. Think about it. Maybe she’ll end up being super clingy. Maybe she’s actually a mega slut and would have stolen your boyfriend. Maybe she’ll drop and make the money you spent on her worthless. This way you can go spend your time and money on something better, like, I don’t know, yourself?

Second of all, it doesn’t mean the two of you can’t be close. Sometimes a big-little relationship puts too much strain on a friendship. Two people who could have been great friends feel the pressure to always be with each other may lose sight of what is important, which is enjoying spending quality time with someone. Just because she’s not your little, it doesn’t mean you can’t have a great relationship with her, and hell, that’s why we created pseudo-littles, anyway.

And finally, my third and last piece of advice for when you don’t get a little is that it’s not that big of a deal. Really. I know it seems like it is right now, but honestly, coming from someone who had a little who dropped, didn’t get a little in the second round, and then got ANOTHER little who dropped, it’s not the end of the world. I’m still alive. I still love my sorority. I still created lasting bonds and great friendships. After graduating, I can honestly say that I give zero thoughts to the fact that my “line” didn’t continue. I am currently concerned about more important things, like who is texting my boyfriend or if I should have another glass of wine (yes).

So, when it comes down to it, yeah, you didn’t get a little. That sucks. But there’s always next round. And if not, cheers to the fact that you won’t spend a THOUSAND dollars on someone who can’t hold her liquor and expects you to be at her beck and call for every emotional emergency. No thanks. #ChildFree