Why Are Only Single People Funny? 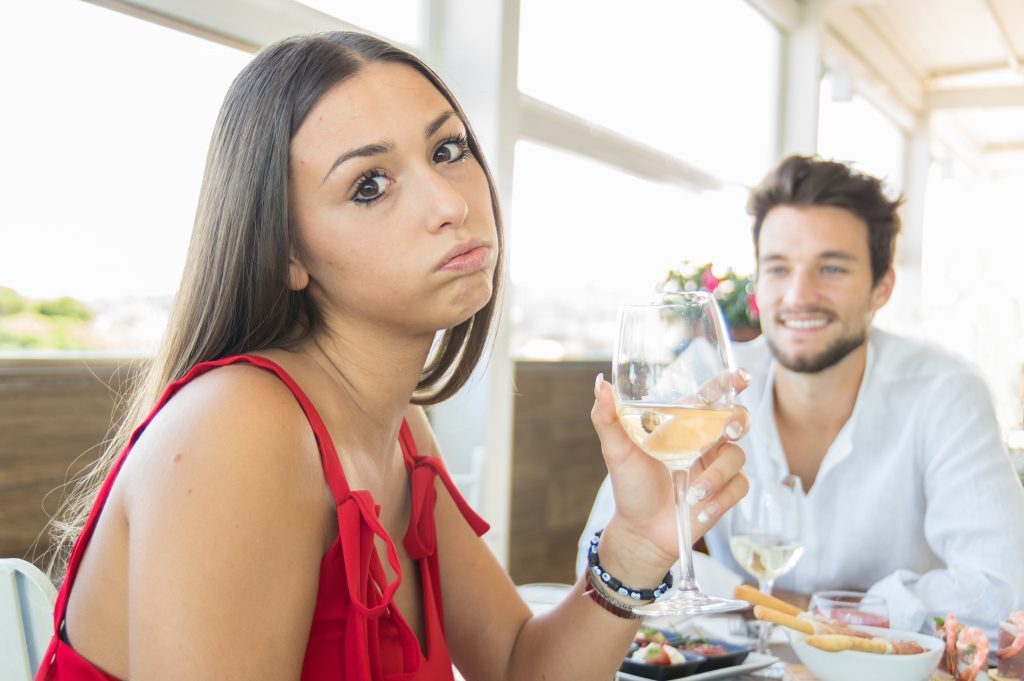 It’s hard to fully encapsulate the character that I have been for the last handful of years. My friends introduced me to strangers as “the crazy one.” I came home in clothes from the night before and slept until the mid-afternoon before I rose, ate some pasta, and did it all again the next night. I was always talking to someone new, and even I started not being able to keep up. It seemed like everything was fine, but that’s because I could make a joke out of every bad situation that I was in. I was known as the funny one, but I was actually the miserable one. My turmoil made for comedy gold. I took it to the lunch table, Twitter, and even to the stage. I became a voice for the frustrated single girl, and it was a badge of honor that I wore on every crop top that I ventured out in each weekend.

But something happened that changed all that. I finally got a text back. That turned into a date, which turned into hanging out all the time, which turned into a relationship. A real one! Not one that I had made up in my head to fantasize about when I was sad! Even though I still think about this one when I am sad. Or happy. Or angry. Or calm. Or bored. Or busy. Anyway, the point is I’m a relationship girl now, which means I am happy, emotionally stable, and not at all funny.

Let’s just pretend for a second that I have the ability to find happiness within myself and didn’t need to be in a relationship to be happy. But I can’t remember the last time I was this filled with emotion that wasn’t angst. I see myself and the world in a brighter light and all I want to do is make both of those things better. Little things that used to infuriate me aren’t so bad anymore. I am so content, except I have NO more comedic inspiration. Think about it; anytime one of your friends tries to show you something funny that their boyfriend texted them, your initial reaction is to vomit on their face and then punch that vomit further into their face.

It’s obnoxious. Just like how I can no longer tweet relatable things. No one wants to retweet “LOL sometimes when I’m cuddling with my girlfriend I just want to hug her so tight that we become one person because I never feel like I’m close enough, am I right ladies?” There is no meme that goes along with the playlist that she made me of all of the songs that make her think of me. There are no jokes that can be derived from the pure joy that I feel whenever I am around her. Any time that I want to make a joke or be relatable, I have to pull from some sort of obscure, minor insecurity and just blow it out of proportion. You are the crazy single girl, the crazy girlfriend, or you are crazy uninteresting.

So why are bitter and boring opposites? You’re either depressed and hilarious, or happy and dull. Inherently, we hate happy people. They remind us of what we don’t have, especially if that includes a significant other. I mean, some people take it to disgusting extremes (looking at you sickos who post lovey dovey text convos), and we hate them because they are gross, not because they are happy. We laugh at pain because it makes things easier. So I guess if we are happy, then we have no pain to cope with. I think it’s easy to make jokes about things that are sad. What truly requires talent is laughing at things that don’t need a comedic distraction to deal with.

Ellen DeGeneres is the best example I can think of. She is like if a golden retriever became a human lesbian. She is so sweet and upbeat, but still one of the most talented comedians to ever live. She doesn’t have to be self-deprecating or hateful towards others, but she still cracks me up. And on top of that, she’s married. The ultimate cuffing of all cuffings. Legal-document-level cuffing. Despite being happy and married, she is still funny. It doesn’t make ANY SENSE.

Maybe it’s just me, but the only thing my relationship inspires me to do is frolic through a field. I have never been less comedically inclined. So while I’ll still capitalize on my crazy girl moments, I guess I’ll just have to spend my time happy instead of having to force myself happy with jokes. How sad!.