Why Carrie Bradshaw is the Actual Worst 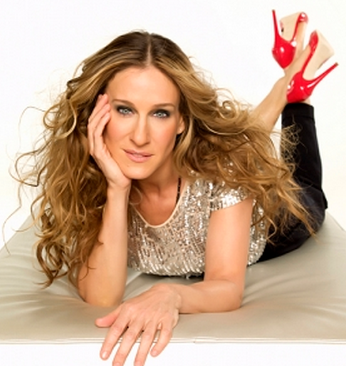 I got into Sex and the City when I was in 6th grade. Being the surprise third child to parents in their fifties, I had free reign to essentially do whatever I wanted. So, while most of my friends were playing with Barbies and watching Lizzie McGuire, I was learning the proper breathing techniques for oral sex. For three years, I suffered and watched the show alone.

Almost overnight, it seemed that every girl I knew had become an expert in the TBS version of Sex and the City. You were a Charlotte because you played on the tennis team and your mom had a ‘Bush Cheney ‘04’ sticker on the back of her Lexus. Your best friend, the cheerleader, was obviously a Samantha. She once blew a guy in the locker room once, and she didn’t even cry when she got caught. The girl who told the teacher when you copied her Algebra homework was obviously a Miranda, because, well, she sucked, and your neighbor who justified her weird outfits and propensity not to wash her hair by claiming she was “artsy,” was a Carrie.

For a while, it seemed like whomever you identified with really mattered. It dictated what you wore, the style of your hair, and how many guys you were realistically allowed to sleep with. If you were a Charlotte, you had better watch the number of Smirnoff Ices you drank at the bon-fire, because Mr. Right would not marry you if you lost your virginity on your high school track. If you were a Samantha, however, you could fuck the entire Varsity Lacrosse team with pride.

Once we went to college, rather than a fictional television character, your new identity became the letters you wore, the classes you actually attended, and the fraternities whose parties you frequented most. Sex and the City became something you’d watch on Sunday mornings as you were alternating between chugging a Gatorade and running to the bathroom. It was simply a way to pass time.

After graduation, when I was sinking into a serious depression from being unemployed, living with my parents, and drinking entirely too much, I got back into my Sex and the City groove. I started again with season one and worked my way through the sixth and final season. I did not leave my couch, with the exception of liquor store runs, for one week. It was at this point, that I realized something: I fucking hate Carrie Bradshaw.

I’d never considered Miranda to be a pivotal character in the show. She was merely the cynical, workaholic ginger with a Peter Pan haircut. Plus, while I always found her on-again-off-again boyfriend-turned-husband Steve to be super sweet, I’m convinced that he suffered from battered woman syndrome. Not to mention, I’m pretty sure that he was retarded. With Miranda down for the count, there are really only three important female characters.

Samantha and Charlotte can be categorized fairly easily. Samantha is the fun, slutty friend who you’d want to plan your bachelorette party, but who likely wouldn’t be invited to your child’s christening. She is the social chair in your sorority. She plans great mixers but is perpetually called to standards. Charlotte is the friend who picks out a china pattern after each date and has her future baby names saved in a Word document. She means well but could use the occasional slap. She’s the one who bakes gluten-free brownies for sisters and passes them out at the library. She is the loser, otherwise known as the academics chair.

This brings us to Carrie.

Carrie. Fucking. Bradshaw. I used to tolerate her. In fact, it’s fair to say that at one point, I may have even liked her, but now, ladies, now I believe Carrie Bradshaw to be the absolute worst. Maybe it’s because I no longer see her wardrobe choices as fashion forward. A combination of a bra, a waist belt, furry heels, tinsel hair extensions, and hot pants is actually stupid and hooker-esqe. Maybe it’s because I no longer find her column questions such as “Why is it always something?” to be thought-provoking, but rather laughably simple and idiotic. Maybe, because as someone who has a college degree and is living in one of the most expensive cities in the country, I become irrationally angry that Darren Star, the producer of the show, tricked my fifteen-year-old self into thinking that I could afford a nice apartment, nineteen dollar cocktails, and weekly shopping sprees at Manolo Blahnick, on the salary of a weekly columnist for a shitty newspaper. All of these things just crack the shell into the reasons I hate her so much. She’s whiny, she’s annoying, she has the face of a starving horse, and she’s fucking selfish.

She cheated on the most perfect of all perfections, Aidan, with her son of a bitch ex-boyfriend, Mr. Big. When her ugly, overpriced shoes were stolen from a baby shower, likely by a child seeing as they looked like they could have been sold at the Disney store, she literally registered herself at Manolo Blahnik and made a woman with three children and a brand new baby, buy her new shoes “in celebration of Carrie.” She made Miranda’s accidental pregnancy all about her, pestering her friends over whether or not she should’ve had an abortion almost a decade and a half ago. She spent $40,000 on shoes, leaving herself a 35-year-old woman with literally no savings, then pitched a bitch fit of epic proportions when Charlotte didn’t immediately offer to pay the down payment on her apartment for her. Then, to top it all off, she bragged about her amazing relationship with the Russian artist, while Samantha sat on a doctor’s table awaiting her breast cancer results. Fucked, right?

I don’t know if it’s because as a teenager, with the secret dream of being a writer, a part of me did idolize her. Now, as an adult, she’s a sad disappointment. She was a shitty friend. Her love life was one suicide away from categorically tragic, and her writing? Well, I’m not one to judge her topics of choice, but a writer who doesn’t pen stories of casual hook-ups and substance abuse would likely have a field day deconstructing Carrie Bradshaw’s columns. Like I said, though, that cannot be me.

I’ve come to the point where I really can’t watch the show anymore without getting ridiculously irritated. I’m at a point in my life, where rather than watch the show and imagine my future, I have to live it. I just hope I don’t fuck up as much as she did, and for the love of god, I pray my husband doesn’t leave me at the altar.